The losses and shock inflicted on my family feel strikingly similar to the ongoing conflict in Ukraine and the impact it is already having on the country's people. 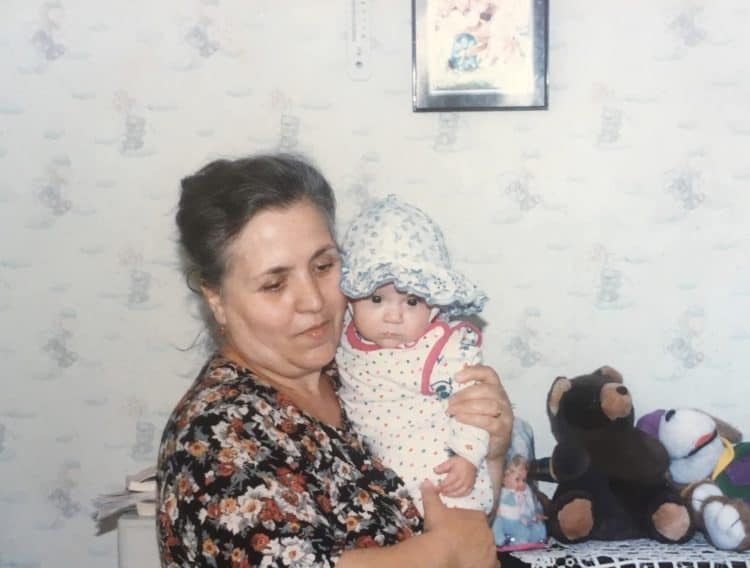 My grandmother, who raised me, died 12 years ago. I was too young then to realise I was the granddaughter of a child refugee who fled when the Russians invaded Basarabia in 1944 – a region which now sprawls across two-thirds of modern-day Moldova and into Ukraine.

The losses and shock inflicted on my family feel strikingly similar to the ongoing conflict in Ukraine, and the impact it is already having on that country’s people.

And, with her being among the last people alive to know what happened, I feel compelled to call her and find out what happened in a chapter of my family’s life which I hoped had been consigned to history.

Auntie is now 82. I could – and maybe should – have called earlier, but trauma is a roadblock: it renders asking questions hard, and answering them harder still.

But seeing Ukrainian families carrying their children towards border checkpoints, their whole lives stuffed into suitcases, compelled me to pick up the phone. I wanted to hear more about things of which I vaguely knew, about the countries where my roots are.

And I wanted to hear it from the last person in my family who ever had to hear the words: ‘the Russians are coming’.

‘It left a footprint on my family’

“I am glad you take interest in these things because we didn’t speak about this for a long time,” she tells me by phone from Constanta, Romania – a city 100 miles from the Ukrainian border, on the shores of the Black Sea.

“We first hid and kept quiet. There are many events which I overlooked, in the sense that we didn’t like to discuss them so I kept all the sadness in my soul but I couldn’t talk. These are events which left a footprint on my family.”

She admits she doesn’t feel fully capable of telling me the story. She tells me twice that she is scared about the times we are living in.

But, resilient as ever, manages to pull herself together and tells me their story.

Her mother – my great-grandmother – was Romanian and was sent to Basarabia to be a primary school teacher when the region belonged to Romania.

There, she married a Basarabian, also a primary school teacher. They had two daughters in a village called Cosernita, which at the time sat within a region called Soroca, close to Moldavia’s border with Ukraine.

Her mother’s parents were from Teleorman, a county in southern Romania, and her father’s parents from Hotin, a town which belonged first to Moldavia, then Russia, Romania, the Soviets – and now is part of Ukraine.

It was those Romanian roots on her mother’s side that allowed her and her family to flee to Romania when millions of Russian troops began their advance along the Dniester river border, where they lived. Her father, conscripted, stayed behind. So her mother took her, aged five, and my grandma, aged two, and ran.

“My dad was on the front. My mum had to leave because things were worsening. I was walking, she had a suitcase in one hand and my sister in the other. Imagine the drama we were going through,” she says.

Years after the war, they tried to take back the home they left behind in Basarabia, but their ownership of the house was not recognised. Still, they carried on, cherishing the fact that her father could seek refuge and join the rest of the family in Teleorman, due to being married to a Romanian.

He had eight brothers, and none of them were as lucky – they were deported by the Soviets to Khabarovsk, in southeastern Russia, and no one knew what happened to them. Years on, only two brothers managed to return.

Life as refugees in Romania

In Romania, Auntie tells me she and her family were hiding initially in her grandfather’s home in the village of Merisani.

“We weren’t talking to anyone, we were not sharing our story to anyone, because we were afraid of being sent back across the border. Basarabians were being exiled.”

Despite still fearing for their lives, they helped others too. Her parents’ godparents were invited to hide with them. Eventually, they all stopped being afraid that they would be sent away.

Her parents moved to a nearby village, Didesti, where her father became a primary school teacher. He then set up a school in another local village, Insuratei, which he helped to build, together with other villagers.

My grandma followed in her parents’ footsteps and became a primary school teacher.

This is the value of refugees. It is why Ukrainians should not have to go through additional needless suffering by being prevented to flee to a country of their choice, while staying in their homes is not a choice in the face of terror.

My grandma lost everything as a child, but the community in which her family ended up was nurtured, protected and educated by her and her parents.

She was the most generous person I have ever met – always managing to plant seeds of happiness into others’ fields because she knew the suffering of an abandoned land.

They fled a past of destruction and built a better future – not just for themselves, but for everyone they came across.

Related: EXCLUSIVE: Romanians overwhelmingly offer to host Ukrainian refugees in their own homes