A series of Twitter messages between WikiLeaks and the President’s son during the period before and just after the US election has been leaked. The correspondence had been turned over to a congressional investigation into Russian interference in the US election – with WikiLeaks suspected of having been a conduit. And it makes embarrassing reading […] 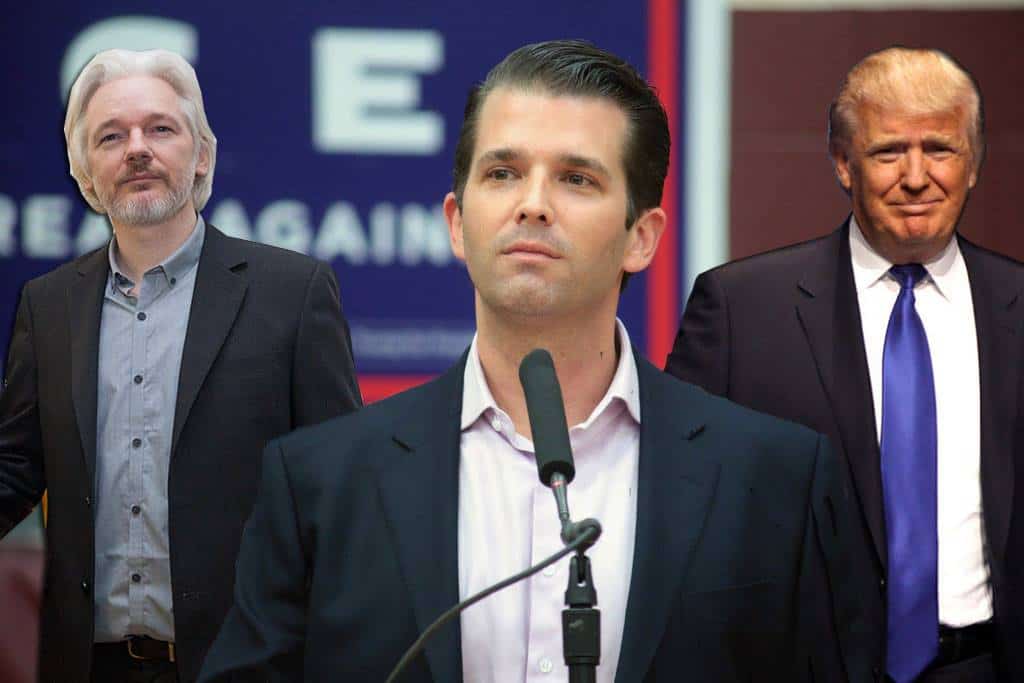 A series of Twitter messages between WikiLeaks and the President’s son during the period before and just after the US election has been leaked.

The correspondence had been turned over to a congressional investigation into Russian interference in the US election – with WikiLeaks suspected of having been a conduit.

And it makes embarrassing reading for WikiLeaks perhaps more than Trump Junior, as WikiLeaks which prides itself on being a transparency organisation attempts to help the Trump campaign spin against their opponents. 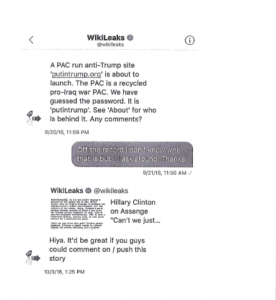 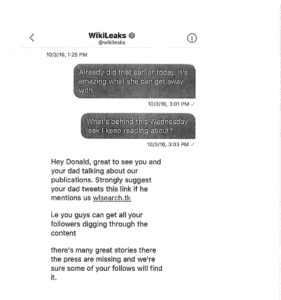 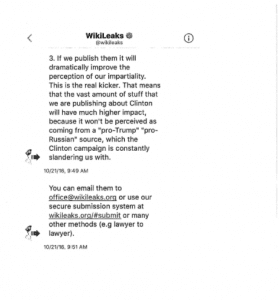 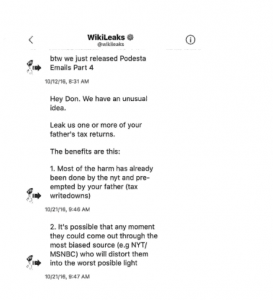 After the messages were leaked to The Atlantic, Donald Trump Junior published them himself to downplay their significance:

Here is the entire chain of messages with @wikileaks (with my whopping 3 responses) which one of the congressional committees has chosen to selectively leak. How ironic! 1/3 pic.twitter.com/SiwTqWtykA

What's truly ironic is that you're complaining about leaks. This was you 13 months ago. pic.twitter.com/WoT5pKE5Cl

Flashback: October 14, 2016. Pence responds to reports that the Trump campaign is in cahoots with WikiLeaks: "Nothing could be further from the truth." pic.twitter.com/J4AjDrtjWF

Also, here's your dad tweeting just after Wikileaks reached out to you on Oct 12, 2016 talking about how the press is "missing" stories.

Notice the similar complaint from your dad? pic.twitter.com/13WMdXyJk3