The ruling would deny legal abortions to women even in cases where a child is sure to die upon birth. 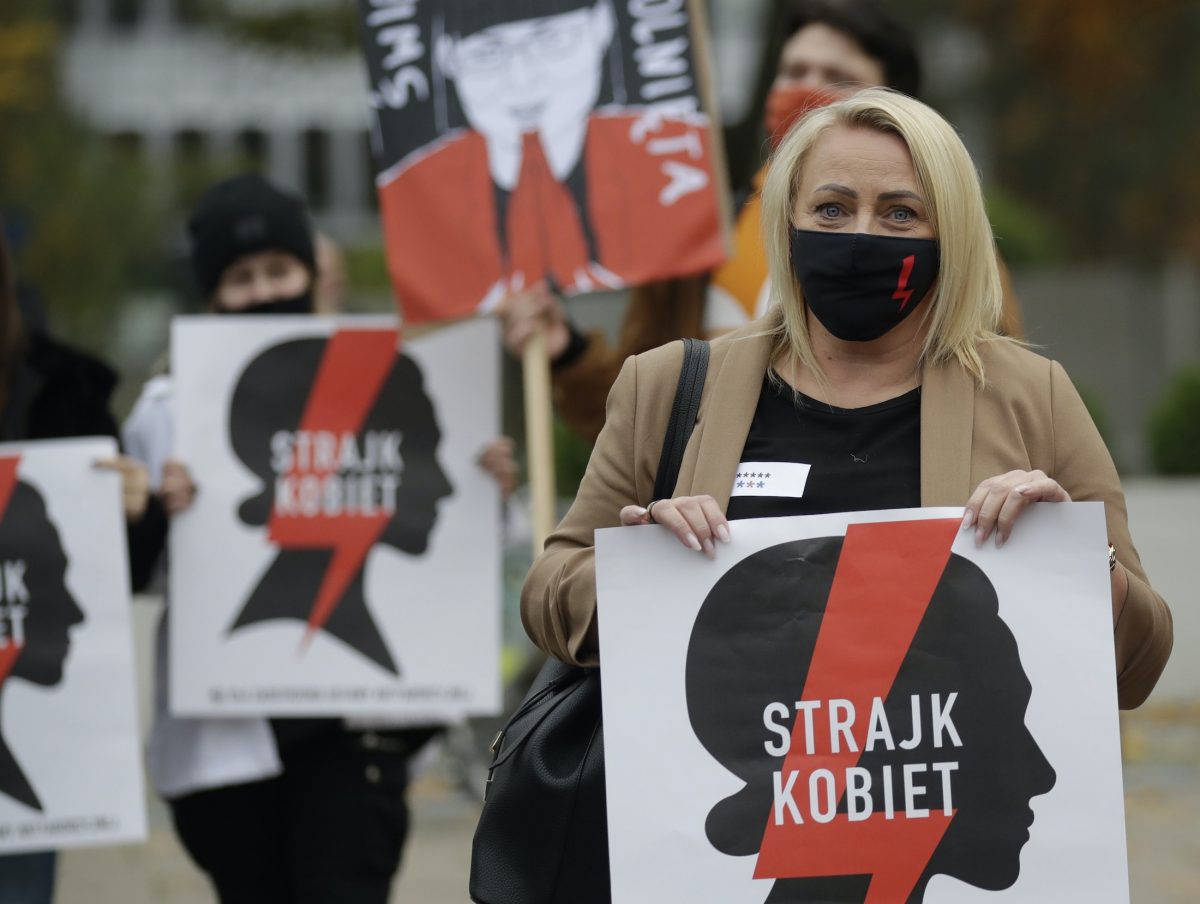 People across Poland are vowing to stay off their jobs on Wednesday as part of a nationwide strike in protest against a top court ruling that bans abortions in cases of congenitally damaged foetuses.

The nationwide strike comes amid a deepening standoff between angry crowds who have taken to the streets over the ruling and Poland’s deeply conservative government, which has vowed not to back down.

The constitutional court ruling last Thursday triggered daily mass protests across a nation of 38 million that are exposing deep divisions in a country of conservative Catholicism that is undergoing rapid social transformation.

Rage over the ruling, which would deny legal abortions to women even in cases where a child is sure to die upon birth, has been directed at the Roman Catholic church and Jaroslaw Kaczynski, the ruling party leader and most powerful politician in the country.

In actions unthinkable before, women entered churches on Sunday to disrupt masses, confronted priests with obscenities and spray-painted church buildings.

Mr Kaczynski accused protesters of seeking “to destroy Poland” late on Tuesday and called on supporters to defend churches “at any cost”.

He spoke to a camera backed by Polish flags in an announcement that some critics compared to a notorious announcement of martial law in 1981 by communist leader Wojciech Jaruzelski.

Some saw his words as an incitement to violence, since the 71-year-old holds the job of deputy prime minister in charge of police and security services.

Bartosz Weglarczyk, the editor of the new portal Onet, said Mr Kaczynski was in effect giving permission to football hooligans and far-right extremists “to beat people in the streets”.

“These words are shocking. These words can foreshadow anything, including the introduction of a state of emergency, censorship, arrests and God knows what else,” Mr Weglarczyk wrote.

The Women’s Strike, the key organisers of the protests over the past week, called the strike under the slogan “We are not going to work”.

Polish media reported that some university classes have been called off, while the mayors of Warsaw and Krakow are supporting the strike.