It comes as Donald Trump said mass shootings a reason to arm, not disarm. 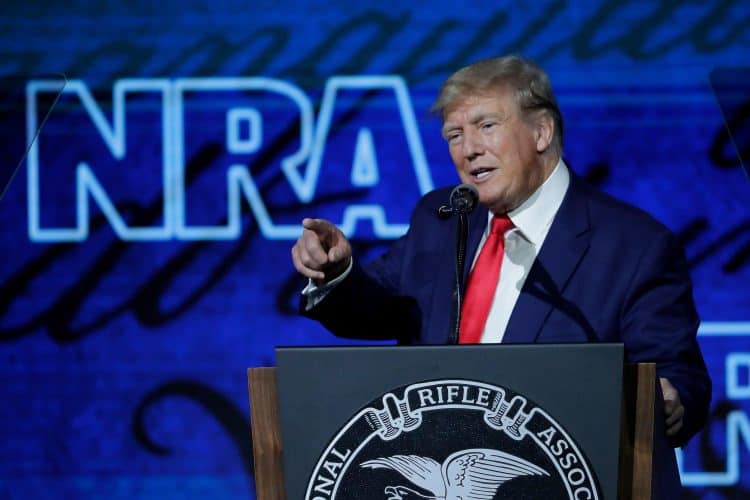 Texas congressman Ronny Jackson has defended the second amendment, and instead blamed the Texas elementary school massacre on ‘rap music’.

It comes as senior Republicans including former US president Donald Trump have addressed the National Rifle Association (NRA) annual convention in Texas – the same state which saw 19 children and two adults killed by a teenage gunman at an elementary school this week.

Mr Trump rejected calls for tightened gun controls, saying decent Americans should be allowed firearms to defend themselves against “evil”.

This claim is misleading. The percentage of US households with at least one gun in the home has not significantly changed over the past 50 years.

But the number of assault-type rifles, like the one used in the Uvalde school shooting and dozens of other school shootings, has skyrocketed since legislators let a Clinton-era 1994 ban on such weapons expire in 2004.

“I look back and I think about the horrible stuff they hear when they listen to rap music, the video games that they watch from a really early age with all of this horrible violence and stuff,” he said in an interview with Fox.

“I just think that they have this access to the internet on a regular basis, which is just, you know, it’s not good for kids.”