It comes as Stella Creasy was asked if she was 'drunk' after saying women can have a penis. 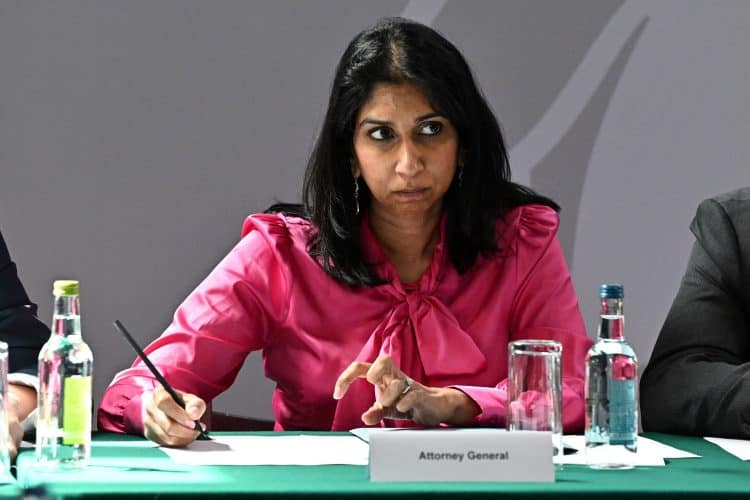 Attorney general Suella Braverman has said legally schools do not have to use a new pronoun for children or let them wear school uniform of the gender they want to.

It comes as Labour MP Stella Creasey said: “Do I think women were born with penises? Yes,” Creasy in an interview published Friday (27 May) in the Telegraph, she added: “But they are now women and I respect that.”

Tory MP Mark Jenkinson attacked Creasy writing: “are you drunk,” and called her ‘angry’ all the time.

Braverman said teachers should take a “much firmer line” on gender and schools can treat children by the gender they are born with.

“Under-18s cannot get a gender recognition certificate, under-18s cannot legally change sex. So again in the context of schools I think it’s even clearer,” she told The Times.

“A male child who says in a school that they are a trans girl, that they want to be female, is legally still a boy or a male. And schools have a right to treat them as such under the law. They don’t have to say OK, we’re going to let you change your pronoun or let you wear a skirt or call yourself a girl’s name.

“Equally if they say they’re nonbinary they still remain legally, and physically, the sex they were born to. The school doesn’t have to say, actually OK, we’ll take what this child says and we’ll change our systems and service to accommodate this child. It doesn’t have to do that.”

Braverman also praised JK Rowling – who has campaigned to protect female-only spaces – is a “heroine” of hers and she said she is “on her side”.

She said the author is “Very brave, very courageous. I’m on her side.”

Creasy has opposing views on the Harry Potter author, she said: “No, I don’t agree with her and I’m told I am a bad feminist because I take a different view.

“JK Rowling doesn’t support self-identification whereas I do. Of course, biological sex is real – it’s just not the end of the conversation.”