“Could we move that smoke bomb a little bit out there? We got elderly people here, guys.” 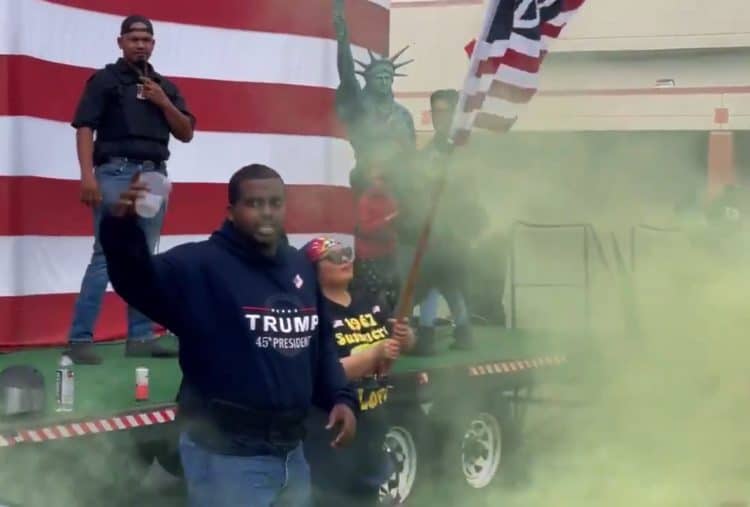 A right-wing protest involving the Proud Boys in Portland on Sunday culminated in a gunfight when anti-fascist demonstrators returned fire at a man who shot at them with a handgun in a downtown street.

The confrontation, which began around 4pm in the carpark of an abandoned Kmart where about 200 members of far-right groups had staged a rally, later spilled out onto a busy arterial road and the carpark of nearby Parkrose high school.

The Proud Boys dubbed the rallies “Summer of Love,” and this one, like many others, descended into chaos when they targeted counter-protesters who weren’t afraid to hit back.

Here is a video of the skirmishes.