The far right group were celebrating earlier this week after Donald Trump refused to denounce them. 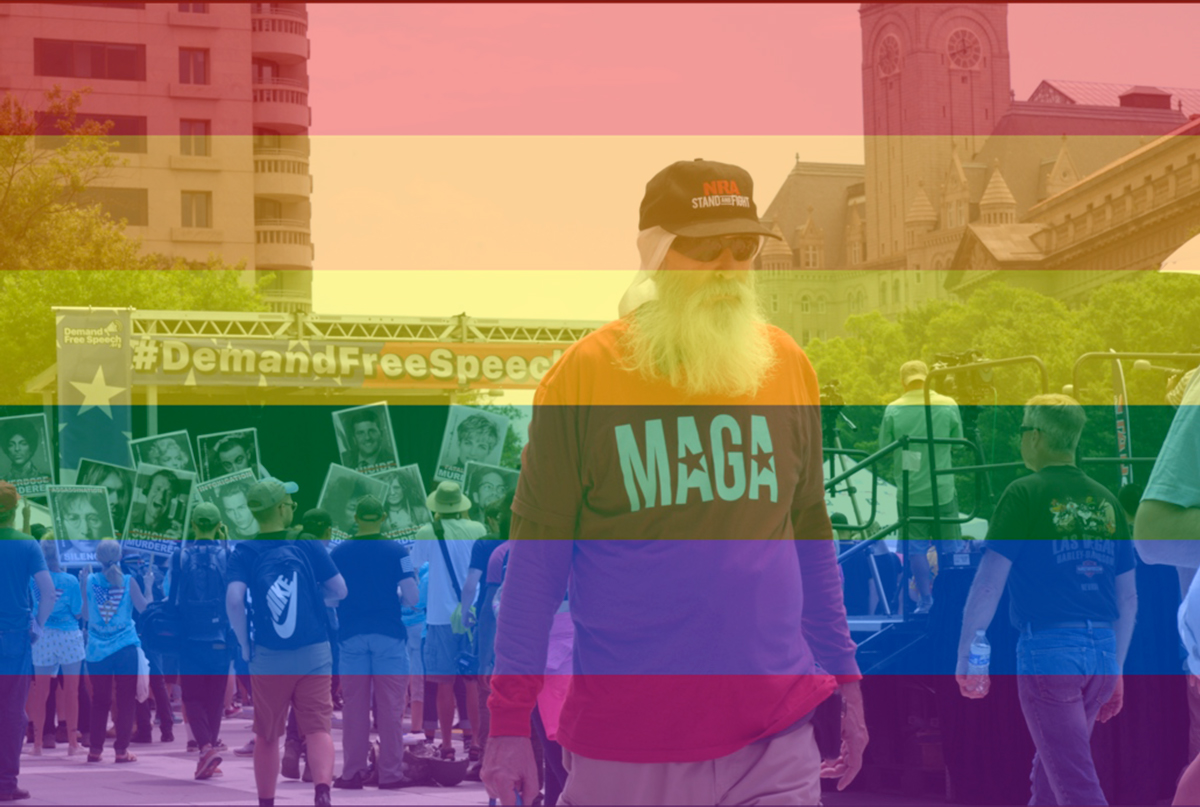 A hashtag used by the far-right fascist group, Proud Boys has been hijacked by the gay community to the delight of thousands of people on social media.

The male-only organisation, which is affiliated with white supremacists, gained notoriety this week after Donald Trump refused to condemn them in the first presidential debate.

The “historic” remarks were said to amount to an endorsement of their violent actions, with the group allegedly seeing a spike in “new recruits” on the back of his comments.

Chris Wallace: "Are you willing, tonight, to condemn white supremacists and militia groups and to say that they need to stand down…"

Trump: "Proud Boys, stand back and stand by! But I'll tell you what, somebody's got to do something about antifa and the left." pic.twitter.com/4vrPocKzcu

But in a sign that social media could be ‘healing itself’, their hashtag was taken over today by the gay community.

Drown out the noise!

Proud of these #ProudBoys pic.twitter.com/SYGrhok8dJ

The reclaiming of #ProudBoys is wonderful. Here’s me and my husband. Together for 20 years and married for 3. Both very proud boys. pic.twitter.com/U2Dj95wpxy

Fantastic, I love this. #ProudBoys https://t.co/ZKB1CgPQC7

Had the pleasure of meeting these two #ProudBoys a while back. Gentlemen, both of them. Brad is a treasure. pic.twitter.com/ASQZDliHCc

May the #ProudBoys hashtag being hijacked by the gays bless your timeline. ❤???????? Fuck Nazi scum. pic.twitter.com/RPEXtv9sAX