Trump stood before a White House lectern and delivered a 46-minute diatribe against the election that produced a win for Democrat Joe Biden, uttering a series of claims to back his baseless assertion that he really won. 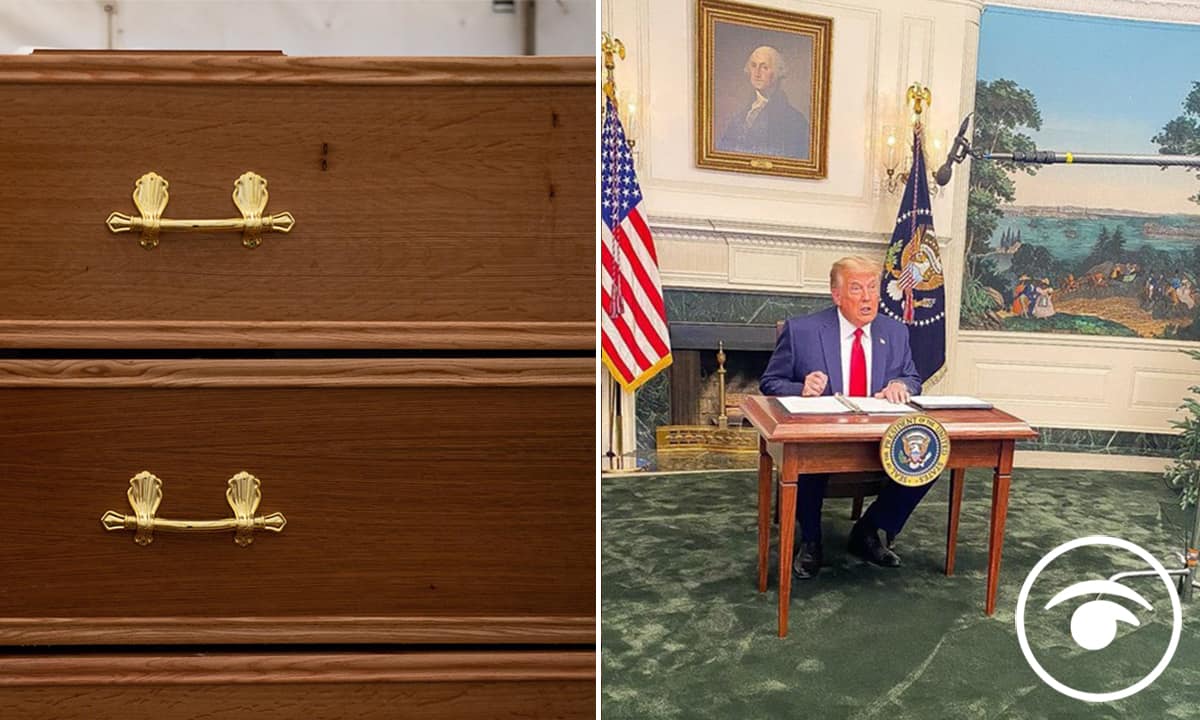 Trump stood before a White House lectern and delivered a 46-minute diatribe against the election that produced a win for Democrat Joe Biden, uttering a series of claims to back his baseless assertion that he really won. It comes as the US recorded it’s highest number of Covid-19 deaths in a single day,

Appearing increasingly detached from reality, Mr Trump called his address, released Wednesday only on social media and delivered in front of no audience, perhaps “the most important speech” of his presidency.

But it was largely a recycling of the same litany of misinformation and unsubstantiated allegations of voter fraud that he has been making for the past month.

Mr Trump, who spoke from the Diplomatic Room, kept up his futile pushback against the election even as state after state certifies its results and as Mr Biden presses ahead with shaping his Cabinet in advance of his inauguration on January 20.

The president’s remarks raised questions about how far he may be willing to go in his campaign to overturn Mr Biden’s win, including whether he might press Republicans in Congress to block certification of the vote, a move that has been floated by the president’s allies.

Mr Biden received a record 81 million votes compared to 74 million for his opponent. The Democrat also won 306 electoral votes compared to 232 for Mr Trump. The Electoral College split matches Mr Trump’s victory over Hillary Clinton four years ago, which he described then as a “landslide”.

Mr Trump dug further into his contention of a “rigged election” even though members of his own administration, including Attorney General William Barr, say no proof of widespread voter fraud has been uncovered. Courts in multiple battleground states have dismissed a barrage of lawsuits filed on behalf of the president.

“This is not just about honouring the votes of 74 million Americans who voted for me,” Mr Trump said. “It’s about ensuring that Americans can have faith in this election. And in all future elections.”

In fact, his baseless claims are having the opposite effect — undermining public faith in the integrity of US elections.

About an hour after it was posted, Mr Trump’s video had been viewed hundreds of thousands of times on Facebook and shared by more than 60,000 Facebook users. Both Facebook and Twitter flagged the president’s posting as problematic, with Twitter noting Mr Trump’s claims about election fraud were disputed.

Julian Zelizer, a professor of political history at Princeton University, said the nation has seen close elections before — 1800, 1876 and, most recently in 2000 – but this year’s election did not fit in that category.

“This is just a random baseless attack on the entire election,” Mr Zelizer said. “Trump has no turning point. I often say there are parallels or precedents, but there aren’t in this case. He keeps bending norms.”

Mr Trump said the election results should be “overturned immediately” in several battleground states and suggested the Supreme Court should intervene in his favour, saying: “Hopefully, they will do what’s right for our country because our country can’t live with this kind of an election.”

The US recorded over 3,100 Covid-19 deaths in a single day, obliterating the record set last spring, while the number of Americans in hospital with the virus has eclipsed 100,000 for the first time and new cases are topping 200,000 a day, according to figures released on Thursday.

The three benchmarks altogether showed a country slipping deeper into crisis, with perhaps the worst yet to come, in part because of the delayed effects from Thanksgiving, when millions of Americans disregarded warnings to stay home and celebrate only with members of their household.

Across the US, the surge has swamped hospitals and left nurses and other health care workers shorthanded and burned out.

“The reality is December and January and February are going to be rough times.

“I actually believe they are going to be the most difficult time in the public health history of this nation,” Dr Robert Redfield, head of the Centres for Disease Control and Prevention, said on Wednesday.

Health authorities had warned that the numbers could fluctuate strongly before and after Thanksgiving, as they often do around holidays and weekends, when because of reporting delays, figures often drop, then rise sharply a few days later as state and local agencies catch up with the backlog.

Still, deaths, hospital admissions and cases in the US have been on a fairly steady rise for weeks, sometimes breaking records for days on end.

Nationwide the coronavirus is blamed for over 270,000 deaths and about 14 million confirmed infections.