The ORR said this is likely to be due to an increase in service and passenger numbers amid an easing in coronavirus restrictions. 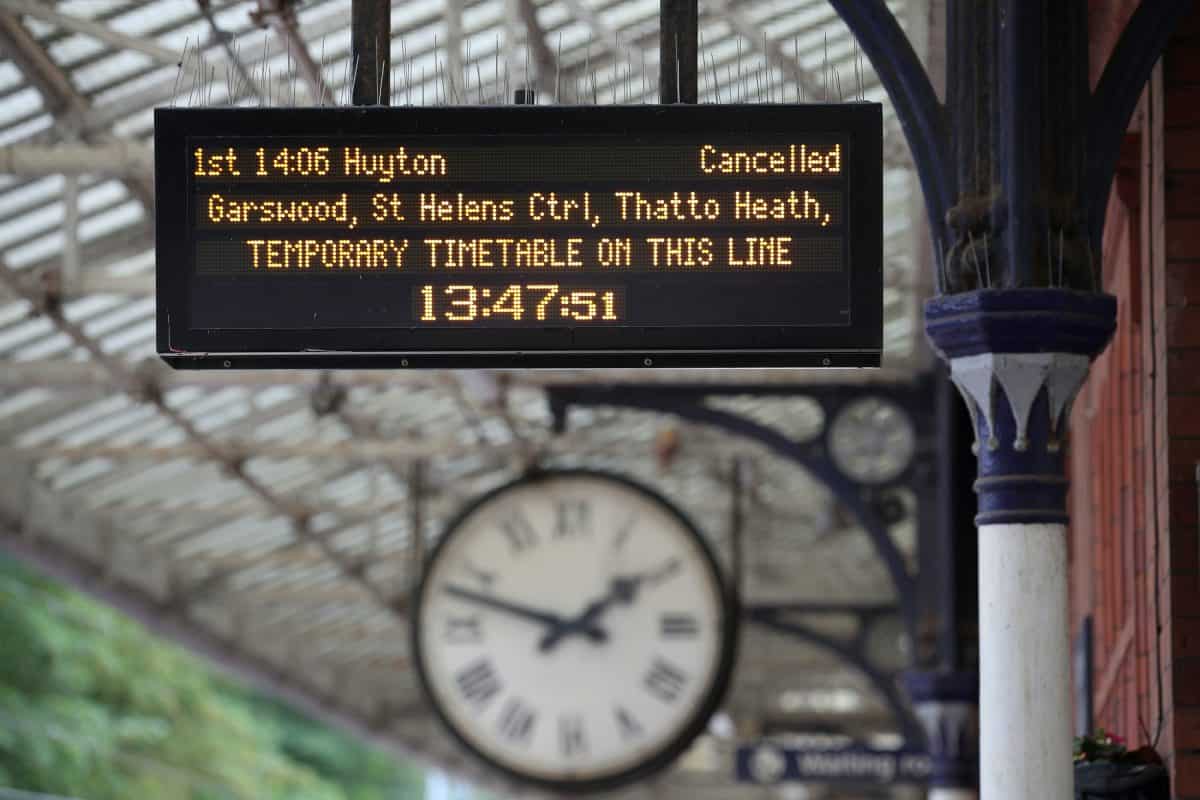 Some 79.3% of stops at stations were made within a minute of the schedule across Britain between July and September, the Office of Rail and Road (ORR) said.

This is down from 86.4% during the previous three months.

The ORR said this is likely to be due to an increase in service and passenger numbers amid an easing in coronavirus restrictions.

Despite the reduction in performance, the three-month period between July and September was still the second best quarter for punctuality in records dating back to 1997.

Separate Department for Transport data shows demand for train travel fell to as low as 4% of pre-pandemic levels from April to June, shortly after the virus crisis began.

But this rose to as much as 43% in the following three months.

Rail minister Chris Heaton-Harris said: “Passengers rightly expect their trains to be on time. Recent numbers show a significant improvement in punctuality, and this must continue.

“As we continue to build back better from Covid-19, we will be working closely with train operators to keep these numbers up and provide punctual, reliable services.”