Reacting to the mounting death toll of the Texas school shooting, Donald Trump said such outrages have been “going on too long in our country.” Offering his condolence to the bereaved, the President of the United States vowed his government would “do everything in our power” to protect the nation’s students. “My administration is determined […] 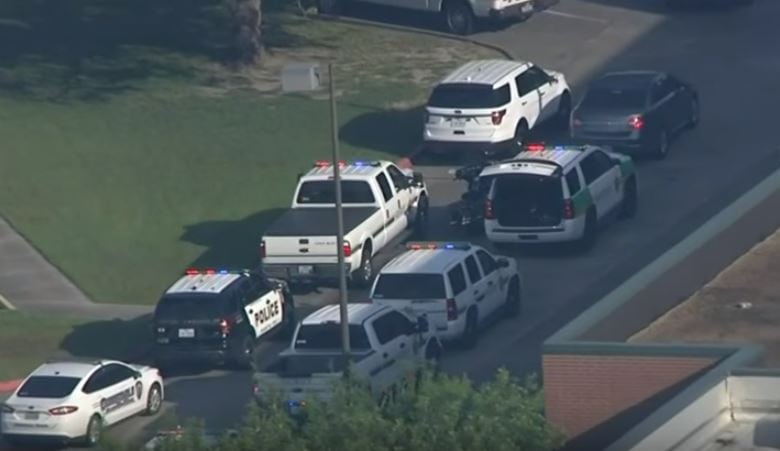 FacebookTwitterLinkedinEmailWhatsapp
Reacting to the mounting death toll of the Texas school shooting, Donald Trump said such outrages have been “going on too long in our country.”

Offering his condolence to the bereaved, the President of the United States vowed his government would “do everything in our power” to protect the nation’s students.

“My administration is determined to do everything in our power to protect our students, secure our schools and do everything we can to keep weapons out of the hands of those who pose a threat to themselves and to others,” Trump announced, reacting to the tragedy at Santa Fe High School.  “Everyone must work together at every level of government to keep our children safe,” he told press gathered at the White House.

“This has been going on too long in our country. Too many years. Too many decades now,” said Trump, who had promised legislative action after the Parkland shooting in February.

Following the Florida shooting that saw pupils from around the US marching on Washington demanding action, Trump met survivors of school shootings and their families vowed to introduce tougher background checks and mental health screening for people buying firearms.

Though after meeting with NRA figures who have heavily funded his political campaign, he appeared to backtrack.

One survivor of the Stoneman Douglas High School shooting in Parkland, Florida, David Hogg today tweeted: “Get ready for two weeks of media coverage of politicians acting like they give a shit when in reality they just want to boost their approval ratings before midterms.”

There has been one school shooting a week in the US throughout 2018. This has not stopped Donald Trump addressing the National Rifle Association conference this month, vowing to protect their right to carry firearms and equating attempts to legislate on weaponry with “banning cars or trucks.”

So far, the death toll in Texas appears to be nine pupils but the police warned that that could change.

Witnesses reported a young man in a trench coat bursting into a classroom and firing a gun. Terrified pupils said the fire alarm went of at 8 am local time just before gunshots were heard.

The majority of those shot were students Sheriff Ed Gonzalez of the Harris County Sheriff’s Office told reporters at the scene.

Gonzalez said two male students had been detained by police. He added that an “injured police officer is being treated, the extent of his injuries are unknown.”

Reports are emerging of explosives found in the school.

As police responded to the shooting, witnesses reported a man wearing a red Make America Great cap, carrying a flag and a pistol turned up. Police stopped the man immediately.

“This idiot is walking down the street with a pistol by his side,” an outraged resident told the local TV station. “I believe in the second amendment. But this is a crime scene, this is a slap in the face.”