Mohamad Karkoubi moved from Aleppo to Aberystwyth with his family in 2015. 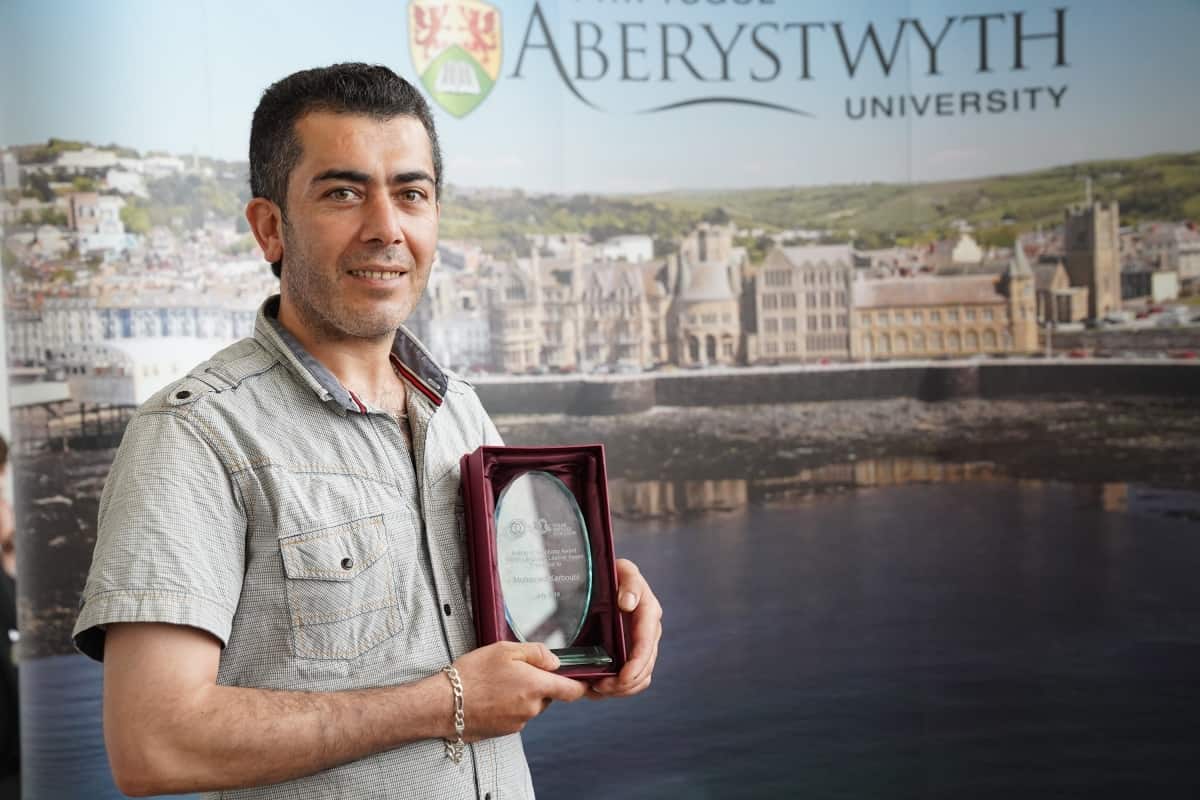 A Syrian refugee who lives in Aberystwyth has won an award for learning Welsh.

Mohamad Karkoubi and his family fled the war-torn city of Aleppo in northern Syria in December 2015.

They reached Lebanon, where they were selected by the Home Office and UN to come to the UK.

The father-of-three, who works as a blacksmith in Tregaron, Ceredigion, began an intensive Welsh course last year.

Awards were given to refugees and asylum seekers who have excelled in the arts, languages, business and volunteering.

“I am delighted to receive this special award,” Mr Karkoubi said.

“I really enjoy learning Welsh. The language has helped me and my family to feel part of the community in which we live.

“I have the opportunity to use Welsh with other learners in the classroom, and at work every day. I am very grateful to the tutor, Rob Dery, and to everyone who helps me.”

He attends the course, delivered by Ceredigion County Council and Learn Welsh Ceredigion-Powys-Carmarthenshire, twice a week.

Mr Karkoubi, his wife Eshraq and their three children, Mayes, Rimes and Mostapha, came to the UK as part of the refugee resettlement scheme.

In March, the family attended a Welsh for the Family weekend at Urdd Gobaith Cymru’s residential centre at Llangrannog.

Sion Meredith, head of Learn Welsh at Ceredigion-Powys-Carmarthenshire, said: “Mohamad has thrown himself into community life in Ceredigion, and appreciates that he lives in a bilingual area.

“He is very keen to learn the language of his adopted country, and has faced the challenge with joy and enthusiasm.

“We wish him well as he continues to learn to speak Welsh.”

The awards were presented in Cardiff earlier this month.