Son's injury is a crushing blow as he joins Kane on the injury list. 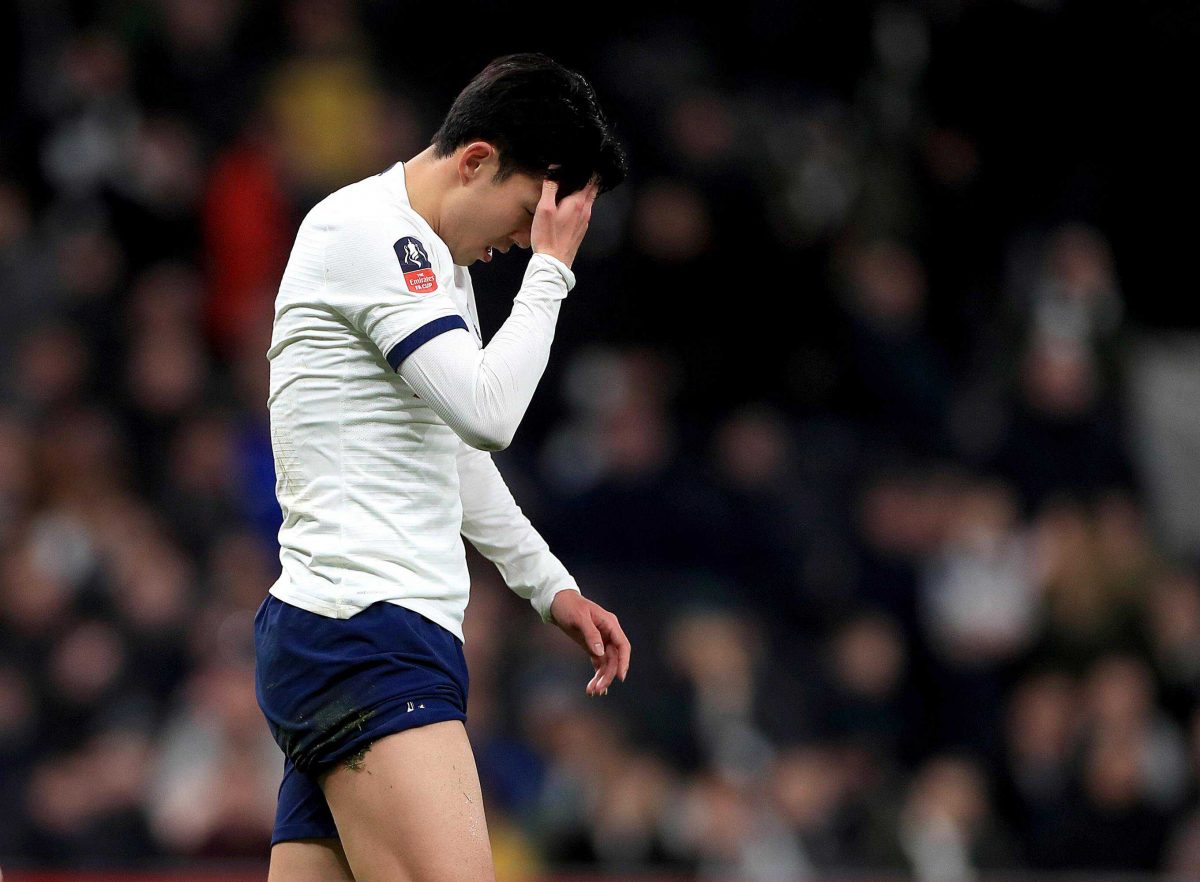 Son Heung-min faces between six and 12 weeks out of action after undergoing surgery on a fractured arm suffered in Sunday’s 3-2 win at Aston Villa – an injury that did not stop him scoring two goals.

It leaves Spurs without a recognised striker for a crucial part of the campaign which could define their season and a player who has scored six goals in five games.

Mourinho described the news as heartbreaking and says that he must now “play without a striker”.

“I’m don’t count on him again this season,” he said ahead of Tottenham’s Champions League tie with RB Leipzig.

“If he plays two or three games then it’s because he (the press officer) is very optimistic, but I’m not counting on him.

“Yeah, bad news. For how long we are going to miss him, Simon (Felstein, press officer) said a very nice way to write the statement.

“If I was the one to write the statement I would write different than he did. So you can understand what I mean. We miss him. According to Simon for a number of weeks.”

“It’s a massive blow for us. He’s a top player and in such good form at the moment, especially coming off the back of the weekend,” Harry Winks said.

“He brings more than just his goals to the team, his work-rate, energy and experience. A massive loss for us, but we’ve got good enough players who can fill in and hopefully score us goals.”

Moura and recent signing Bergwijn could form a forward pairing in a 5-3-2 formation. Their pace and mobility running in behind opposition defences would cause teams problems.

Dele Alli as a number nine

Alli is good in the air and has the physical attributes to hold off defenders, together with the skill and intelligence to find space between the lines and beyond the last line of defence.

Mourinho tried it at Watford a month ago, with a midfield trio of Harry Winks, Alli and Giovani Lo Celso assisting a front three of Lamela, Son and Moura.

Ahead of Spurs’ Champions League tie against RB Leipzig Mourinho said: “My thoughts are that Troy Parrott is not ready.”

What time is game on?

The first leg of the Champions League last 16 will take place on Wednesday, February 19.

Kick off is at 8pm

The match will be held at the Tottenham Hotspur Stadium.

BT Sport subscribers can live stream the action via the BT Sport app through their computer, mobile or tablet device.