With Roe vs Wade repealed, a number of senior Tories and their associates have indicated a level of support for the US abortion ban. 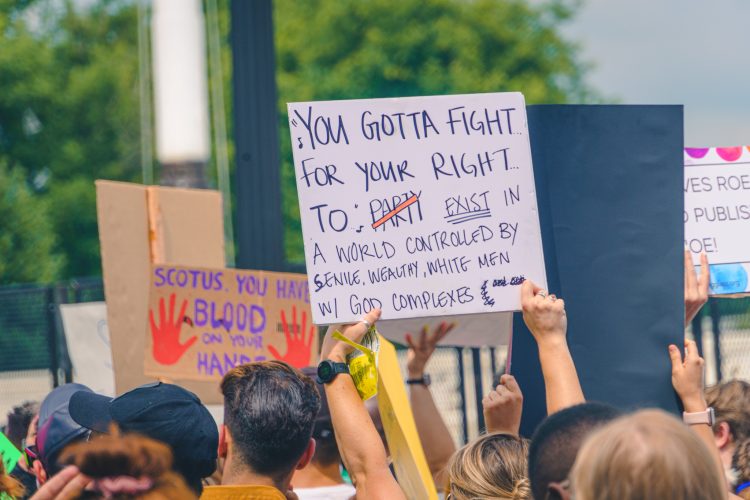 The US Supreme Court’s decision to overturn Roe vs Wade has effectively created an abortion ban, in roughly half of all American states. The earth-shattering ruling has largely reviled Brits across the pond – but some renowned Tories have come out in support of the verdict.

The MP for Blackpool South retweeted a celebratory post from the GOP, who hailed the overturning of Roe vs Wade with a message that read ‘life wins’ – the Tweet was then subsequently deleted by the elected Tory, following a public backlash.

The senior Tory Peer was much more forthcoming with his support for the abortion ban, labelling the controversial verdict as ‘a great victory for US democracy’. His Tweet on the matter has been widely disparaged by other social media users, though.

The former Conservative Party Councillor, who is now a well-known economist, went wild with his reaction. He also had the temerity to compare the widespread availability of abortions to the Holocaust. Eish…

“Reversal of Roe vs Wade will save hundred of thousands of innocent lives in the US every year. In terms of its contribution to human dignity, it is in the same order of magnitude as the end of the Holocaust.”

The conservative lobby group presented one of the more grotesque takes on the situation, revelling in the misery the abortion ban will cause. TPUK also requested for the same laws to be overturned in the UK.

Fantastic to hear that Roe v Wade has been overturned!

No doubt the left will riot tonight.

More importantly when will we overturn abortion laws in the UK? In some cases you can legally abort a baby up until birth – which is evil.

It’s time to reignite the fight for life.

Can we also count some former coalition partners of the Tories? DUP MP Carla Lockhart was seen liking Tweets that praised the decision to overturn Roe v Wade as a ‘great day’, with one praying that ‘the UK and Ireland are next’.

What about Jacob Rees-Mogg?

Although he hasn’t yet signalled his support for the overturning of Roe vs Wade, the Brexit Opportunities Minister is known anti-abortionist.

In 2017, he made it clear that ‘life is sacrosanct’, stating that women who are made pregnant as a result of rape or incest must also ‘carry the baby to term’. His utterances over the next few days will certainly be worth monitoring.