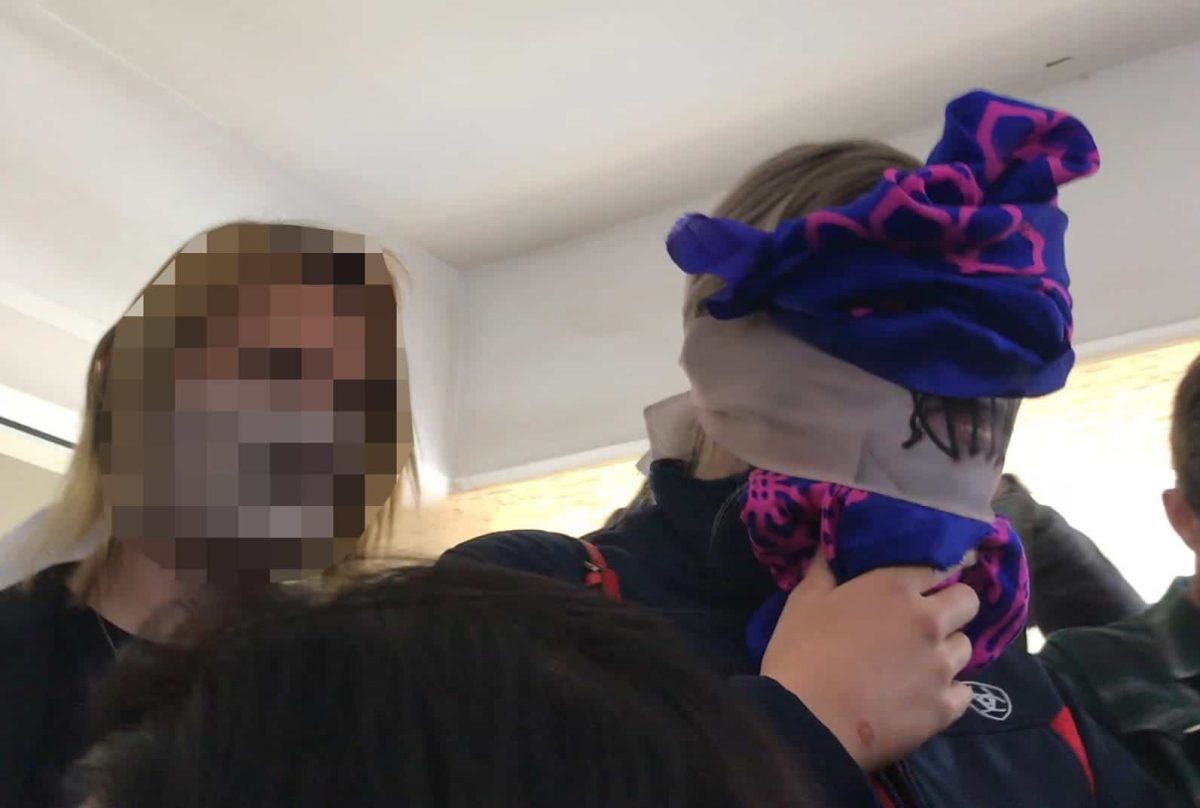 The mother of a British teenager found guilty of lying about being gang-raped in Cyprus has backed calls for a tourism boycott of the country.

The woman, who cannot be named for legal reasons, told BBC Radio 4’s Today programme that she supported the campaign and that she believes the resort town of Ayia Napa is unsafe.

“The place isn’t safe – it is absolutely not safe. And if you go and report something that’s happened to you, you’re either laughed at, as far as I can tell, or, in the worst case, something like what’s happened to my daughter may happen,” she said.

But she was charged and the dozen young men, aged between 15 and 20, who were arrested over the incident, were freed after she signed a retraction statement 10 days later.

The woman said her daughter is experiencing post-traumatic stress disorder (PTSD), hallucinations, and is sleeping for up to 20 hours a day because of a condition called hypersomnia.

“She needs to get back to the UK to get that treated – that’s my absolute primary focus. She can’t be treated here because hearing foreign men speaking loudly will trigger an episode…

“It needs resolving otherwise she’s going to carry on having this for the rest of her life,” the woman said.

She said her daughter had planned to go to university this year after being accepted for the courses she applied for and being offered a bursary at one institute.

“So, no question, she would have gone to university, but it was in a career that she wouldn’t be able to do with this ‘public mischief’ verdict, so – again, life-changing for her – she needs to totally rethink her options.”

A crowdfunding appeal to raise money for legal support for her daughter has passed £80,000.

The “help teen victim get justice in Cyprus” GoFundMe page was set up by British lawyer John Hobbs in August to raise cash for the 19-year-old’s legal representation.

A number of prominent legal figures in Cyprus have written to attorney general Costas Clerides urging him to intervene in the case.

The group includes former justice minister Kypros Chrysostomides, who told the BBC that the woman involved had “already suffered a lot” and he expected her sentence would be “very lenient”.

He said: “She has already been in detention for four-and-a-half weeks and she has been prevented from travelling for about five months already.”

The teenager claimed in court she was raped but forced to change her account under pressure from Cypriot police.

The Foreign Office said the UK was “seriously concerned” about the fairness of the woman’s trial and it is understood officials have raised the “deeply distressing case” with the Cypriot authorities.

The teenager’s mother said she would “definitely” like the Foreign Secretary to intervene in the case.

She told Radio 4: “I would love the Foreign Secretary to get involved, that would be fantastic.”

She said they will be appealing against the verdict “without question” and hoped the FCO could help them progress the case to the Cypriot Supreme Court.

She added: “Unfortunately there’s quite a long waiting list, so our lawyers are looking at what could be done to expedite that.

“That’s something maybe the Foreign Office can help us with.”

Lawyers and campaigners criticised the justice system after she was convicted of public mischief at Famagusta District Court, in Paralimni, on Monday.

And the psychologist who assessed the woman as part of her defence case, Dr Christine Tizzard, said she was concerned the trial had not fully considered that she had been diagnosed with PTSD.

She told The Guardian: “The salient point is that she was diagnosed with PTSD. That’s a standalone diagnosis. It’s a valid diagnosis and it hasn’t really been fully represented.

“Aside the fact it hasn’t been fully represented, it means she’s been unable to get the treatment she so sorely needs and every day she’s not having treatment the worse it gets.”

But the government of Cyprus has said it has “full confidence in the justice system and the courts”.

Cyprus’s attorney general said on Tuesday that he could not suspend the trial because she had levelled “grave accusations” against police investigators that had to be adjudicated in court.

Mr Clerides said the woman’s allegation that police coerced her into retracting her rape claim “could not have been left to linger” so he could not move to suspend the trial.

In a statement, he added: “Any intervention on the part of the attorney general, either for reasons of public interest or any other reasons, would have constituted nothing more than an obstacle to ascertaining the true facts of the case, as well as interference in the judiciary’s work.”

Judge Michalis Papathanasiou said he believed the woman had made false allegations because she felt “embarrassed” after realising she had been filmed having sex in a video found on some of the Israelis’ mobile phones.

The woman has been on bail since the end of August, after spending a month in prison, and could face up to a year in jail and a 1,700 euro (£1,500) fine when she is sentenced on January 7.