James Alex Fields Junior apologised to the judge before he was sentenced. 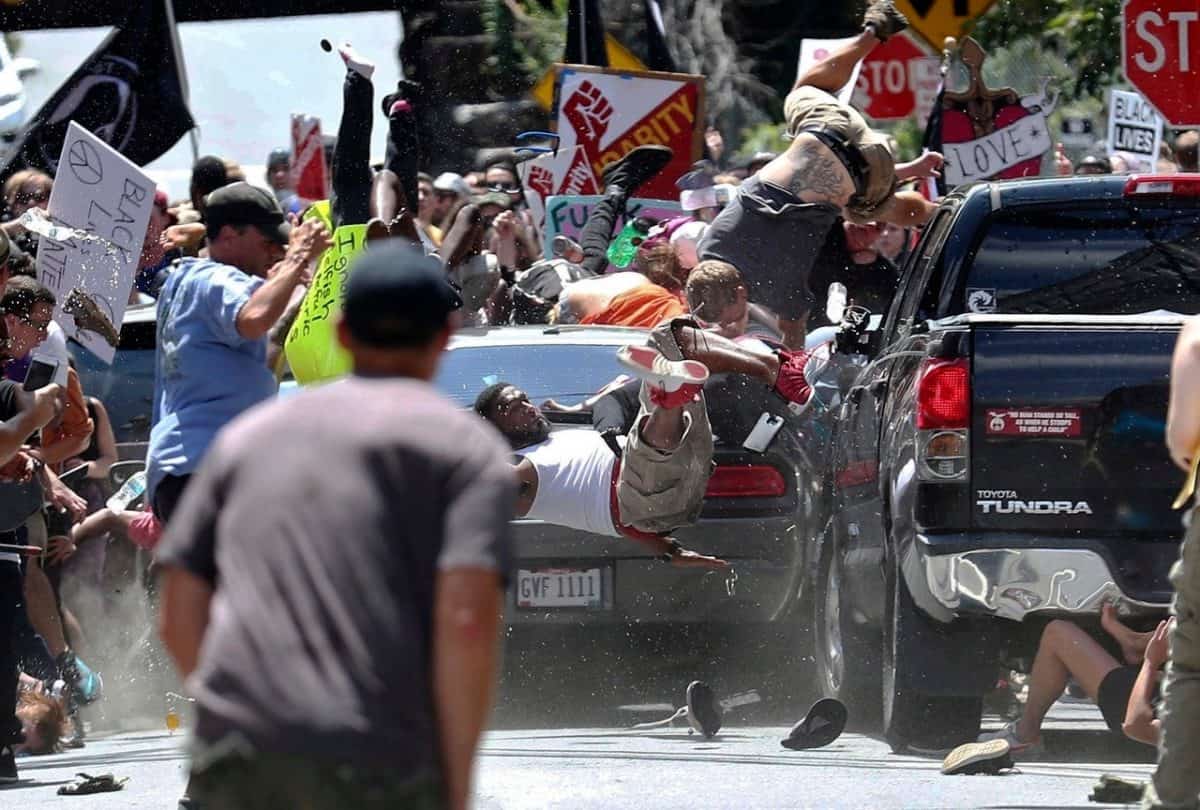 An avowed white supremacist who ploughed his car into a crowd of counter-protesters, killing a young woman, apologised to his victims on Friday before being sentenced to life in prison on hate crime charges.

James Alex Fields Jr of Maumee, Ohio, had pleaded guilty in March to 29 of 30 hate crimes in connection with the 2017 attack that killed Heather Heyer and injured more than two dozen others.

Prosecutors and Fields’ lawyers agreed that US federal sentencing guidelines called for a life sentence.

But in a sentencing memo filed in court last week, his lawyers asked US District Judge Michael Urbanski to consider a sentence of “less than life”, hoping he would take into account Fields’ troubled childhood and mental health issues.

President Donald Trump sparked controversy when he blamed the violence at the rally on “both sides”, a statement that critics saw as a refusal to condemn racism.

Prosecutors said Fields had a long history of racist and anti-Semitic behaviour and had shown no remorse for his crimes.

They said he is an avowed white supremacist, admired Adolf Hitler and even kept a picture of the Nazi leader on his bedside table.

During the sentencing hearing Friday, FBI Special Agent Wade Douthit said Fields “was like a kid at Disney World” during a high school trip to the Dachau concentration camp in Germany.

Mr Douthit read grand jury evidence from a high school classmate of Fields who said Fields appeared happy and made the remark: “This is where the magic happened.”

The statement provoked audible gasps from the crowd that had packed into the Charlottesville courtroom.

The classmate said when Fields viewed the camp’s gas chamber he said: “It’s almost like you can still hear them screaming.”

Mr Douthit said the classmate was so disgusted by Fields’ remarks he stopped associating with him.

Before the sentencing, Fields, accompanied by one of his lawyers, walked to a podium in the courtroom and spoke.

“I apologise for the hurt and loss I’ve caused,” he said.

“Every day I think about how things could have gone differently and how I regret my actions. I’m sorry.”

His comments came after more than a dozen survivors of and witnesses to the attack delivered emotional evidence about the physical and psychological wounds they had received as a result of the events that day.

“You had a choice to leave Charlottesville, but you did not,” said Rosia Parker, a longtime civil rights activist in Charlottesville who said she was standing feet away from Ms Heyer when she was struck by Fields’ car.

“You could have done anything else but what you did,” Ms Parker said, her voice choking as she stared directly at Fields.

“So, yeah, you deserve everything that you get.”

Fields appeared stoic and did not look at Parker or any of the victims as they spoke.

Ms Heyer’s mother, Susan Bro, said she wanted Fields to spend his life in prison but also hoped he would get the medication he needed and that one day he would change his views and no longer support white supremacy.

“I hope he can heal someday and help others heal,” Ms Bro said.

Fields drove from his home in Maumee, Ohio, to attend the Unite The Right rally on August 12 2017, which drew hundreds of white nationalists to Charlottesville to protest against the planned removal of a statue of Confederate General Robert E. Lee.

Hundreds of counter-protesters showed up as well.

During Fields’ state trial and in their sentencing memo, his lawyers focused on his history of mental illness and traumatic childhood.

A psychologist gave evidence that Fields had inexplicable volatile outbursts as a young child, was diagnosed with bipolar disorder at age six and was later diagnosed with schizoid personality disorder.

In a sentencing memo, defence attorneys said Fields was raised by a paraplegic single mother and suffered “trauma” knowing that his Jewish grandfather had killed his grandmother before taking his own life.