“They started scattering like (expletive) cockroaches … It’s kind of funny if you ask me.” 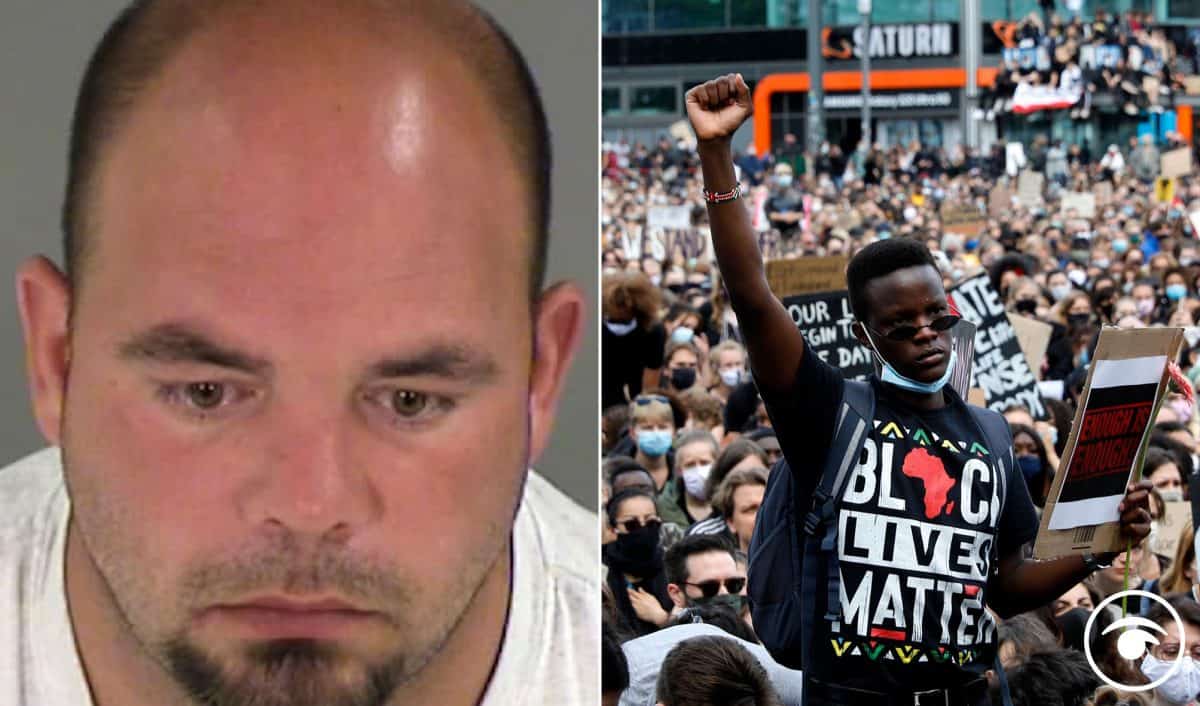 A member of the Ku Klux Klan has been sentenced to three years and eight months in prison on charges of driving his pickup truck through a crowd of Black Lives Matter protesters in Virginia.

Harry Rogers, 37, of Hanover County, was convicted of three counts of assault and battery, one count of destruction of property and one count of failure to stop at the scene of an accident in connection with the attack last June in Henrico County near Richmond, the state capital, news outlets reported.

Rogers pleaded guilty on February 5 and had three felony charges and a fourth misdemeanour assault count dropped. He was originally sentenced to six years in jail in August, but he appealed that conviction.

The authorities said Rogers struck at least two people after driving over a strip of land near a Confederate monument and then through a group of protesters in the road.

Nobody was seriously injured, although officials said he ran over a man’s toe and twice hit a woman who stepped in front of the truck.

Defence attorney George Townsend argued that the protesters who were struck put themselves in the vehicle’s way.

Mr Townsend had previously said Rogers was a member of the KKK.

Before he was arrested, Rogers boasted about the incident on social media.

“This Chevrolet 2500 went up on the curb and through the protest,” he said on a Facebook live video played in court.

“They started scattering like (expletive) cockroaches … It’s kind of funny if you ask me.”

He told the court on Tuesday that he was sorry for his actions, and he said he “didn’t make the right decisions that day”, news outlets reported.

The incident came last year amid nationwide protests against racial injustice and law enforcement treatment of minorities after the police custody death of George Floyd in Minneapolis.

Related: Home Alone 2 star Trump resigns from Screen Actors Guild in a huff after they threaten to expel him