Ignoring the “shadows cast by our shared past” hints at a wider reluctance to engage with the legacy of imperialism, Michael D. Higgins said. 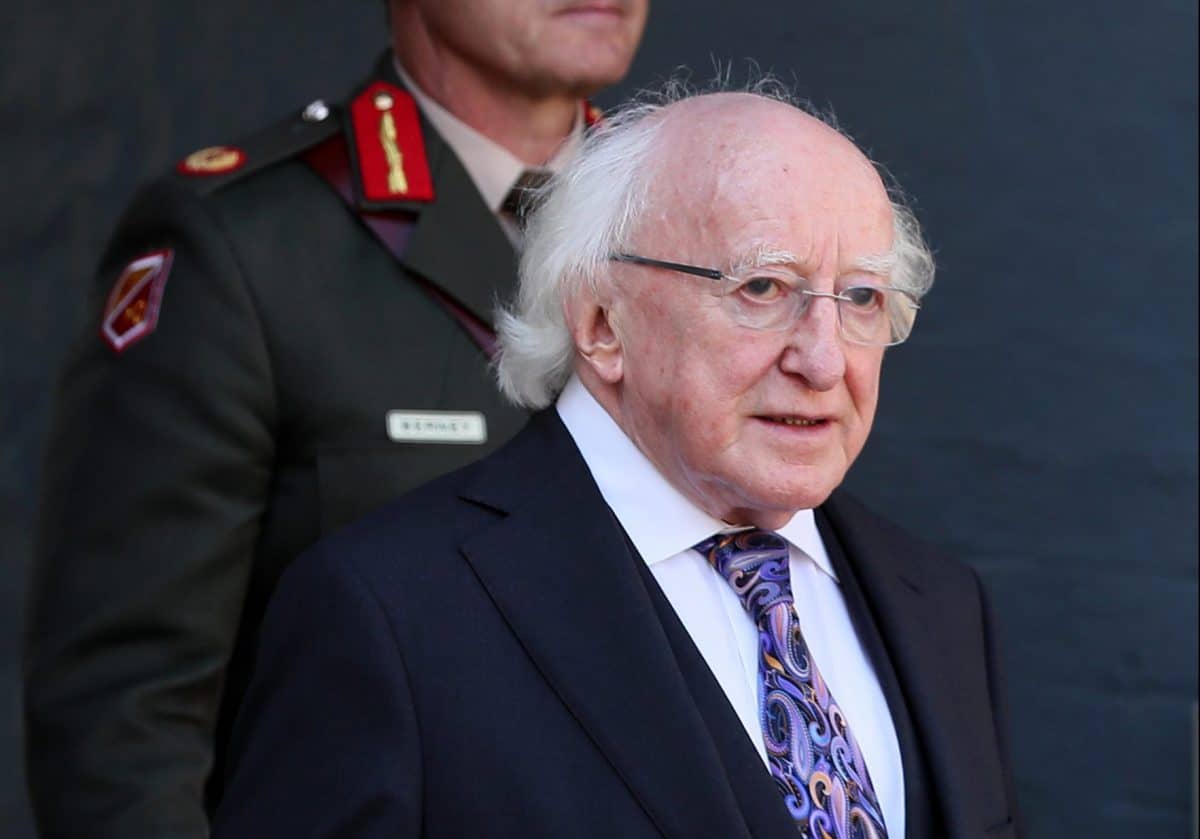 President Michael D Higgins arrives for the National Day of Commemoration Ceremony, held to honour all Irishmen and Irishwomen who died in past wars or on service with the United Nations, at Collins Barracks in Dublin.

Michael D. Higgins, Ireland’s president, has made a stinging critique of British imperialism, hitting out at the “feigned amnesia” of journalists and academics who refuse to confront its legacy.

Writing in the Guardian, Higgins said academic and media organisations – which he did not name – are guilty of turning a blind eye to the catastrophic impact of colonialism not just in Ireland, but across the world.

“A feigned amnesia around the uncomfortable aspects of our shared history will not help us to forge a better future together,” he said, unfavourably contrasting British attitudes with Ireland’s own reckoning with its war of independence and partition a century ago.

Ignoring the “shadows cast by our shared past” hints at a wider reluctance to engage with the legacy of imperialism, Higgins said, writing ahead of a seminar on imperialism he will host at the end of February.

He said: “I am struck by a disinclination in both academic and journalistic accounts to critique empire and imperialism. Openness to, and engagement in, a critique of nationalism has seemed greater.

“And while it has been vital to our purposes in Ireland to examine nationalism, doing the same for imperialism is equally important and has a significance far beyond British/Irish relations.”

Higgins – whose role as Ireland’s head of state is largely ceremonial – has promoted reconciliation between Britain and Ireland, visiting the Queen and acknowledging that Irish Republicans committed atrocities during and after the war of independence.

In a speech last December, Higgins urged Irish people not to stereotype British people because of Brexit and the destabilising impact it could have on Northern Ireland.

A socialist, poet and former sociology lecturer, his article focusses on British and European imperialism. Imperial powers, he says, use a facade of modernity for cultural suppression, economic exploitation and dispossession.

“Those on the receiving end of imperialist adventurism were denied cultural agency, assumed to be incapable of it, and responsible for a violence towards the ‘modernising’ forces directed at them.”

British imperialists, he wrote, did not recognise the Irish as equals. “At its core, imperialism involves the making of a number of claims which are invoked to justify its assumptions and practices – including its inherent violence. One of those claims is the assumption of superiority of culture.”

Related: Half of UK exporters to EU are beset by Brexit disruption, survey finds