Israel says the closures are needed to prevent Hamas from expanding its military capabilities, while the Palestinians and rights groups view it as a form of collective punishment. 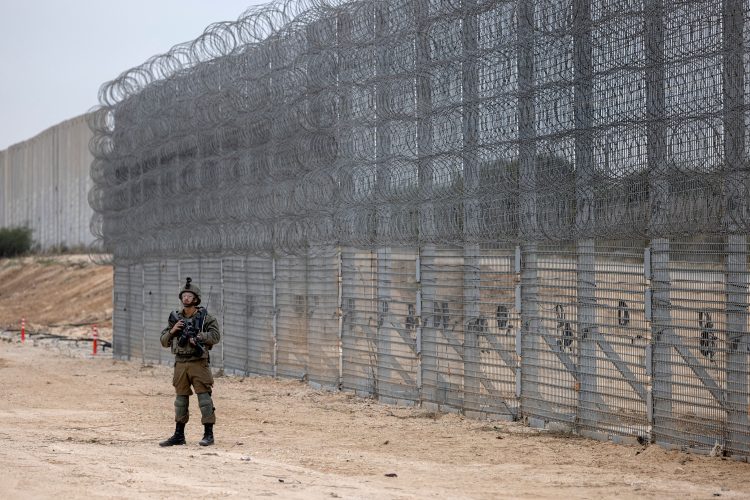 Israel has announced the completion of an enhanced security barrier around the Gaza Strip designed to prevent militants from secretly crossing into the country.

The 40-mile (65km) barrier includes radar systems, maritime sensors and a network of underground sensors to detect militant tunnels. Existing fencing was replaced with a 19ft-high (six-metre) “smart fence” with sensors and cameras.

Israel has fought four wars with Hamas since the Islamic militant group seized power in Gaza nearly 15 years ago, most recently in May. During a 2014 war, Palestinian militants tunnelled into Israel and clashed with Israeli troops.

Defence minister Benny Gantz announced the completion of the barrier after more than three years of construction, saying it placed an “iron wall” between Hamas and residents of southern Israel.

During May’s fighting, Hamas used a sophisticated tunnel system within Gaza but did not infiltrate fighters into Israel. The group fired more than 4,000 rockets at Israel in 11 days, with large volleys that occasionally overwhelmed Israel’s sophisticated missile defences.

Israel carried out hundreds of airstrikes during the conflict and brought down several multi-storey buildings. The war killed more than 250 people in Gaza, including at least 129 civilians, according to the UN, while 13 people died on the Israeli side.

Since Hamas seized power, Israel and Egypt have imposed a crippling blockade on Gaza that has severely restricted travel for the territory’s two million Palestinian residents and strangled the economy.

Israel says the closures are needed to prevent Hamas from expanding its military capabilities, while the Palestinians and rights groups view it as a form of collective punishment.

In 2018 and 2019, Hamas organised violent mass protests along the frontier to pressure Israel to ease the blockade. More than 200 Palestinians were killed and thousands were wounded. An Israeli soldier was killed by a Palestinian sniper.

Human rights groups recently accused Israel of failing to hold its forces accountable for the deaths and serious injuries.

Israel says its forces prevented the mass infiltration of Hamas operatives. It says allegations of wrongdoing were fully investigated and soldiers were held to account.