Most of the international community considers settlements illegal. 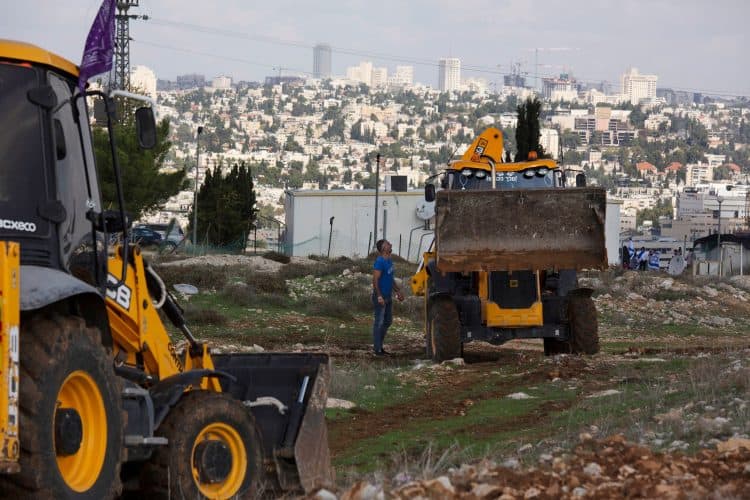 Israel is expected to move forward with thousands of new homes for Jewish settlers in the West Bank this week, a watchdog group has said.

The plan for some 3,000 new settler units in the West Bank has already drawn calls for restraint from the US, which on Friday voiced “concern” over the expected approvals.

Hagit Ofran, from the anti-settlement group Peace Now, said a committee is set to meet on Wednesday to approve 2,800 units deep in the West Bank, complicating any efforts to create a Palestinian state.

More than half of those are receiving final approval, meaning construction could begin in the coming year.

On Friday, US State Department spokesman Ned Price said America is “concerned” about the housing plans.

He called on Israel and the Palestinians to “refrain from unilateral steps that exacerbate tension and undercut efforts to advance a negotiated two-state solution” to the conflict.

The Palestinians want the West Bank, along with the Gaza Strip and east Jerusalem – areas Israel captured in the 1967 Middle East war – for their future state.

The Palestinians view the settlements, which house some 700,000 people, as the main obstacle to peace. Most of the international community considers settlements illegal.

Israel views the West Bank as the biblical and historical heartland of the Jewish people.

Ms Ofran said Israel is also set to approve 1,600 units for Palestinians in the areas of the West Bank that it controls.

But critics say the move is an initiative from villagers, not the Israeli government, and that the figure is a fraction of the building permits requested by Palestinians over the years.