A US official said there was no information on possible casualties, but the US is "still conducting battle damage assessments." 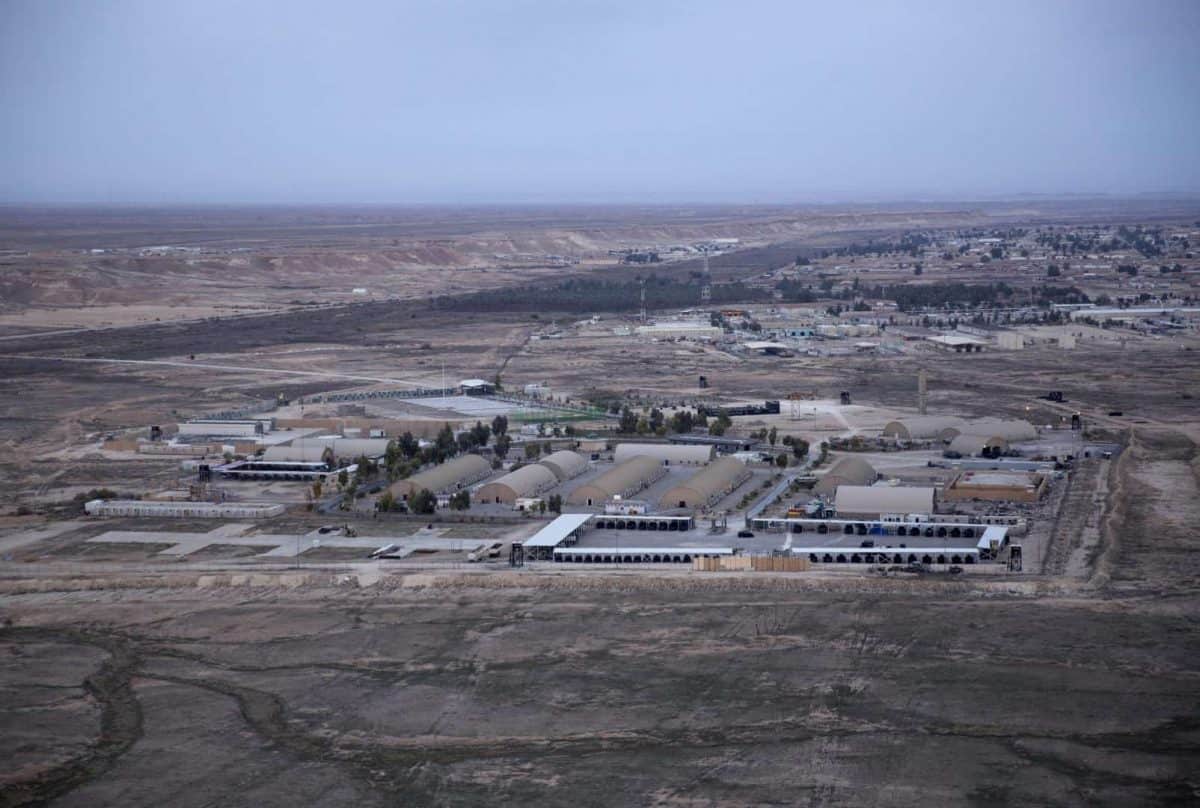 Iranian state TV said the bombardment was in revenge for the US killing of top Iranian General Qassem Soleimani and other Iranian and Iraqi figures in a drone strike at an Iraqi airport.

Iran struck back at the United States in the early hours of Wednesday, firing ballistic missiles at two military bases in Iraq that house American troops.

The Islamic Revolutionary Guard Corps swiftly took credit, and one Iranian politician tweeted his nation’s flag in an apparent swipe at President Donald Trump who tweeted the American flag after the US killing of Qassem Soleimani.

Iran had warned that if the US took retaliatory military action, its regional allies in Dubai and Israel would become targets for Iran too and the conflict would expand across the Middle East.

The show of strength is a frightening reminder of the range that Iraqi missiles can travel. 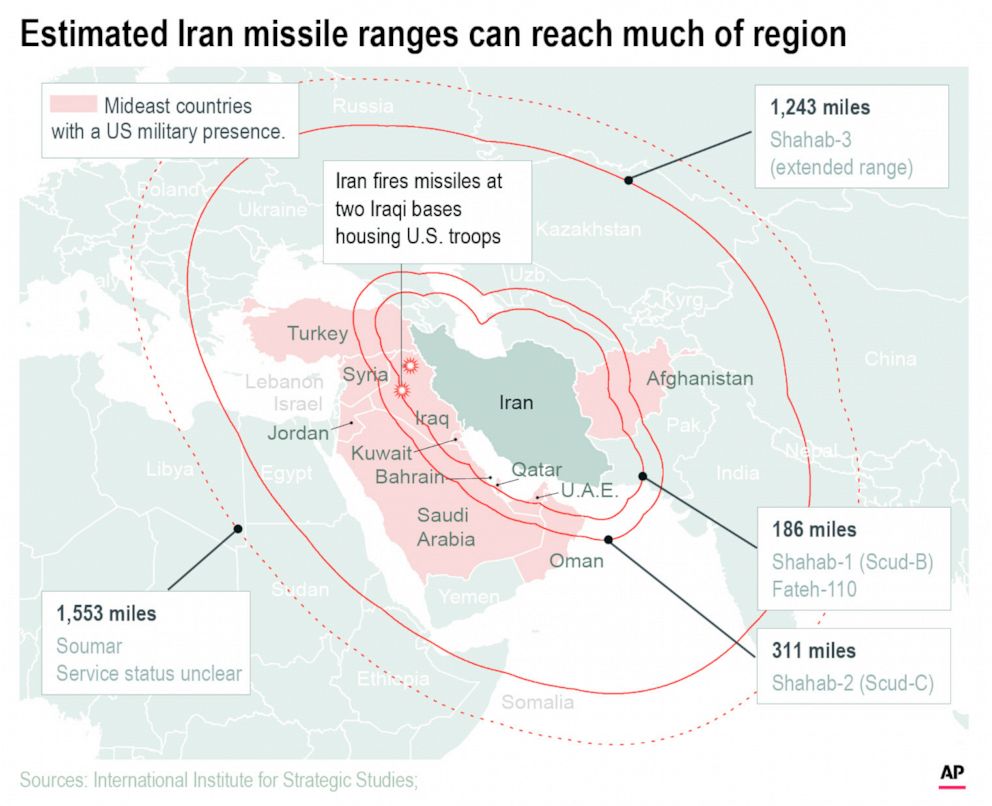 In a mollifying tone suggesting Iran seeks to avoid all out war in the region, its Foreign Minister tweeted:

“Iran took & concluded proportionate measures in self-defense under Article 51 of UN Charter targeting base from which cowardly armed attack against our citizens & senior officials were launched.

“We do not seek escalation or war, but will defend ourselves against any aggression,” he added.

Soon after Donald Trump tweeted “All is well! Missiles launched from Iran at two military bases located in Iraq. Assessment of casualties & damages taking place now. So far, so good! We have the most powerful and well equipped military anywhere in the world, by far! I will be making a statement tomorrow morning.”

The US President’s reaction suggests there were no major casualties and that his administration is also keen to avoid all-out war with Iran.

The attacks constitute a major escalation between the two long-time foes and Iran’s most direct assault on America since the 1979 seizing of the US embassy in Tehran.

Iranian state TV said its missile strikes were in revenge for the US killing of General Qassem Soleimani, whose death last week in an American drone strike near Baghdad prompted angry calls to avenge his killing.

US and Iraqi officials said there were no immediate reports of casualties, though buildings were still being searched. The Iraqi government later confirmed there were no casualties among Iraqi forces.

A presenter on Iranian state television later claimed, without offering evidence, that the strikes killed “at least 80 terrorist US soldiers” and also damaged helicopters, drones and other equipment at the Ain al-Asad air base.

The strikes, which came as Iran buried Gen Soleimani, raised fears that the two foes were closer to war. But there were some indications that there would not be further retaliation on either side, at least in the short term.

In Tehran, Supreme Leader Ayatollah Ali Khamenei called the missile strike on the US bases in Iraq a “slap in the face” of the Americans, adding that military retaliation is not sufficient.

“The corrupt presence of the US in the region should come to end,” he said.

The killing of Gen Soleimani — a national hero to many in Iran — and strikes by Tehran came as tensions have been rising steadily across the Middle East after Mr Trump’s decision to unilaterally withdraw America from Tehran’s nuclear deal with world powers.

They also marked the first time in recent years that Washington and Tehran have attacked each other directly rather than through proxies in the region.

It raised the chances of open conflict erupting between the two enemies, who have been at odds since Iran’s 1979 Islamic Revolution and the subsequent US embassy takeover and hostage crisis.

170 die on plane crash in Iran, including three Brits

Adding to the chaos, a Ukrainian plane with at least 170 people crashed after take-off just outside Tehran on Wednesday morning, killing all on board, state TV reported.

The plane had taken off from Imam Khomeini International Airport and a fire caused by mechanical issues were suspected, the report said.

Three Brits were on board the plane. 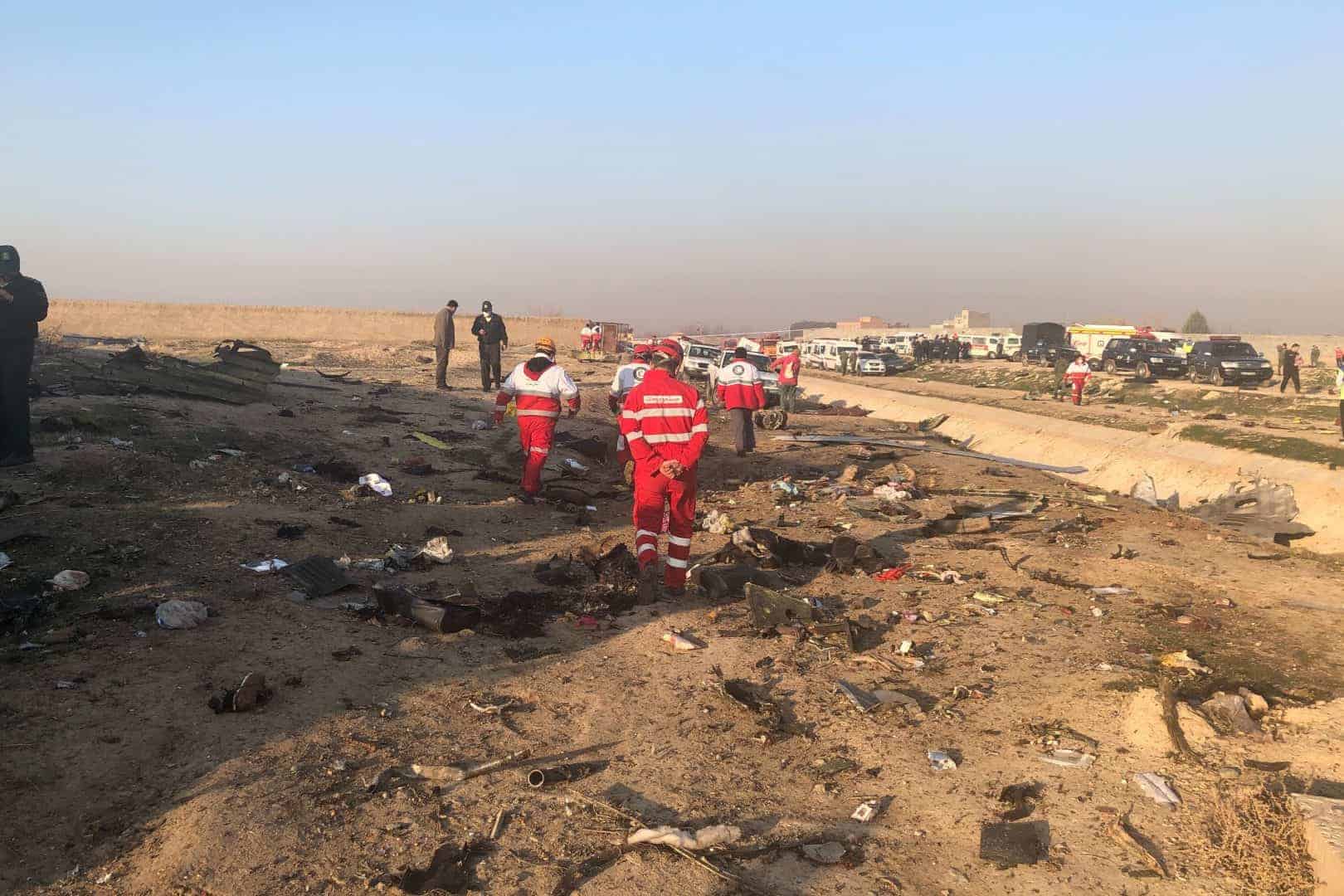 Democrats pressed for more details to explain why Donald Trump ordered the killing – a decision that previous administrations passed up because of fears it would unleash even more violence. 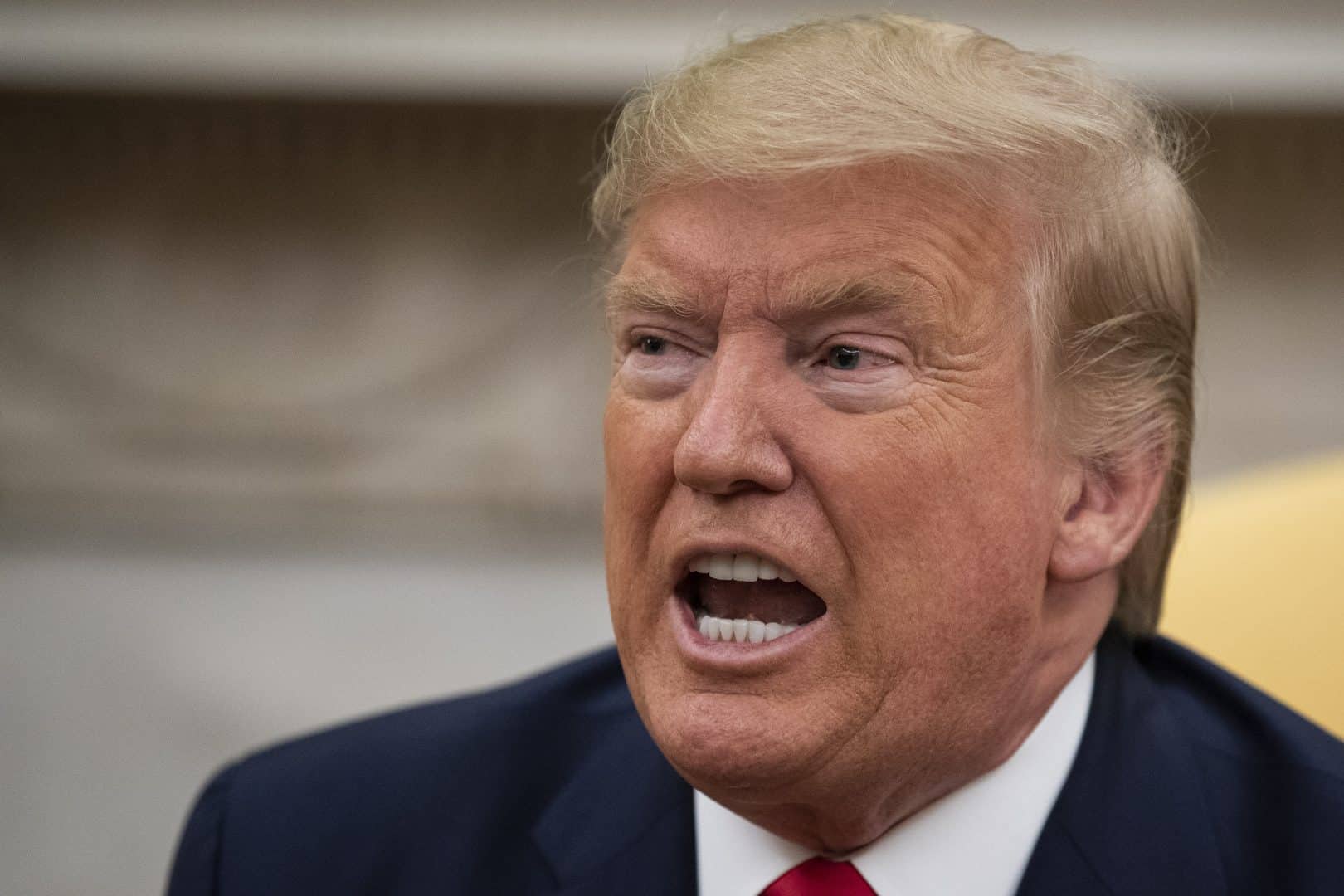 Iran initially announced only one missile strike, but US officials confirmed both. US defence officials were at the White House, probably to discuss options with Mr Trump, who launched the attack on Gen Soleimani while facing an upcoming impeachment trial in the Senate.

Iran’s Revolutionary Guard warned the US and its regional allies against retaliating over the missile attack on the Ain al-Asad air base in Iraq’s western Anbar province. The Guard issued the warning via a statement carried by Iran’s state-run IRNA news agency.

After the strikes, a former Iranian nuclear negotiator posted a picture of the Islamic Republic’s flag on Twitter, appearing to mimic Mr Trump who posted an American flag following the killing of Gen Soleimani.

Ain al-Asad air base was first used by American forces after the 2003 US-led invasion that toppled dictator Saddam Hussein, and later saw American troops stationed there amid the fight against the so-called Islamic State group in Iraq and Syria.

It houses about 1,500 US and coalition forces. The US also acknowledged another missile attack targeting a base in Irbil in Iraq’s semi-autonomous Kurdish region.

The Iranians fired a total of 15 missiles, two US officials said. Ten hit Ain al-Asad and one the base in Irbil. Four failed, said the officials.

Two Iraqi security officials said at least one of the missiles appeared to have struck a plane at the Ain al-Asad base, igniting a fire.

About 70 Norwegian troops also were on the air base but no injuries were reported, said Brynjar Stordal, a spokesman for the Norwegian Armed Forces.

Donald Trump visited the sprawling Ain al-Asad air base, about 60 miles west of Baghdad, in December 2018, making his first presidential visit to troops in the region. Vice president Mike Pence has also visited the base.

“As we evaluate the situation and our response, we will take all necessary measures to protect and defend US personnel, partners and allies in the region,” said Jonathan Hoffman, an assistant to the US defence secretary.

The missile strikes happened a few hours after crowds in Iran mourned Gen Soleimani at his funeral.

It also came as the US continued to reinforce its own positions in the region and warned of an unspecified threat to shipping from Iran in the Middle East waterways, crucial routes for global energy supplies.

US embassies and consulates from Asia to Africa and Europe issued security alerts for Americans.

A stampede broke out on Tuesday at Gen Soleimani’s funeral, and at least 56 people were killed and more than 200 were injured, Iranian news reports said. Shortly after the missile attack, Gen Soleimani’s shroud-wrapped remains were lowered into the ground.

The deadly stampede took place in Gen Soleimani’s hometown of Kerman as his coffin was being taken through the city in south-eastern Iran, said Pirhossein Koulivand, head of Iran’s emergency medical services.

Hossein Salami, Gen Soleimani’s successor as leader of the Revolutionary Guard, earlier addressed a crowd of supporters in Kernan and vowed to avenge Gen Soleimani.

“We tell our enemies that we will retaliate but if they take another action we will set ablaze the places that they like and are passionate about,” he said.

The funeral processions in major cities over three days have been an unprecedented honour for Gen Soleimani, seen by Iranians as a national hero for his work leading the Guard’s expeditionary Quds Force.

The US blames him for killing American troops in Iraq and accused him of plotting new attacks just before he was killed.