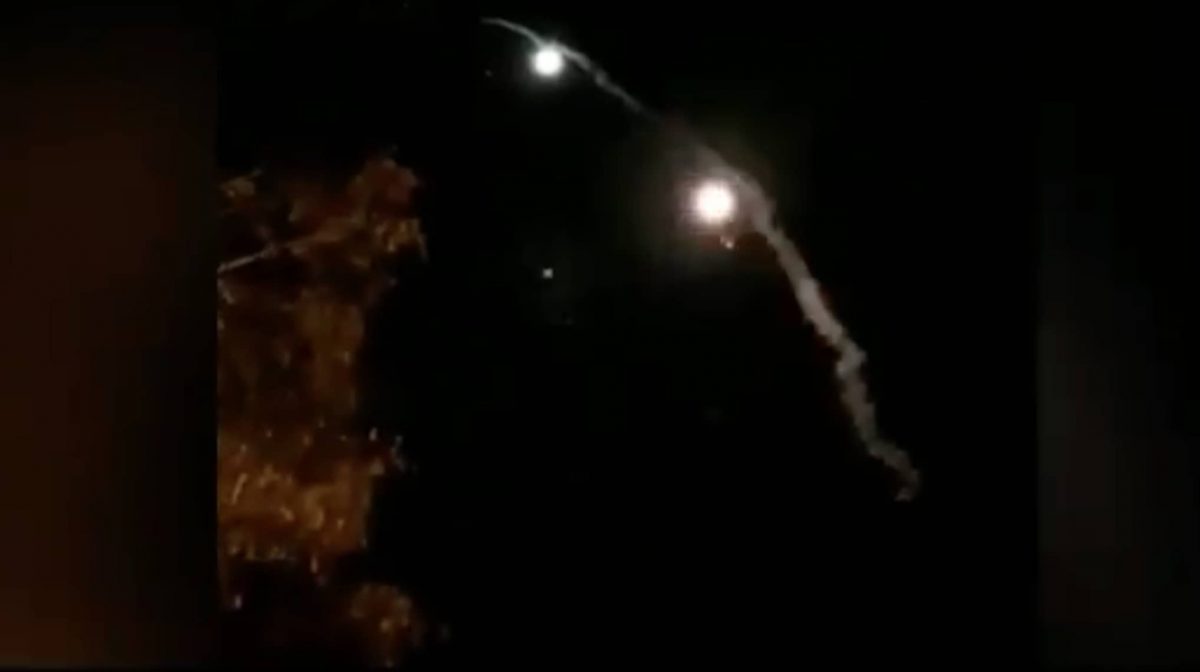 The US has confirmed that Iran has launched “more than a dozen ballistic missiles” at two targets hosting US military and coalition forces in Iraq. The Asad and Erbil bases were targeted by Iran in retaliation for the Donald Trump-ordered killing of a top Revolutionary Guards commander in Baghdad.

Defense Department spokesman Jonathan Hoffman said: “It is clear that these missiles were launched from Iran.”

He added that the attacks “targeted at least two Iraqi military bases” at Ain Assad and Irbil. Mr Hoffman said the US is “working on initial battle damage assessments.”

Iranian state TV said the attack was in revenge for the killing of Revolutionary Guard General Qassem Soleimani, whose funeral on Tuesday prompted angry calls to avenge his death.

Iran’s Revolutionary Guard announced that a second wave of missiles had been launched then warned the US and its regional allies against retaliating. Iranian state media also reported Iranian fighter jets have entered Iraq airspace.

The Guard issued the warning via a statement carried by Iran’s state-run IRNA news agency.

The Revolutionary Guard then insisted that if the US does not react with any further acts of aggression, that Iran’s retaliatory attacks would stop.

Though it made clear that if the US did respond militarily, the conflict would escalate with Iranian attacks on more bases in Iraq, as well as attacks on Dubai and Israel. Iranian proxy militias Hezbollah and shiite militias in Iraq could escalate the crisis into a regional war.

Iran’s Islamic Revolutionary Guard Corps said Ayatollah Khamenei is in control centre cordinating attacks. The religious leader says he does not see any difference between America and Israel in this conflict.

Meanwhile private Iranian Tasnim News Agency has quoted sources saying if the US retaliates to these missile attacks, Hezbollah will open fire on Israel.

“The President has been briefed and is monitoring the situation closely and consulting with his national security team,” she said.

Ain Assad air base is in Iraq’s western Anbar province. It was first used by American forces after the 2003 US-led invasion that toppled dictator Saddam Hussein. It later saw American troops stationed there amid the fight against the so-called Islamic State group in Iraq and Syria.

Hossein Soleimani, the editor in chief of Mashregh, the main Revolutionary Guards news website, said that more than 30 ballistic missiles had been fired at the American base at Asad, in Anbar Province, in western Iraq.

An American base in Erbil, in northern Iraq, was also attacked.

It still remains unclear if there were any casualties or major damage at either base. “We are working on initial battle damage assessments,” a Pentagon statement said.

Footage was aired by the Iranian FARS news agency appearing to show missiles fired at one of the US bases.

Democrat Speaker of the House Nancy Pelosi urged caution, insisting the world could ill afford a war between the US and Iran.

“Closely monitoring the situation following bombings targeting U.S. troops in Iraq. We must ensure the safety of our servicemembers, including ending needless provocations from the Administration and demanding that Iran cease its violence. America & world cannot afford war,” she tweeted.

Earlier on Tuesday evening Donald Trump appeared to backtrack on threats to hit back at Iranian cultural targets as he said this would be apparently unlawful under international law.

The US has no alternative and must pull its troops out of Iraq, or else face an impending crisis, the country’s outgoing prime minister insisted earlier.

But President Donald Trump said that it is not the right time for a pullout and that it would be the worst thing that could happen to Iraq.

Mr Trump said a US pullout would allow Iran to gain a stronger foothold in Iraq.

“The people of Iraq do not want to see Iran running the country, that I can tell you,” Mr Trump said from the White House.

Adel Abdul-Mahdi, who resigned in November amid mass anti-government protests, said Iraq wants a US troop withdrawal to avoid further escalation as tensions soar between American and Iran.

Soleimani was a monster Trump insisted, as pressure grows to disclose his intelligence

US President Donald Trump earlier insisted that his decision to order the killing of top Iranian general Qassem Soleimani has saved a lot of lives, calling General Soleimani “a monster”.

Mr Trump and his top advisers are under pressure however to disclose more detail about the intelligence that led to the killing, which has greatly heightened tension with Tehran.

Mr Trump said Tuesday that his decision saved American lives and that members of Congress will be briefed on the reasons for the US attack.

So far, Mr Trump and top national security officials have justified the air strike with such general statements about the threat posted by Gen Soleimani, who commanded proxy forces outside Iran and was responsible for the deaths of American troops in Iraq.

But the details have been scarce.

The Iraqi Prime Minister said that the Iranian General had arrived in Iraq to deliver Iran’s response to a regional peace plan suggested by Saudi Arabia.

However Trump on Tuesday evening said that he was not in Baghdad to discuss holiday plans or visit a “’nice resort”, but was there to talk over “’bad business”.

The lack of detail does not sit well with Democrats, who recall how President George W. Bush justified his invasion of Iraq by accusing Saddam Hussein of having non-existent weapons of mass destruction.

Lawmakers in recent days have been pressing for more detail to explain why Mr Trump ordered the killing – a decision that previous administrations passed up because of fears it would unleash even more violence.

Democratic lawmakers are not convinced.

Senate Minority Leader Chuck Schumer and Senator Bob Menendez, the top Democrat on the Senate foreign relations committee, called on Mr Trump to declassify the written notification the president sent to Congress after the fatal strike on Gen Soleimani.