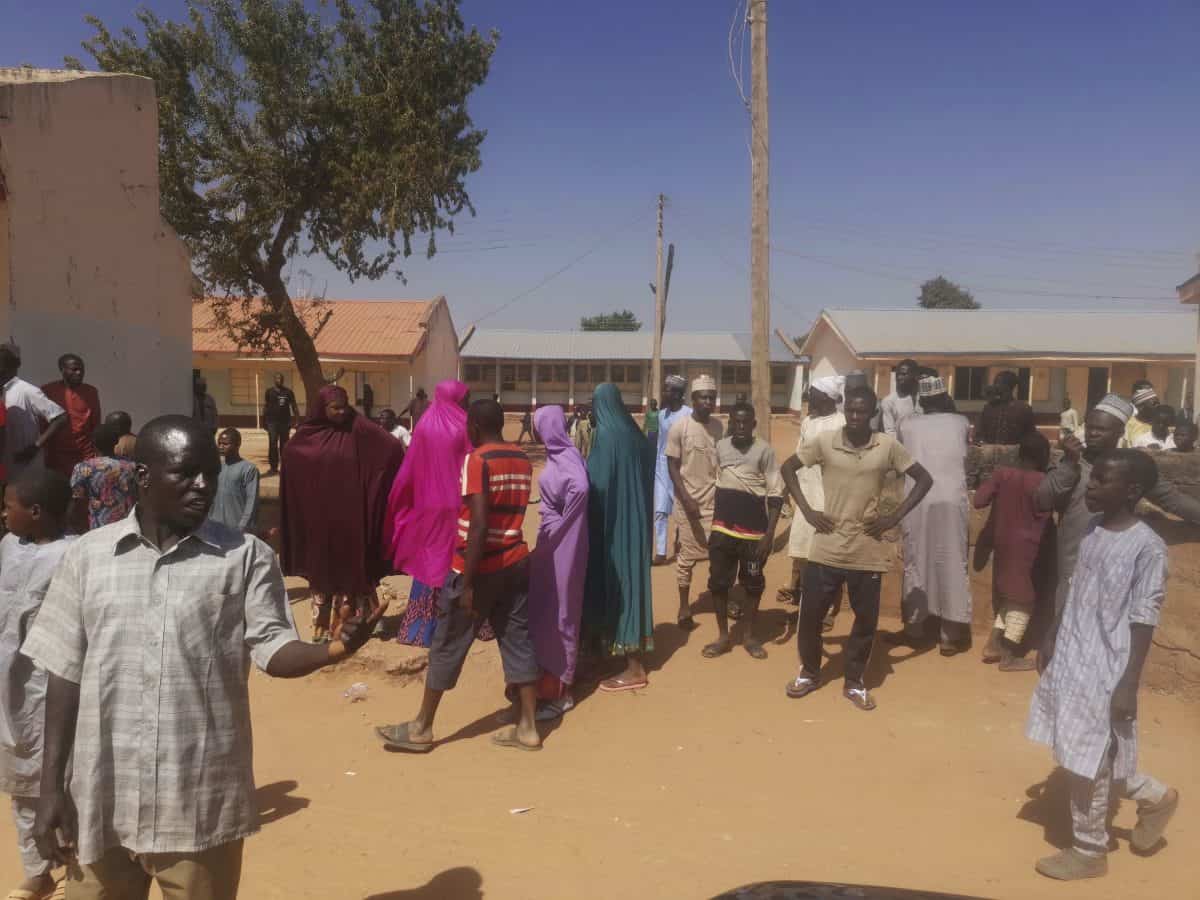 Anxiety is growing among the parents of hundreds of students who remain missing three days after gunmen attacked their school in Katsina State in northern Nigeria.

More than 300 students are missing after the attack on the Government Science Secondary School, a boys’ school in Kankara, on Friday night, Katsina governor Aminu Masari said.

A joint rescue operation was launched on Saturday by Nigeria’s police, air force and army, according to the government.

The military was in gunfights with the bandits after locating their hideout in the Zango/Paula forest on Saturday, according to a statement by President Muhammadu Buhari.

When the school was attacked, police engaged in a gunfight with the gunmen, allowing many students to scale the school’s fence and run for safety, according to Katsina State police spokesman Gambo Isah.

The school has more than 600 students.

Salish Masi said that two of his sons are among those still missing.

“I am worried that after three days I have no news about my children,” he said on Monday.

“I have been waiting for the authorities to tell me what happened but till now, they have said nothing.”

Another parent, Mustapha Gargaba, said he is very anxious because he does not know what has happened to his son.

No group or persons have claimed responsibility for the abduction of the students, the Katsina state governor said after meeting with security officials.

UN secretary-general Antonio Guterres on Monday condemned the attack on the school and called “for the immediate and unconditional release of the abducted children and for their safe return to their families”, in a statement issued in New York.

More than 1,100 people have been killed by bandits in an escalation of attacks during the first half of the year, according to Amnesty International, which said the government was failing to bring the attackers to justice.

While several groups of bandits are active there, the groups known to kidnap for ransom have links to the jihadist group Boko Haram and its breakaway faction, the Islamic State’s West Africa Province, known as Iswap.

Both Boko Haram and Iswap have in the past carried out mass abduction of students.

The most serious school attack took place in April 2014, when more than 270 schoolgirls were abducted from their dormitory at the Government Secondary School in Chibok in northeastern Borno State.

About 100 of the girls are still missing.

The recent incident at the Government Science Secondary School in Kankara, is the worst attack on a boys school since February 2014, when 59 boys were killed during a Boko Haram attack on the Federal Government College Buni Yadi in Yobe State.

Related: For many Nigerians, lockdown is not an option