Madrid took over a public skating rink on Tuesday after the city morgue overflowed. 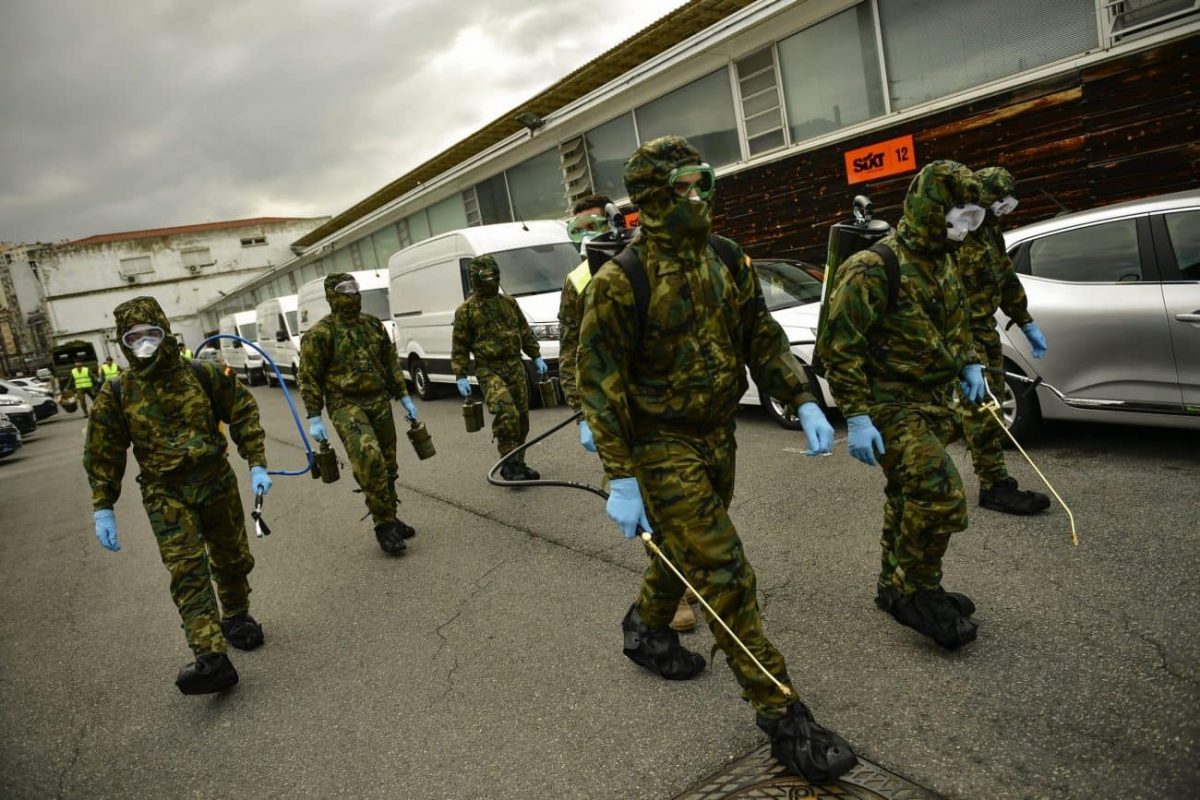 Spanish army troops disinfecting nursing homes have found some residents living in squalor among the infectious bodies of people who authorities suspect have died from coronavirus.

Prosecutors have launched a judicial probe.

Defence minister Margarita Robles said the elderly were “completely left to fend for themselves, or even dead, in their beds”.

She said the discovery included several nursing homes and several bodies, but did not give locations for the nursing homes or say how many bodies were found.

The news came as Spain on Tuesday announced a record daily rise of 6,584 new coronavirus infections, bringing the overall total to 39,673. The number of deaths also jumped by a record number of 514 to 2,696.

Madrid took over a public skating rink on Tuesday after the city morgue overflowed.

To date, 1,535 people have died in the hard-hit Spanish capital, more than half of the national total. The region has more than 12,350 infections.

Mr Simon also said 5,400 health workers have been infected by the coronavirus that is relentlessly marching across the world from China, some 14 % of the country’s total cases.

Security forces guarded the outside of the Palacio de Hielo ice skating complex on Madrid’s northeastern outskirts as funeral vans entered the building via an underground car park.

Madrid authorities took up the rink’s offer after the city’s municipal funeral service said it could take no more coronavirus bodies until it restocked with more protective equipment.

The city government said bodies would be held at the rink until they can be taken to be cremated or buried.

Madrid has adapted two city hotels as hospitals to help with the overflow of virus patients and plans to take over five others.