“Today marks a huge victory for justice and respect for Greece and the entire world." 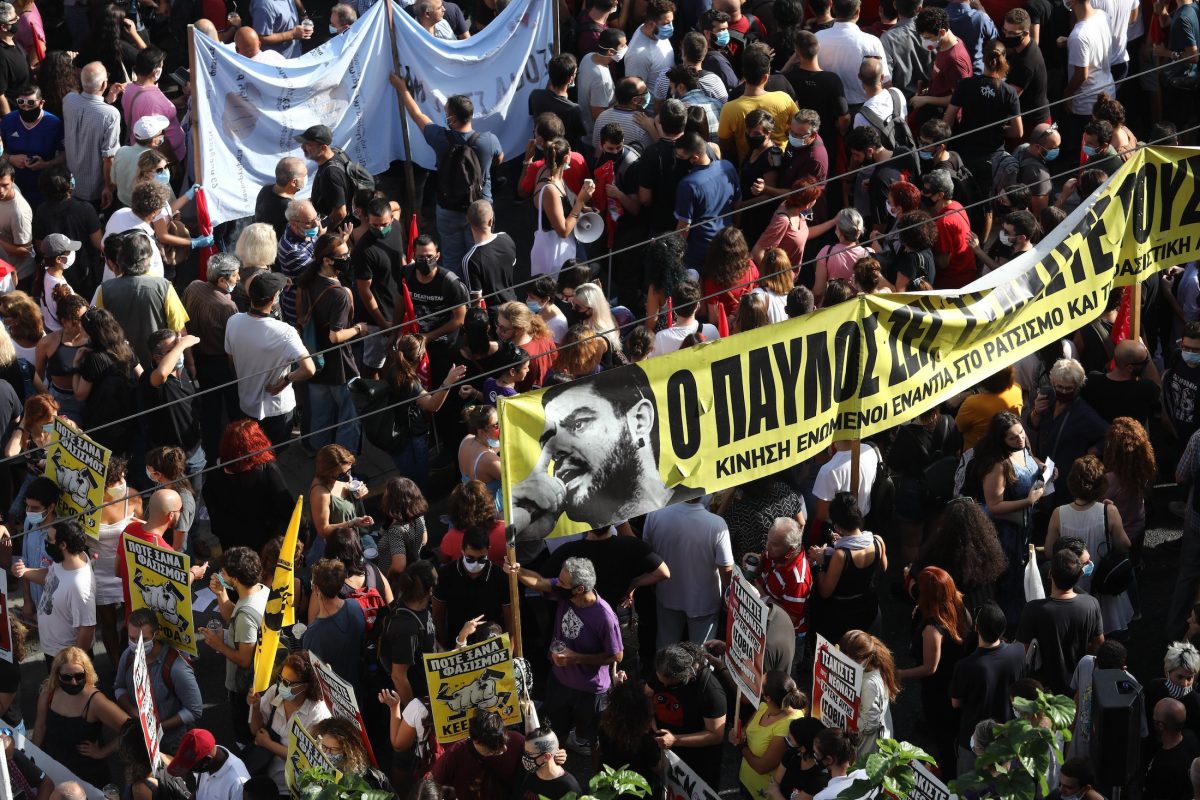 A Greek court has ruled that the far-right Golden Dawn party was operating as a criminal organisation, delivering a landmark verdict in a marathon five-year trial.

As news of the guilty verdicts broke, cheers and celebrations erupted among the crowd of more than 15,000 people gathered in an anti-fascist rally outside the Athens courthouse.

As news of the guilty verdicts broke, cheers and celebrations erupted among the crowd of more than 15,000 people gathered in an anti-fascist rally outside the Athens courthouse.

A small group among the crowd threw Molotovs and stones, with police responding with tear gas and water cannon.

The marathon trial had been assessing four cases rolled into one: the 2013 fatal stabbing of Greek rap singer Pavlos Fyssas, physical attacks on Egyptian fishermen in 2012 and on left-wing activists in 2013, and whether Golden Dawn was operating as a criminal organisation.

The 68 defendants included the 18 former legislators from the party that was founded in the 1980s as a neo-Nazi organisation and rose to become Greece’s third largest party in parliament during the country’s decade-long financial crisis.

“Its political dimension has, fortunately, been judged by the victory of democracy, which expelled the Nazi formation from Parliament (in elections),” he said. “Now, the independent judiciary is giving its own answer.”

The three-member panel of judges also delivered a guilty verdict against Giorgos Roupakias for the murder of Fyssas, prompting applause inside the courtroom and among the crowd outside.

Roupakias had been accused of being a party supporter who delivered the fatal stab wounds to Fyssas. Another 15 defendants — none of them former legislators — were convicted as accomplices in Fyssas’ killing.

Outside the courthouse, Fyssas’ mother Magda Fyssa, who had attended nearly every court session over the last five years, raised her arms and shouted: “Pavlos did it. My son!”

Only 11 of the 68 defendants were present in the courtroom, with the rest represented by their lawyers. None of the former Golden Dawn legislators were in court.

After the verdicts were read out, defence lawyers began summations ahead of sentencing, in a process that could last several days.

Those convicted of leading a criminal organization face up to 15 years in prison, while the others face up to 10 years. Roupakias faces a life sentence.

“It sends a strong message that hate crimes are not and should not be tolerated in a democratic society.”

Security was tight at the courthouse, with around 2,000 police, drones and a police helicopter deployed.

The avenue outside the Athens courthouse was closed to traffic and the building itself blocked off by a string of police buses.

The crowd at the anti-fascist rally waved banners with slogans including “Fyssas lives, crush the Nazis”, and chanted “The people demand the Nazis in jail”.

More than 5,000 people held a similar rally in the northern city of Thessaloniki.

Politicians from across the political spectrum, from the governing conservative New Democracy party to Greece’s Communist Party and the former governing left-wing Syriza party, also attended.

At the crux of the case was whether the string of violent attacks could be linked to Golden Dawn’s leadership. During the trial, the prosecutor recommended the acquittal of many of the party members for lack of evidence.

Golden Dawn denies any direct link to the attacks and described the trial and charges against the party’s leadership as an “unprecedented conspiracy” aimed at curbing its rise in popularity.