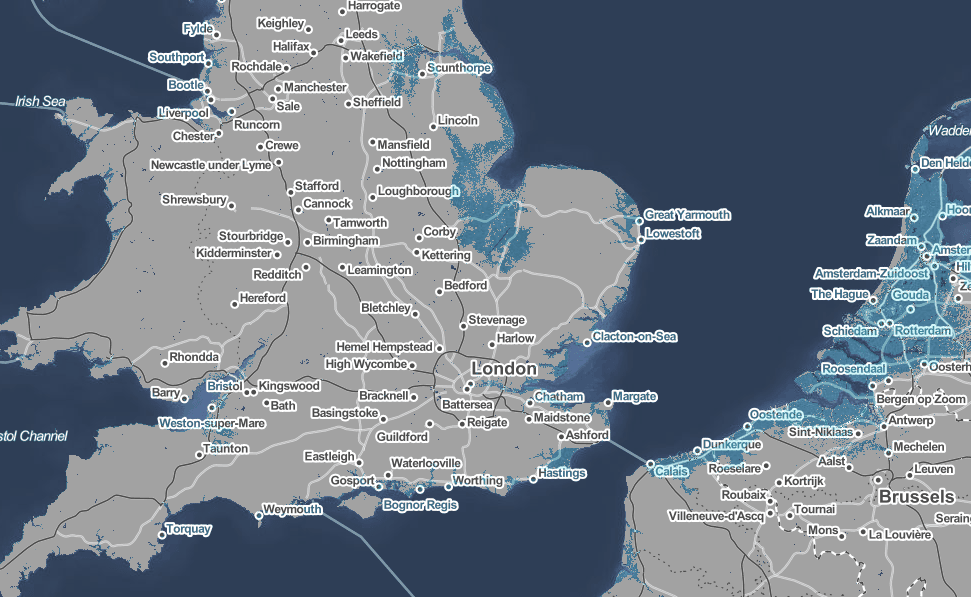 Global sea levels are rising three times faster than a quarter of a century ago because of global warming, a study shows.

The amount of Antarctica’s ice melting into the oceans tripled between 2012 and 2017, compared to the previous two decades.

It means people in coastal communities are at much greater risk than previously feared.

“Thanks to the satellites our space agencies have launched, we can now track their ice losses and global sea level contribution with confidence.

“According to our analysis, there has been a step increase in ice losses from Antarctica during the past decade, and the continent is causing sea levels to rise faster today than at any time in the past 25 years.

“This has to be a concern for the governments we trust to protect our coastal cities and communities.”

Melting ice in Antarctica has added almost a third of an inch (7.6mm) of water to the oceans since 1992.

But two-fifths of the increase – 0.12 inches or 3mm – has come in the last five years alone.

It was not known if the rate of sea level rise – one of the biggest threats from climate change – has picked up, stayed the same or has fallen since the early 1990s. More than 150 studies have tried to determine how much ice the continent is losing.

Now in the largest assessment of its kind 84 scientists from 44 international organisations combined 24 satellite surveys to draw up the most complete picture of Antarctic ice sheet change to date.

Joint leader Dr Erik Ivins, of NASA’s Jet Propulsion Laboratory in California, said: “The added duration of the observing period, the larger pool of participants, various refinements in our observing capability and an improved ability to assess both inherent and interpretive uncertainties, each contribute to making this the most robust study of ice mass balance of Antarctica to date.”

The team used gravity measurements form NASA and European Space Agency satellites to track the loss of ice mass in the polar wilderness.

Prof Isabella Velicogna, an Earth system scientist at California University in Irvine, said: “The data from these spacecraft show us not only that a problem exists but that it is growing in severity with each passing year.”

Antarctica stores enough frozen water to raise global sea level by 58 metres. Knowing how much ice it is losing is key to understanding the impacts of climate change today and in the future.

The threefold increase in melt as a whole is a combination of glacier speed-up in West Antarctica and at the Antarctic Peninsula, and reduced growth of the ice sheet in East Antarctica.

West Antarctica experienced the largest change, with losses rising from 53 billion tonnes per year in the 1990s to 159 billion since 2012.

Most of this came from the huge Pine Island and Thwaites Glaciers, which are retreating rapidly due to ocean melting.

These glaciers have the potential to raise sea levels by more than a metre, and are now widely considered to be unstable.

At the northern tip of the continent, ice shelf collapse at the Antarctic Peninsula has driven a 25 billion tonne per year increase in ice loss since the early 2000s.

Co-author Dr Pippa Whitehouse, of Durham University, said: “Satellites have given us an amazing, continent-wide picture of how Antarctica is changing.

“The length of the satellite record now makes it possible for us to identify regions that have been undergoing sustained ice loss for over a decade.

“The next piece of the puzzle is to understand the processes driving this change. To do this, we need to keep watching the ice sheet closely, but we also need to look back in time and try to understand how the ice sheet responded to past climate change.”

The finding is among a series of studies published in a special issue of Nature which show how monitoring Antarctica from space is providing crucial insights into its response to a warming climate.

Prof Shepherd said: “Antarctica is way too big to survey from the ground and we can only truly understand the trends in its ice cover by looking at the continent from space.”

In West Antarctica, ice shelves are being eaten away by warm ocean water, and those in the Amundsen and Bellingshausen seas are up to 18 per cent thinner than in the early 1990s.

At the Antarctic Peninsula, where air temperatures have risen sharply, ice shelves have collapsed as their surfaces have melted. Altogether, 34,000 square kilometersof ice shelf area has been lost since the 1950s.

Prof Helen Fricker, a glaciologist at California University in San Diego, said: “Although breakup of the ice shelves does not contribute directly to sea-level rise – since ice shelves, like sea ice, are already floating – we now know these break-ups have implications for the inland ice.

“Without the ice shelf to act as a natural buffer glaciers can flow faster downstream and out to sea.”