With the success in 2017 of Jordan Peele’s Oscar-winning, post-race horror Get Out, or more recently John Krasinski’s spine-chilling sci-fi hit A Quiet Place, it would be far too simplistic to speak of a sudden horror resurgence, especially when one considers that beyond the hype created around a few Hollywood-backed productions, horror fans have never really […] 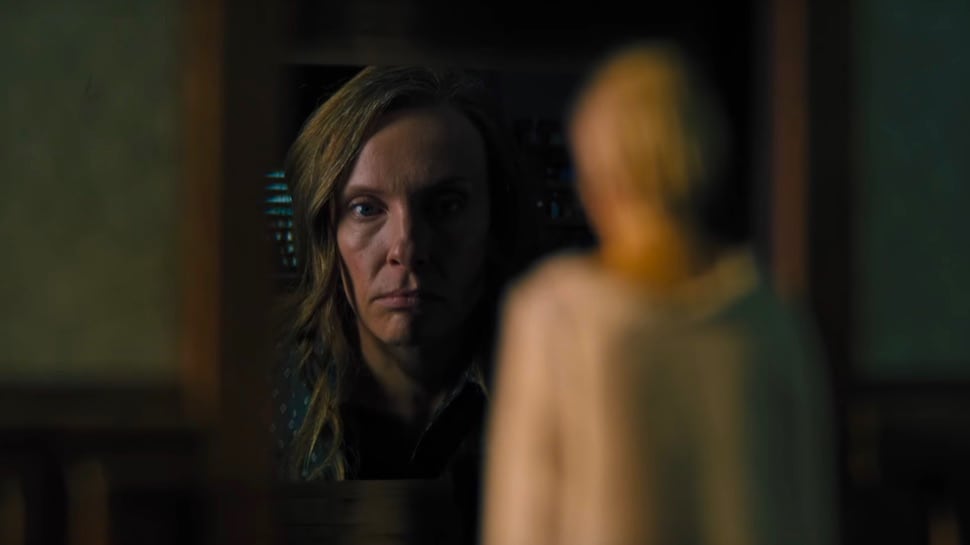 With the success in 2017 of Jordan Peele’s Oscar-winning, post-race horror Get Out, or more recently John Krasinski’s spine-chilling sci-fi hit A Quiet Place, it would be far too simplistic to speak of a sudden horror resurgence, especially when one considers that beyond the hype created around a few Hollywood-backed productions, horror fans have never really stopped consuming the genre in the same way they always have, and you only have to look at the continued success of horror themed film festivals such as FrightFest, which is now in its 19th year, to know that there is still huge demand for the genre, regardless of critical or box-office success.

Nevertheless, it’s clear that without the existence of Get Out, there wouldn’t be half as much interest in intelligent horror narratives in the mainstream as there have been of late.

All of which brings us to Ari Aster’s brilliant debut feature Hereditary, a film so terrifying that is has been dubbed by some as the new Exorcist. Staring Toni Collette as a disturbed mother of two trying to come to terms with her mother’s recent death, the film harks back to the golden age of gothic horrors such as Don’t Look Now & Rosemary’s Baby, and isn’t afraid of proudly displaying its genre credentials from the get go with its gripping, nightmare-inducing scares, and brilliantly devised narrative.

Renown artist Annie Graham (Toni Collette) has had a turbulent relationship with her mother; the two fought tooth and nail for years, and were only reconciled after the birth of Annie’s second child, Charlie (Milly Shapiro), whom the old woman instantly took under her wing, thus creating an unbreakable bond between them. Shortly after the old woman’s death, ghostly appearances start materialising in the family home, leading Charlie, who is now 13,  to believe that her grandmother is communicating with her from beyond the grave.

Things, however, take a turn for the tragic when a horrific event involving Charlie and her brother Peter (Alex Wolff) throws the whole family into a whirlwind of blame and despair overnight. Unbeknown to her husband Steve (Gabriel Byrne), and in the hope of finding closure, Annie is convinced by mysterious new friend Joan (Ann Dowd) that all her questions will be answered as long as she follows a set fo rituals that will then allow her to communicate with her recently departed loved one.

Collette offers a truly magnificent and physically demanding performance as a woman teetering on the brink of madness. Playing deliberately on the ambiguity created by her erratic behaviour, Aster – who writes as well as directs – offers Annie as a woman caught between trying to appease her family, and the need to follow her own instincts.

Alex Wolff, who recently impressed as the young John “Derf” Backderf in My Friend Dahmer, puts in a hugely compelling and claustrophobic turn as Peter in some of the most disturbing sleep-paralysis sequences, which cleverly play on our collective fears. Elsewhere, Milly Shapiro is outstanding as the quietly unnerving Charlie, while Gabriel Byrne does solid work as someone whose job is to offer a more pragmatic approach to what appears to be taking place.

Overall, Hereditary might not be completely original in it subject matter, but it still manages to deliver a killer storyline held together by some fantastically well judged, clever and utterly terrifying jump scares, which will leave you cowering in your seat throughout. Add to that Colin Stetson’s fantastically atmospheric score, and you have a near-perfect classic horror that ticks all the right boxes.