The Turkish president said the operation, named Peace Spring, aims to eradicate ‘the threat of terror’ against the country. 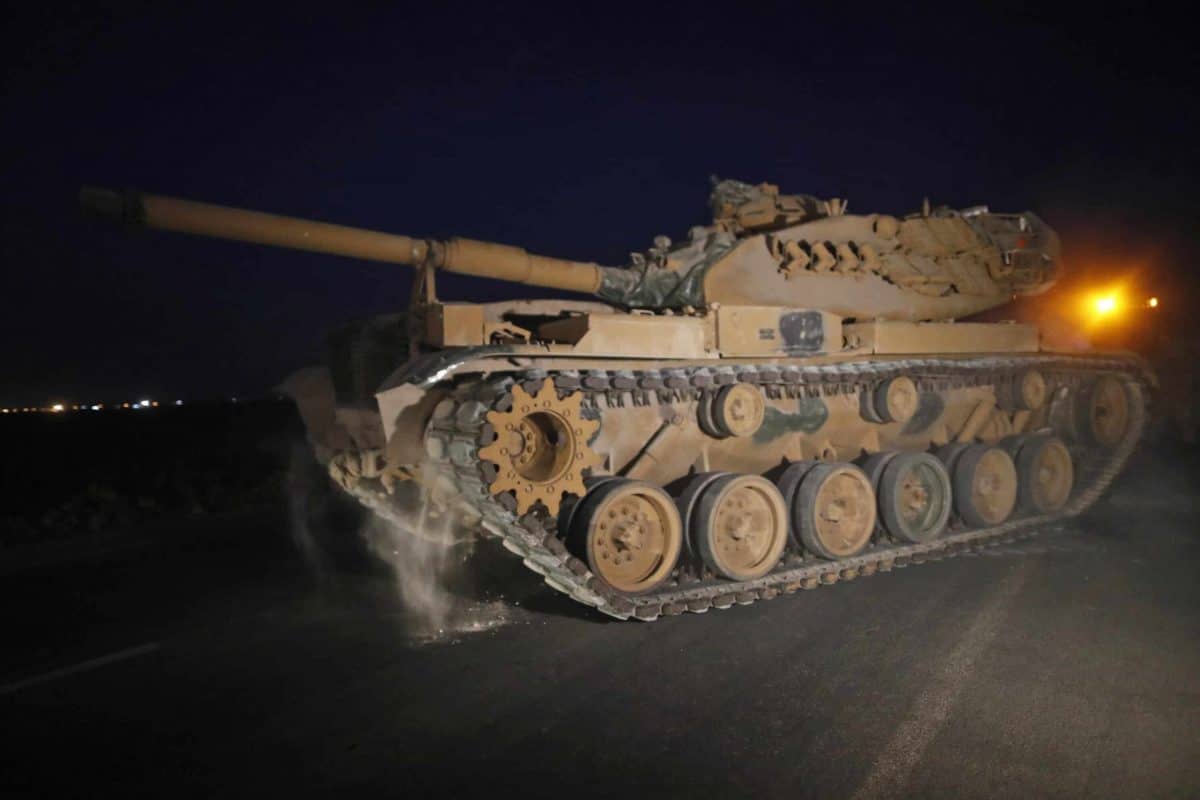 Turkey has launched a military operation against Kurdish fighters in north-eastern Syria after US forces withdrew from the area.

Turkish president Recep Tayyip Erdogan announced the start of the campaign, which followed an announcement on Sunday by US president Donald Trump that American troops would step aside in a shift in US policy.

The Syrian Kurdish forces were long-time US allies in the fight against the so-called Islamic State group.

“Our mission is to prevent the creation of a terror corridor across our southern border, and to bring peace to the area,” Mr Erdogan said in a tweet.

He added that Turkish Armed Forces, together with the Syrian National Army, had launched what they called “Operation Peace Spring” against Kurdish fighters to eradicate what Mr Erdogan called “the threat of terror” against Turkey.

TV reports in Turkey said its warplanes had bombed Syrian Kurdish positions across the border.

Turkish airstrikes hit the town of Ras al-Ayn on the Syrian side of the border, activists in Syria said.

There were no independent reports, however, on what was being struck in the initial hours of the operation.

Earlier on Wednesday, warning of a “humanitarian catastrophe”, Syrian Kurdish forces issued a general mobilisation call ahead of Turkey’s attack.

The Britain-based Syrian Observatory for Human rights reported that people had begun fleeing the border town of Tal Abyad.

Kurdish politician Nawaf Khalil, who is in northern Syria, said some people were leaving the town for villages farther south.

Turkey has long threatened to attack the Kurdish fighters whom Ankara considers terrorists allied with a Kurdish insurgency in Turkey.

Expectations of an invasion increased after Mr Trump’s announcement on Sunday, although he also threatened to “totally destroy and obliterate” Turkey’s economy if the Turkish push into Syria went too far.

Turkey has been massing troops for days along its border with Syria and vowed it would go ahead with the military operation and not bow to the US threat.

Mr Trump later cast his decision to pull back US troops from parts of north-east Syria as fulfilling a campaign promise to withdraw from the “endless war” in the Middle East.

On Wednesday, he defended his unpopular decision, saying he is focused on the “BIG PICTURE” that does not include American involvement in “stupid endless wars” in the Middle East.

“Fighting between various groups that has been going on for hundreds of years. USA should never have been in Middle East,” Mr Trump said in a series of morning tweets. “The stupid endless wars, for us, are ending!”