His running mate is a single mother and former housekeeper who will become the country's first black female vice-president. 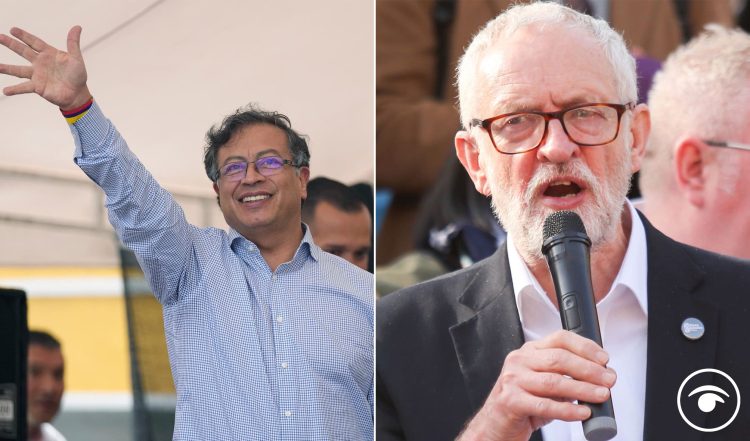 He was a member of the now disbanded M-19 movement in the 1980s. The rebel left-wing group was one of many guerrilla organisations that waged war against the state.

Figures show he took 50.5 per cent of votes, defeating his millionaire rival by a close margin of around 700,000 ballots.

The result marks a major change for the country, which for decades has been led by moderates and conservatives.

The vote was held amid widespread discontent at the way the country has been run, and there were anti-government protests last year in which dozens of people died.

The 62-year-old Mr Petro hailed what he called a “victory for God and for the people”.

“May so much suffering be cushioned by the joy that today floods the heart of the homeland,” Mr Petro wrote on Twitter. “Today is the day of the streets and squares.”

In response, former Labour leader Jeremy Corbyn: “Incredible news from Colombia with the election of a socialist president, who has shown the power of community organising to build a popular policy platform to heal the divisions of the past and bring about social justice. Felicidades y solidaridad @petrogustavo“