China is building a hospital dedicated to treating patients infected with coronavirus. 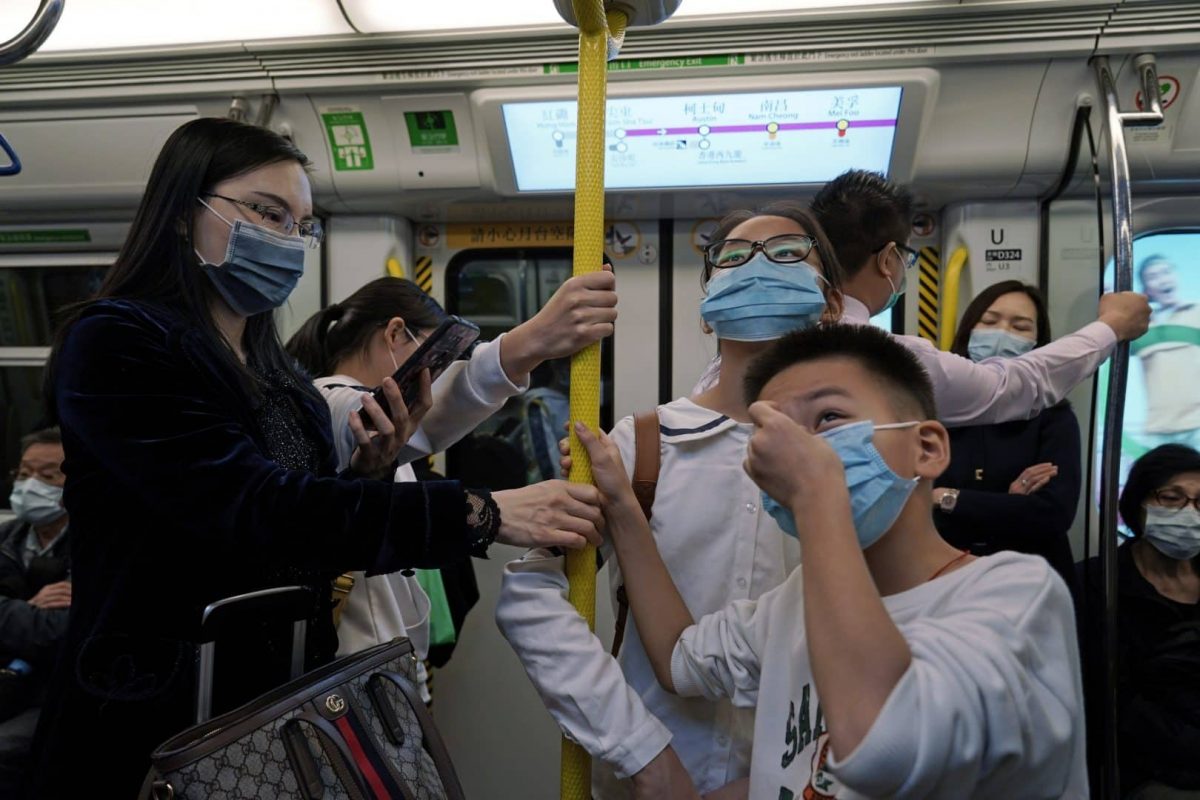 China has expanded lockdowns to at least 10 cities in a bid to contain the coronavirus outbreak.

The country is building a hospital dedicated to treating patients infected with the virus that has killed at least 26 people so far.

On the eve of Chinese New Year, one of China’s most important holidays, transportation has been shut down in at least 10 cities with a total of about 33 million people. The cities are Wuhan, where the illness has been concentrated, and nine of its neighbours in central China’s Hubei province.

The Wuhan government said it is building a designated hospital with space for 1,000 beds in the style of a facility that Beijing constructed during the Sars epidemic. The hospital is expected to be completed on February 3, according to authorities.

Masks have been made mandatory in public in Wuhan, and images from the city showed empty shelves in shops as people stock up for what could be an extended isolation. Train stations, the airport and subways are closed.

Authorities are taking precautions around the country. In the capital, Beijing, major public events have been cancelled indefinitely, including traditional temple fairs that are a staple of Lunar New Year celebrations. Two major tourist destinations, Beijing’s Forbidden City and Shanghai Disneyland, announced they will close indefinitely on Saturday.

The number of confirmed cases of the new coronavirus has risen to 830, the National Health Commission said. Some 26 people have died, including the first two deaths outside Hubei.

The health commission in Hebei, a northern province bordering Beijing, said an 80-year-old man died there after returning from a two-month stay in Wuhan to see relatives. Heilongjiang province in the north-east confirmed a death there but did not give details.

Initial symptoms of the virus can mirror those of the cold and flu, including cough, fever, chest tightening and shortness of breath, but can worsen to pneumonia.

The vast majority of cases have been in and around Wuhan, but people who visited or had personal connections to infected people were among the scattered cases counted beyond the mainland. South Korea and Japan both confirmed their second cases on Friday and Singapore confirmed its third. Cases have been detected in Hong Kong, Macao, Taiwan, the United States, Thailand and Vietnam.

Many countries are screening travellers from China and isolating anyone with symptoms.

The World Health Organisation has decided against declaring the outbreak a global emergency for now. The declaration can increase resources to fight a threat but its potential to cause economic damage makes the decision politically fraught.

Chinese officials have not said how long the shutdowns of the cities will last. While sweeping measures are typical of China’s Communist Party-led government, large-scale quarantines are rare around the world, even in deadly epidemics, because of concerns about infringing on people’s liberties.

The coronavirus family includes the common cold as well as viruses that cause more serious illnesses, such as the Sars outbreak that spread from China to more than a dozen countries in 2002-03 and killed about 800 people, and Middle Eastern respiratory syndrome, or Mers, which is thought to have originated from camels.

The Wuhan outbreak is suspected to have begun from wild animals sold at a food market in the city. The market is closed for investigation.

Nine people in the UK are awaiting test results for coronavirus, as the medical director of Public Health England (PHE) said it was “highly likely” cases would be seen in Britain.

Professor Paul Cosford, emeritus medical director at PHE, said it is still “early days” in the course of the virus, but stressed that most of those affected abroad are making a good recovery.

But he said it was “highly likely” that cases would be seen in the UK.

So far, 14 people in the UK have been tested for coronavirus, with five given the all-clear and nine still awaiting results.

The Scottish Government confirmed on Thursday that five people were being tested after presenting with symptoms of the illness, while it was understood that another patient was tested at Belfast’s Royal Victoria Hospital.

Two of those being tested in Scotland had been diagnosed with flu after travelling to Wuhan in China – the origin of the global outbreak.

Meanwhile, the official death toll in China has risen to 26 with more than 830 confirmed cases.

‘Highly likely that we will have cases in the UK’

Speaking on the BBC Radio 4 Today programme, Professor Cosford said: “I think it’s highly likely that we will have cases in the UK.”

Speaking on BBC Breakfast, he said anyone who has travelled to Wuhan in the last two weeks and returned to the UK, and who has symptoms, must get in touch with the NHS.

Symptoms of coronavirus include fever, sneezing and coughing.

Professor Cosford said: “We will not be surprised if people return from China to the UK with the infection, the important thing is that if you are one of those people and you develop symptoms you get in touch quickly.

“We are testing anybody who meets the criteria. The numbers aren’t the important thing, the important thing is that anybody who has been to Wuhan in the last 14 days and has symptoms, respiratory symptoms that could represent this virus… that we ask them to phone NHS 111 and then we can arrange any appropriate testing.”

He said there was no precise figure for how many people have been in contact with the NHS who may have symptoms.

“All our GPs and hospitals across the country have had a letter from the chief medical officer and the medical director at NHS England and us at Public Health England, so that if somebody does present and they are worried, if they do meet our criteria, that they will be put somewhere where they won’t infect other people while they’re assessed and while we can get them tested.”

Asked if face masks could provide protection, Professor Cosford said PHE was not advising people to use face masks at the moment, but is monitoring developments carefully.

He said: “These are early days with this virus, the vast majority of people who are infected do seem to be getting better.

“The people who have sadly died do seem to have other conditions that might make them more likely to suffer badly with this virus.”

In a statement to the Commons on Thursday, Health Secretary Matt Hancock said while “there is an increased likelihood that cases may arise in this country, we are well prepared and well equipped to deal with them”.

Also on Thursday, the World Health Organisation (WHO) said it is “too early” to declare an international public health emergency over the outbreak “given its restrictive and binary nature”.

Dr Tedros said: “We know that most of those who have died had underlying health conditions such as hypertension, diabetes or cardiovascular disease, that weakened their immune systems.

“At this time, there is no evidence of human-to-human transmission outside China, but that doesn’t mean it won’t happen.”

Wuhan – which has a population of 11 million people – has gone into lockdown, with authorities suspending planes and trains in and out of the city.

Beijing, Hong Kong and Macau have also cancelled some events to stop large crowds gathering together, as the country prepares to celebrate the Lunar New Year.

The UK is monitoring direct flights arriving into the UK from China as a precaution, but as the incubation period could be more than a few days according to experts this is not totally effective.

Passengers are receiving leaflets and advice on what to do if they develop symptoms, and a PHE health team is on standby at Heathrow.