"Our findings suggest the influence of an insidious anti-Black and anti-Indigenous logic to police violence that warrants further exploration into the role of these factors in fatal police encounters." 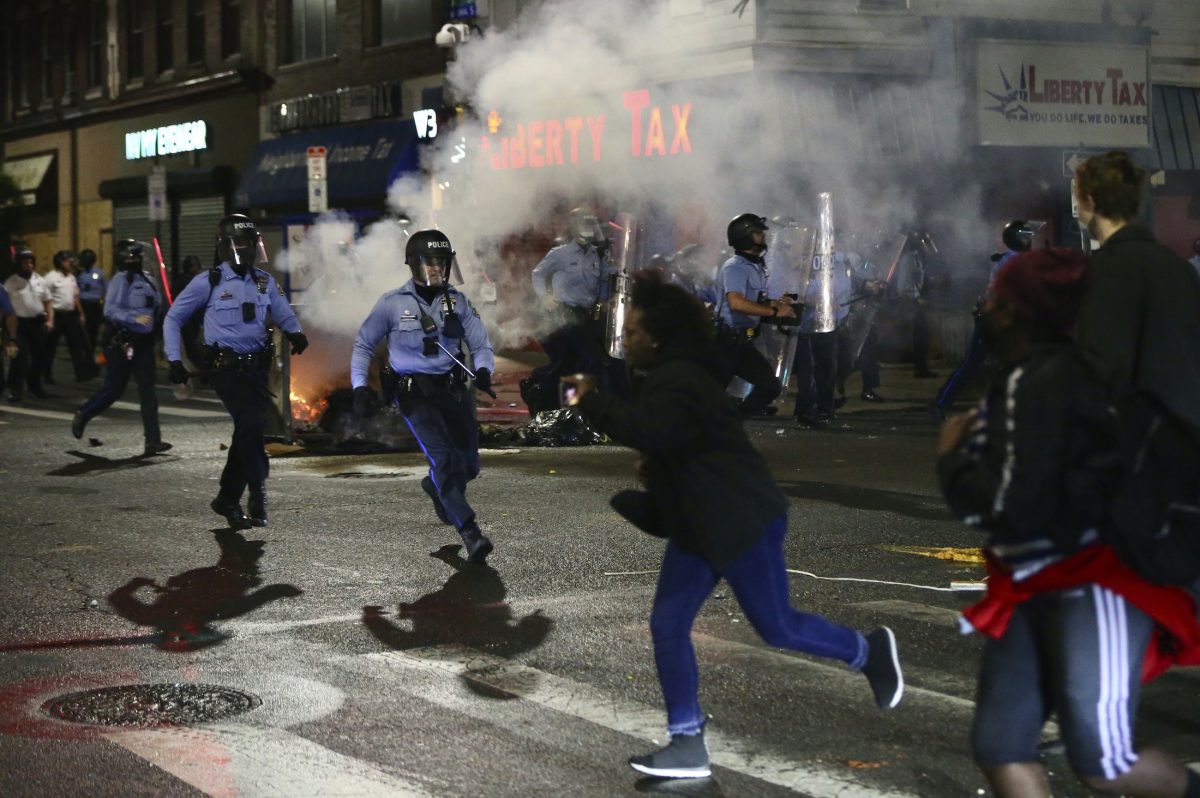 More than a dozen people have been arrested and more than 30 officers were injured in protests stemming from the fatal police shooting of a black man in Philadelphia.

Officers said the man refused their orders to drop a knife in a confrontation captured on video.

The man, identified by city officials as Walter Wallace, 27, was shot before 4pm on Monday (8pm GMT) in an episode filmed by a bystander and posted on social media.

Witnesses complained that police had fired an excessive number of shots.

Mr Wallace’s father, Walter Wallace Sr, told The Philadelphia Inquirer that his son appeared to have been shot 10 times.

He said his son was also a father, was on medication and had struggled with his mental health.

“Why didn’t they use a Taser?” he asked.

Officers had been called to the predominantly black Cobbs Creek neighbourhood in west Philadelphia on reports of a man with a weapon, said Tanya Little, a police spokeswoman.

Police said they found Mr Wallace holding a knife and ordered him to drop the weapon several times. Wallace advanced toward the officers, who fired several times, Ms Little said.

More likely to be shot

Unarmed black people are three times more likely to be shot dead by police in the United States than white people, reveals a new study.

Three times as may unarmed black people are killed in police shootings every year in the US than white people, according to the research.

While deaths by police violence among People of Black, Indigenous and People of Colour (BIPOC) in the US are “disproportionately high”, how this has changed over time was not clear until now.

The findings reveal the number of BIPOC killed in police shootings has not “budged” in the past five years, leading the researchers to dub it a “public health emergency”.

Author Elle Lett, a doctoral student at the University of Pennsylvania, said: “Racism alone does not explain our findings.

“Our findings suggest the influence of an insidious anti-Black and anti-Indigenous logic to police violence that warrants further exploration into the role of these factors in fatal police encounters.”

Public data compiled by The Washington Post on every person killed by on-duty police officers in the US between 2015 and 2020 was analysed by the researchers.

Data from local news reports, independent databases and the paper’s news reports, contained details, including the victims race, age and sex, as well as items found in their possession, which could have been perceived to be a weapon.

While 5367 deadly police shootings were reported by the Washington Post, missing details meant only 4653 deaths were analysed.

The number of fatal police shootings involving an unarmed victim between 2015 and 2019 was added up.

Doctoral student Lett said: “Native Americans were three times more likely to be shot dead than Whites, while Blacks were more than 2.5 times, and Hispanics 29 per cent more likely.

“Deaths among Asians were significantly lower than among Whites.”

Around one in six people killed by US police officers was unarmed, the researchers found.

Unarmed death rates were three times higher in Black communities and 45 per cent higher among Hispanics, however.

“We urge health professionals to help drive policy efforts to “reduce this unjust burden and move us towards achieving health equity in the US.”

Then how many years of life were lost by each ethnic group was calculated for every quarter – every three months over the five year period.

Rates of years of life lost were three to four times higher among Black and Native American people.

Unarmed killings contributed heavily to the years of life lost as victims tended to be younger, the researchers found.

Demilitarisation of the police force is one of the solutions put forward by the researchers to tackle the imbalance.

Doctoral student Lett: “The US Military offloads surplus weaponry to local police and use of force policies lack specificity and standardisation.

“Further, only 16 states require de-escalation training, which would equip officers to distinguish a threat from a civilian in crisis.

Half the victims analysed were White, while 27 per cent were Black, 19 percent Hispanic, two per cent Asian and two per cent Native American.

A one per cent fall in the death rate for White victims was the only change observed over the 5 year period.

Doctoral student Lett said: “Given the racial or ethnic proportions of the US population, the disproportionate killings of BIPOC point to a public health crisis.”

The findings were published in the Journal of Epidemiology & Community Health.