It comas as Israeli authorities advanced plans to build nearly 800 homes in West Bank settlements, in a last-minute surge of approvals before Mr Trump leaves office and Joe Biden is inaugurated as the 46th president of the United States. 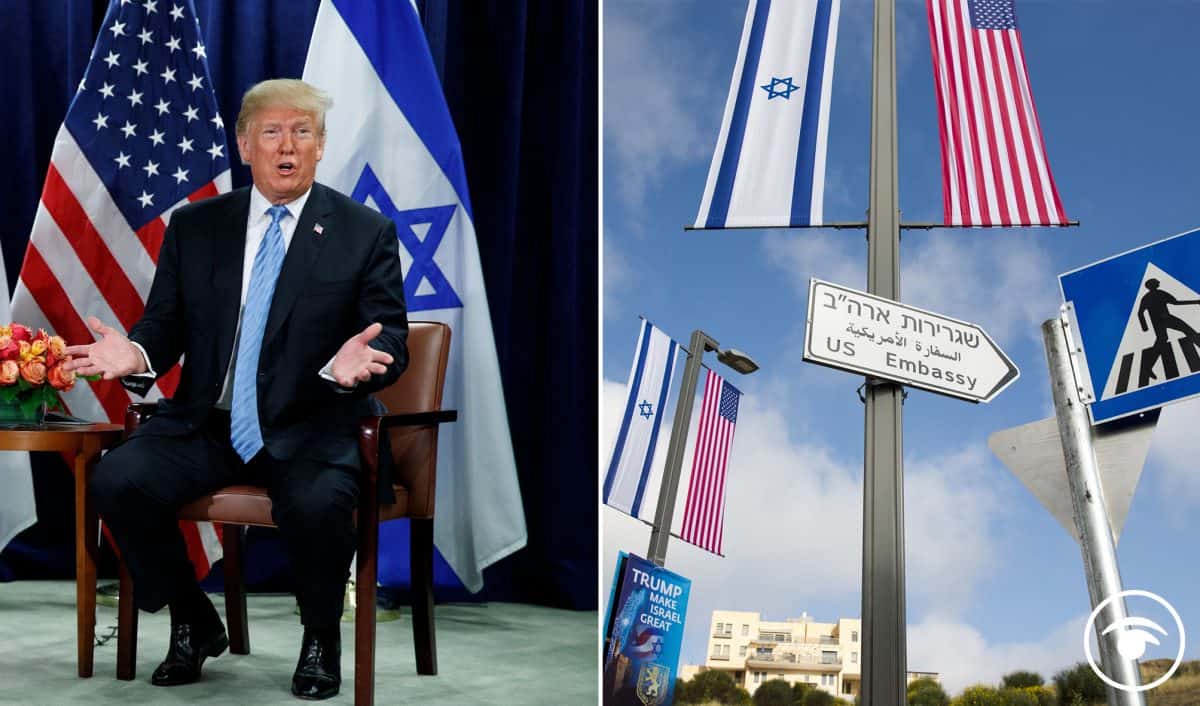 The head of the Arab League expressed hope that the Biden administration will change President Donald Trump’s policies and launch a political process supported by regional and international parties to achieve independence for the Palestinians.

Ahmed Aboul Gheit, secretary-general of the 22-member organisation, told the UN Security Council that a two-state solution to the decades-old Israeli-Palestinian conflict “has been marginalised by the main mediator in the peace process”, a reference to the United States.

“This encouraged the Israeli government to intensify its settlement activities and to threaten to take dangerous and destructive steps such as annexing occupied land,” he said.

The Arab League chief addressed the Israeli-Palestinian conflict in a wide-ranging briefing on the crises and conflicts in the Middle East.

He also referred without name to Iran, saying that “some regional powers are interfering in the affairs of the Arab region” by adversely affecting “the security of international maritime navigation routes which are a lifeline for international trade”, a reference to freedom of navigation in the Persian Gulf.

“It has also become apparent that this interference perpetuates existing conflicts and further complicates them,” he said, without directly citing Iran’s support for Syrian President Bashar Assad, for Yemen’s Houthi Shiite rebels and for Hamas, which controls the Gaza Strip.

Aboul Gheit said the Covid-19 pandemic and ongoing conflicts and crises have created “a dangerous mix that has taken a heavy toll on the peoples of the region”, pointing to 10 years of civil war in Syria, Yemen’s war entering its seventh year and “entrenched divisions in Libya”.

He spoke a day after Israeli authorities advanced plans to build nearly 800 homes in West Bank settlements, in a last-minute surge of approvals before Mr Trump leaves office and Joe Biden is inaugurated as the 46th president of the United States.

The Palestinians claim all of the West Bank, captured by Israel in the 1967 Mideast war, as part of a future independent state.

They say the growing settler population, approaching some 500,000 people, makes it increasingly difficult to achieve their dream of independence.

Mr Aboul Gheit said that “significant efforts” need to be made by all parties in coming months to reaffirm the two-state solution.

“We look forward to the new American administration rectifying policies and processes that are not useful and engage in a fruitful political process with the support of influential regional and international parties,” he said.

“This would give the Palestinian people renewed hope that the international community would stand by its side in its noble aspiration to achieve freedom and independence.”

On Syria, Mr Aboul Gheit said five countries are interfering militarily and the “security situation remains tumultuous and precarious, especially in the northwest, northeast and south”.

This not only undermines prospects of a political settlement but also has equally serious humanitarian repercussions, with 90% of Syrians living in poverty, he said.

“I am convinced that a genuine solution would start with a minimal level of international consensus, which is still lacking,” and would require some regional parties to reduce their involvement in Syria, Aboul Gheit said.

“Those regional parties continue to view Syria land as spoils of war or use it to settle scores.”

In Yemen, the Arab League chief said the situation “is as dangerous, especially the humanitarian situation”, with some Yemenis on the bring of starvation.

He strongly backed efforts by UN special envoy Martin Griffiths to get agreement between the Houthis and the internationally recognised government on a joint declaration calling for a cease-fire and confidence-building measures.

He said the Saudi-negotiated agreement on a new Cabinet “is a positive sign that the fragmentation and division are coming to an end,” which “paves the way for negotiations on a comprehensive solution”.

As for Libya, Mr Aboul Gheit said recent events “could bring us closer to ending the division in this important Arab country”.

After the 2011 overthrow and killing of dictator Muammar Gaddafi, oil-rich Libya was split between rival administrations in its east and west, each backed by an array of militias and foreign powers.

The warring sides agreed to a UN-brokered ceasefire in October, a deal that included the departure of foreign forces and mercenaries within three months and holding presidential and parliamentary elections on December 24.

Mr Aboul Gheit urged implementation of the ceasefire agreement as well as ending recruitment of foreign fighters and stopping shipments of weapons and military equipment to Libya.