Allies of Mr Biden have also not forgiven Mr Johnson for previously highlighting Mr Obama’s “part-Kenyan” heritage, claiming it had given him an “ancestral dislike of the British empire”. 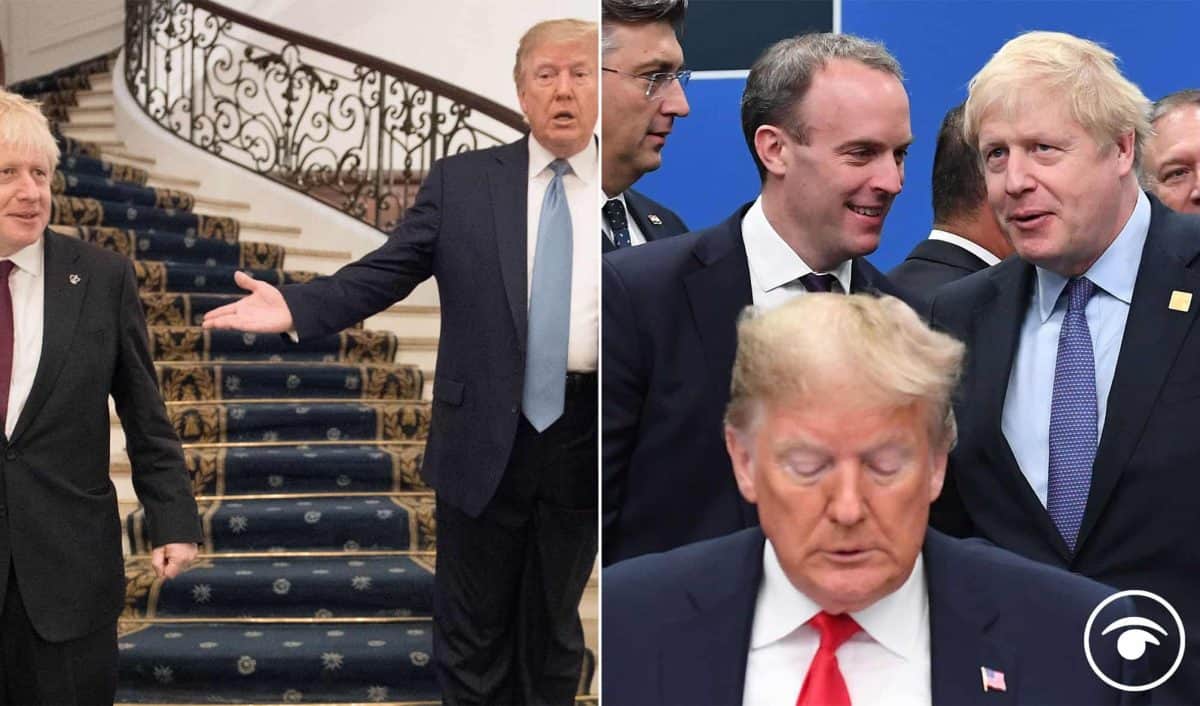 People who believe Boris Johnson would have preferred Donald Trump to win a second term as US president are “mistaken”, the former head of the UK’s civil service said.

Lord Sedwill, who served as Cabinet Secretary from 2018 to 2020, wrote in the Daily Mail that another term for Mr Trump “would not have been to the benefit of British or European security (or) to transatlantic trade, let alone the environmental agenda to which the Prime Minister is so committed”.

He continued: “Those of us who regard ourselves as close American allies have badly missed US leadership over the past four years.

“Mr Biden’s administration will reset priorities much more in line with those of his former boss, Barack Obama. He will re-engage with democracies and global institutions – such as the World Health Organisation and the World Trade Organisation – that Mr Trump despised and disrupted.

“He will revive arms control negotiations with Iran and Russia, and rejoin the Paris treaty, which is crucial to the prospects for this year’s climate change conference in Glasgow. With Brexit accomplished and the Biden administration ready to re-engage, this is the moment for ‘Global Britain’ to step up to that challenge.”

Mr Johnson was among the first world leaders to secure a call with Mr Biden following his election victory, with the Prime Minister telling PMQs in November: “It was refreshing, I may say, to have that conversation and I look forward to many more.”

Since Mr Biden’s election, there have been concerns the pair could face diplomatic difficulties.

They have never met before and Mr Biden has likened the Prime Minister to a “physical and emotional clone” of Mr Trump.

Allies of Mr Biden have also not forgiven Mr Johnson for previously highlighting Mr Obama’s “part-Kenyan” heritage, claiming it had given him an “ancestral dislike of the British empire”.

The Prime Minister has gone to many efforts not to criticise Mr Trump during his leadership. However, he has been more vocal in recent weeks, rebuking Mr Trump for inciting supporters to storm the Capitol and for continuing to question the legitimacy of the US election.

Mr Johnson told a Downing Street press conference on January 7: “Insofar as he encouraged people to storm the Capitol and insofar as the president consistently has cast doubt on the outcome of a free and fair election I believe that that was completely wrong.”

Related: Biden to prioritise status of millions of immigrants as Trump officials to transfer Native American land to miners