Alison Chabloz, from Derbyshire, will be sentenced later on today. 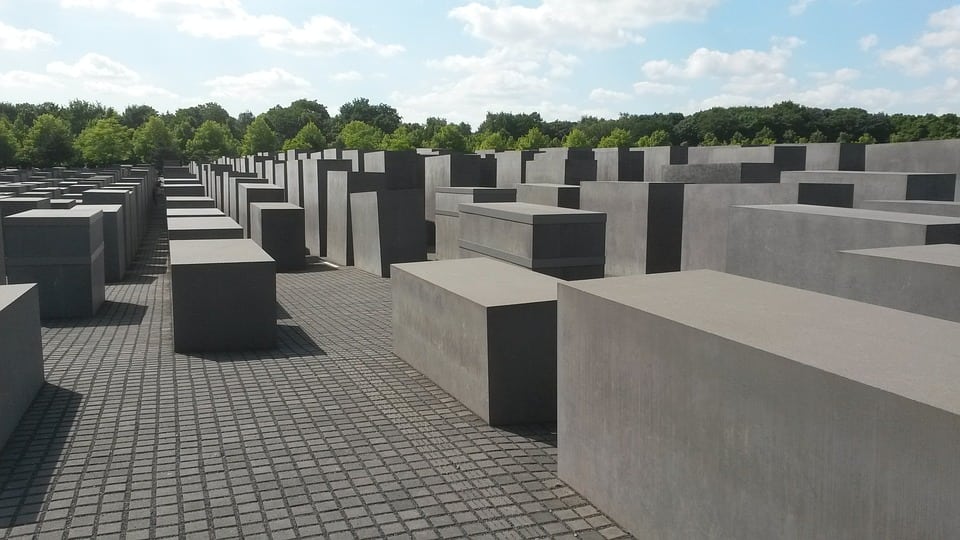 A blogger who posted online pop videos of her songs denying the holocaust, mocking survivors and described Auschwitz as a “theme park” has been found guilty creating “grossly offensive” material.

Alison Chabloz, 53, who describes herself as a “holocaust revisionist” was found guilty of making three anti-Semitic songs on YouTube in September 2016.

One person in the public gallery at Westminster Magistrates’ Court shouted “shame” while another shouted “Justice” after the guilty verdict was announced while Chabloz showed no emotion.

District Judge John Zani said: “I am entirely satisfied that the material was grossly offensive and that Alison Chabloz intended to insult those who were referenced in the songs.”

She was found guilty of three counts of improper use of a public electronic communications network which are described in the charges as “grossly offensive, indecent or obscene.”

Two of the songs, one called (((Survivors))), and another called ‘Nemo’s Anti-Semitic Universe’ were performed at a conference at the Grosvenor Hotel in London hosted by a group called The London Forum.

On her personal blog she posted links to the 44 minute video of the two songs.

The London Forum describes itself as “a conference group for nationalists, identitarians, thinkers and commentators”.

She also posted a video of a third song directly onto YouTube entitled “I like the story as it is – SATIRE” which she performs with a guitar in front of a microphone.

She was represented by barrister Adrian Davies, who represented Holocaust denier David Irving at the the court of appeal in 2001 and was formerly a chairman of the British Democratic Party.

The case was originally brought by a private prosecution by the charity the Campaign Against Anti-Semitism but was taken up by the Crown Prosecution Service after previously refusing to take the case.

In the song (((Survivors))) she sings: “We control your media, control all your books and TV, with the daily lies we’re feeding, suffering victimisation.

“Sheeple have no realisation, you shall pay, all the way, until the break of day.”

The song also mocks holocaust survivors Irene Zisblatt and Elie Wiezel, insinuating their accounts were made up to make money.

She also questions the authorship of Anne Frank’s diary, which she again claims was a money making scam by her father.

The use of the three brackets in the songs title was known as an “Echo” which is “a symbol devised by far right extremists to make Jewish figures more easily identifiable for the purpose of online harassment, the court was told at an earlier hearing.

In lyrics to her song entitled “Nemo’s Anti-Semitic Universe” Chabloz branded Auschwitz a “theme park” and gas chambers a “hoax” and described the holocaust as a “Holohoax”.

She also sang “Isra-hell is a genocidal state with no right to exist, everyone knows the score under international law”.

It also includes lines such as “Did the Holocaust ever happen? Was it just a bunch of lies? Seems that some intend to pull the wool over our eyes.”

The song goes on to say “Now Auschwitz, holy temple, is a theme park just for fools, the gassing zone a proven hoax, indoctrination rules”.

The performance goes on, saying: “History repeats itself, no limit to our wealth, thanks to your debts we’re bleeding you dry.”

Prosecutor Karen Robinson told a previously hearing: “The songs target Jewish people and no others.

“The songs, specifically the language used within them, have been carefully considered and composed with the language chosen deliberately.

“These are songs, their lyrics, about matters of the utmost seriousness, music.

“The music the defendant uses, which is traditional Jewish song music is part of her attempt to mock and provoke.”

The prosecution contends that the defendant’s songs go way beyond the mere expression of an unfashionable opinion about serious matters and that they go way beyond permissible satirical or iconoclastic comment.

“They are anti-semitic, they are targeting the Jewish people as a whole and use both their content and their tone to ensure maximum offence.

“It may be well be that some of the alleged humour is derived from the level of offence to the Jewish people.

“The songs are designed to provoke maximum upset and discomfort. By the standards of an open and multi-racial society they are grossly offensive.”

Chabloz, of Charlesworth, Glossop, Derbyshire, had denied all charges but is due to be sentenced later on today.