Charlotte Bonwick needs a variety of medication daily during her life-long battle with ill health - but says she was told to get her clean needles from an exchange usually used by drug addicts. 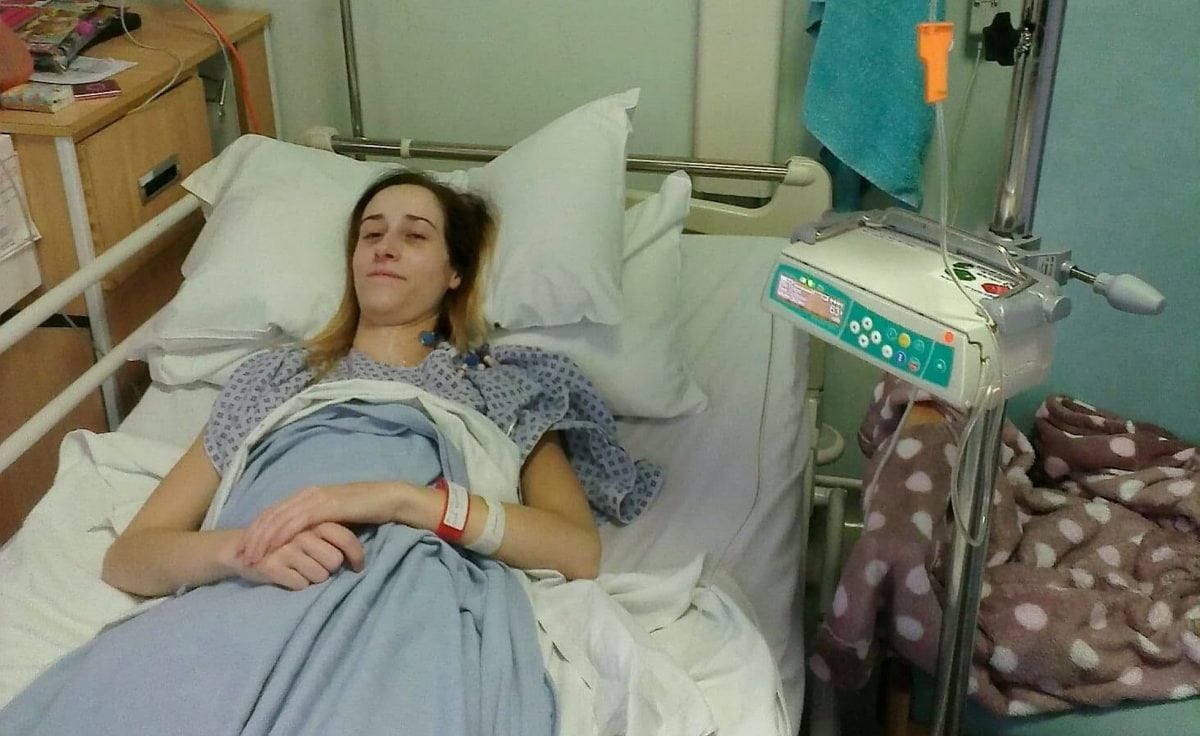 A woman who needs to inject life-saving medication three times daily has been denied an NHS prescriptions for syringes – ‘due to cutbacks.’

Charlotte Bonwick needs a variety of medication daily during her life-long battle with ill health – but says she was told to get her clean needles from an exchange usually used by drug addicts.

The brave 23-year-old, who was born with her intestines outside her body, needs to inject medication every eight hours to stabilise her body, which has been ravaged by sepsis a shocking six times.

Charlotte, from East Grinstead, West Sussex, was told by her doctor that she cannot have a NHS script for hypodermic syringes any longer due to cutbacks – and she says they advised her to go to a needle exchange.

The young woman, who is so ill she cannot work, now has to borrow money from her parents to afford the £500-a-month private prescription for syringes.

She said: “This whole thing came out of the blue, I had no warning whatsoever – it’s made me really upset because now I can’t rely on them.

“Whenever I want to go and pick up my prescription they said they lost it – that’s how it started.

“They couldn’t tell me where the prescription was – it came across a bit strange.

“I have been on drugs since was born – it seems they are just phasing me out, they told me that the drugs were just too expensive, but these are the only ones that work.

“The surgery I go to told me that I couldn’t have needles any more – how am I supposed to take my medication.”

Without this anti-sickness drug, Charlotte’s weight plummets and she risks severe dehydration in what she calls a ‘knock on effect.’

Due to health reasons, medication has to be injected to have the correct effect – which sees Charlotte use needles three times a day.

Charlotte, who has to live with her parents because she is so ill, was told that due to a budget cut, the NHS is unable to provide monthly dosages and refused to supply her with needles.

For the last few months, Charlotte has had to fork out a whopping £500 a month for her extra drugs and life-saving needles that the surgery once provided – because she is too fearful to go to the local exchange.

Free charity needle exchanges are usually set up to improve the health of drug addicts by giving them a free way to get new needles, rather than having to share.

She said: “I was told by my doctor that they don’t have them because it’s too expensive.”

Charlotte said that she was forced to contact Mid Sussex East Shoreham CCG in order to raise her issue – who cooperated at first – before ‘ignoring her for three months’.

She added: “They told me to go the needle exchange.

“It shouldn’t be about costs, they should be caring for people who need it regardless.”

Mid Sussex East Shoreham CCG have been approached for a comment.