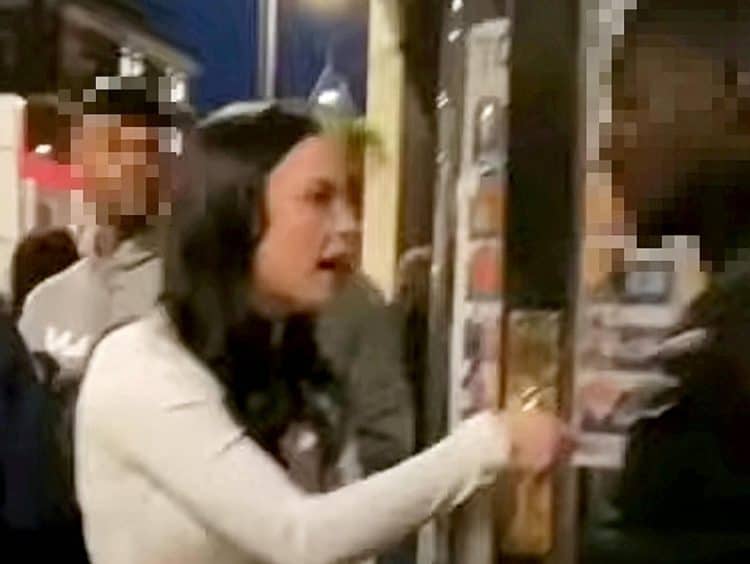 A drunk woman who hurled a torrent of racial abuse at a black Wetherspoons doorman and spat at him broke down in tears today yesterday as she was jailed for 14 weeks.

Sharna Walker, 25, flew into a rage and started screaming at doorman Tristan Price, 26, when he booted her out of a bar in Birmingham.

Her vile tirade was caught on camera as she pushed the security guard and called him a “black c***” and a “f***ing n*****” in front of shocked onlookers.

Walker, of Worcester, then spat at him outside Wetherspoon’s Figure of Eight bar on Birmingham’s bustling Broad Street on May 22.

Yesterday Walker was jailed after she pleaded guilty to racially aggravated common assault and criminal damage after smashing a pub door.

The doorman Tristan Price previously spoke out about the abuse he received, saying it left him feeling ashamed.

“It just made me feel small,” he said.

“If I’m being physically attacked, I’m allowed to, obviously, defend myself, but against a verbal attack, you’re literally not allowed to do anything.

“This was a disgraceful incident and people were understandably disgusted at her actions.”