A grandmother suffered a heart attack during a job centre employment meeting and was too scared to get up and leave, for fear of losing her benefits echoing the film I, Daniel Blake. In the Ken Loach film, the lead suffers a similar situation, but this woman had an attack DURING an appointment, but was […] 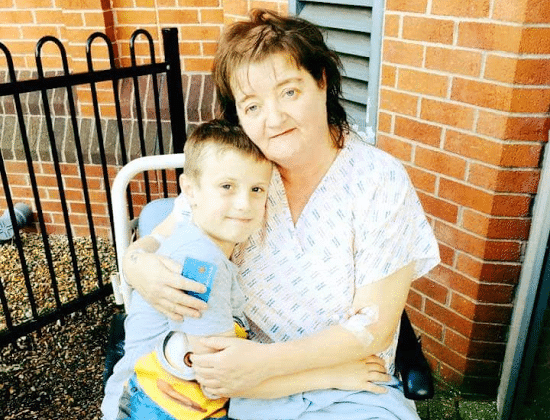 A grandmother suffered a heart attack during a job centre employment meeting and was too scared to get up and leave, for fear of losing her benefits echoing the film I, Daniel Blake.

In the Ken Loach film, the lead suffers a similar situation, but this woman had an attack DURING an appointment, but was ignored by the interviewer.

Grandmother Salena Hannah, 50 was attending the Job Centre is Salisbury on 2nd May at 1pm.

She explained: “I had been suffering with chest pains for about two weeks and took a couple of sprays of GTN spray, to help with my angina, before I walked in to meet my interviewer.

“My job is under 16 hours, at a chip shop, so I am forced to attend regular meetings, or my benefits might be stopped.

“I was feeling some really bad pains in my chest and I told her at least two or three times that I was in agony, but she just kept ignoring me.

“I was prescribed the drug about five years ago, but rarely use it.

“I said I needed to go to the NHS walk-in centre immediately, but it fell on deaf ears. I was living in fear of being sanctioned and just felt trapped. I didn’t think I could leave or I would have my benefits stopped.”

“I was sweating profusely and must have looked very ill. I was with my grandson, and he looked concerned, but she didn’t. 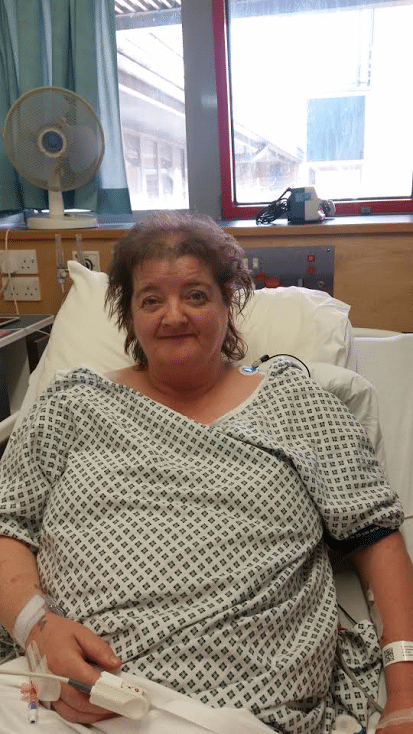 “Eventually after 40 minutes she told me the interview was over and I went straight to the walk in centre in town and they immediately called an ambulance and I was taken to Salisbury district hospital.

“They did some blood tests and told me I had suffered a heart attack, my first ever, and they inserted two stents into my artieries. I was kept in hospital for three days.

“Eventually they let me out and within an hour of being at home, the pains returned and I went back to the hospital, this time they inserted three stents, and kept me in for a further few days.

“I got home on the 11th and i’m slowly getting better, but am still very short of breath and weak.

“I have been signed off for a month and I am now on ESA rather than JSA.

“However, the way I was treated in that interview was a total disgrace, I was so worried about losing my benefits that I didn’t just get up and leave to go to hospital. I just sat there having a heart attack.”

Peter Tatchell, Human rights campaigner said: “This is another part of the outrageous draconian and abusive way in which the benefit system is being enforced.

“It shows a total lack of compassion and it’s very clear that benefit staff are under set huge pressure to get results, regardless of the suffering inflicted upon the claimants.”

“It’s disgusting to see how some of the most vulnerable people in society are treated. What’s even worse is that these people are doing everything that’s asked of them. They’re going out to work everyday, or desperately searching for work, trying to look after themselves and their family, and yet they’re treated with contempt.

“Our social security system is being slowly eroded, and further cuts will see the poorest families hit even harder. How bad do we want it to get for the poorest before our humanity kicks in?

“We need a compassionate, and supportive system that helps to lift people out of poverty, not one that watches on as they suffer needlessly.”

Tim Roache, GMB General Secretary, said:”When you hear stories like this, you have to wonder if all compassion has been completely ripped from our system by continued austerity and cuts to front line services.

“We’re talking about people’s actual lives here, their health, their families, not numbers on a spreadsheets or theoretical targets.

“It’s heartbreaking, and what’s so frustrating is that it doesn’t need to be this way.

“More Westminster politicians should try and navigate this system – most people don’t want to be on the dole but this Government refuses to invest to create good jobs that pay a decent wage. “

The DWP said: “We would always encourage claimants who suddenly fall ill to seek medical attention, or to speak to a member of staff for assistance.”