He was convicted of terror offences in 2012. 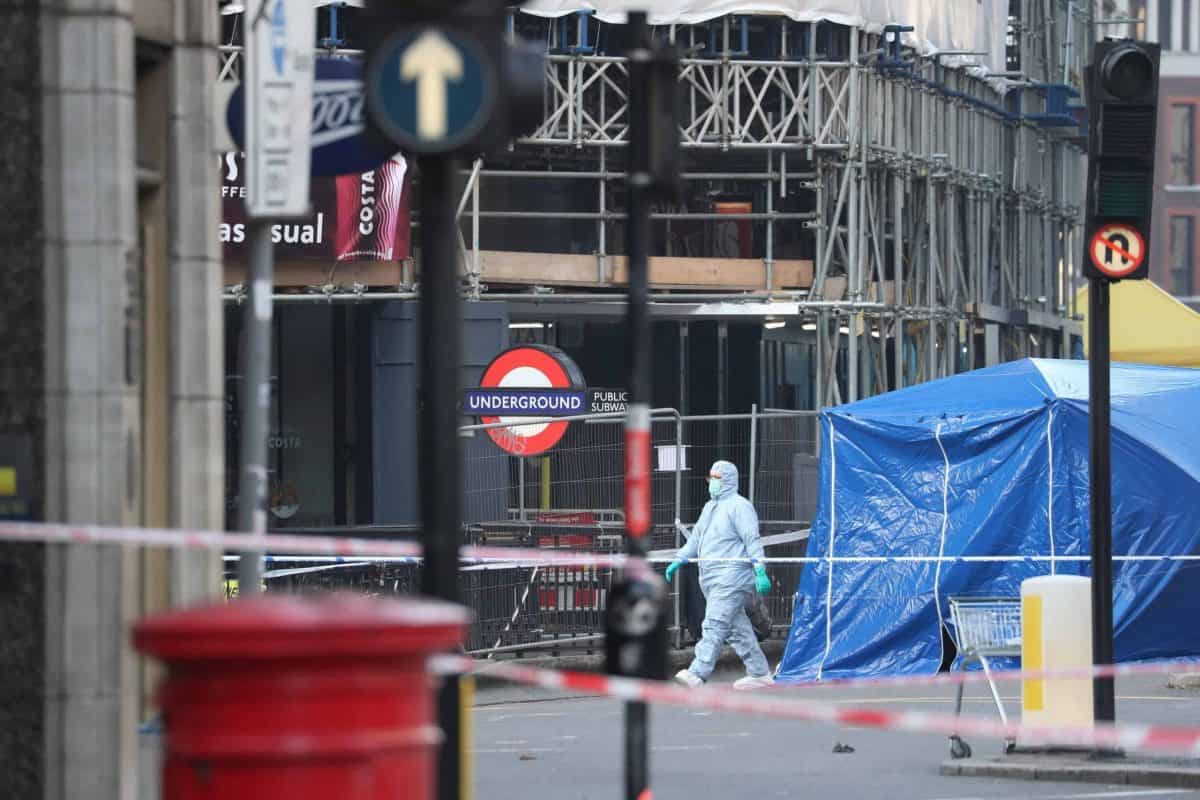 – What was he convicted of?

In late December 2010, Khan and eight others were charged with conspiracy to cause explosions and other terrorism offences.

On February 1, 2012, all nine pleaded guilty to a variety of terrorist offences, with Khan admitting a lesser charge of engaging in conduct in preparation for acts of terrorism between November 1 and December 21, 2010.

This related to plans for a terrorist training camp in the Kashmir region of Pakistan, including attending operational meetings, fundraising for terrorist training, preparing to travel abroad and assisting others in travelling abroad.

– What sentence did he receive?

Khan and two others, known as the Stoke defendants, were originally given indeterminate sentences with a minimum term of eight years behind bars instead of a fixed term.

Khan was handed the indeterminate sentence after judge Mr Justice Wilkie concluded it was required to protect the public, as Khan had a “serious long-term plan” and a commitment to terrorism.

The prosecution said the crimes committed by the group were equally serious, but Khan and two others were significantly more advanced in terms of experience, technique, ambition and facilities.

The other defendants, known as the London defendants, were given determinate, or fixed-term sentences, related to a more short-term plan to send a pipe bomb to the London Stock Exchange or possession of terrorist magazines.

– What is an indeterminate sentence?

Sentences of Imprisonment for Public Protection (IPPs) were introduced in 2005 and given to violent or sexual offenders who posed a risk to society.

They would not include a fixed term of imprisonment, but instead would give an offender a minimum period to serve before they could be released.

A prisoner serving an indeterminate sentence would stay in prison until it was found they were safe to be released, meaning they could remain locked up for decades if they were still thought to be dangerous.

They were abolished in December 2012, but not for existing prisoners.

The sentences were criticised for being overused, particularly for offenders given short minimum periods but kept in prison for a long period of time.

They were also found to put a strain on prison and parole systems, leading to overcrowding.

– Why was Khan’s sentence changed?

Khan, along with Nazam Hussain and Mohammed Shahjahan, appealed against their sentences and had the indeterminate sentences dropped by the Court of Appeal in 2013.

Lord Justice Leveson found the original decision had “wrongly characterised” the three men as more dangerous than the other defendants.

In his judgment, he wrote: “Although we recognise that training terrorists in the use of firearms could only lead to potential loss of life… the fulfilment of that goal was further removed and there were other obstacles.”

Mr Justice Leveson ruled the three men should have been given determinate extended sentences, finding that Shahjahan now had to serve 17 years and eight months and Khan and Hussain had to serve 16 years.

– What is an extended sentence?

Extended sentences are handed down when a court has found a defendant is dangerous and therefore needs a longer period in prison and of supervision when released.

Rather than being released on licence at the mid-point of the sentence, a prisoner given an extended sentence will be released after two-thirds of their sentence had been served in prison.

– So why was Khan released halfway into his sentence?

It is understood Khan was correctly released from prison halfway through his term because he was sentenced under previous legislation.

For anyone wondering why Usman Khan was released only half way through his custodial term, the answer lies in the law that applied at the time of the offence. For similar offences after Dec 2012, release is at the 2/3 mark and only if Parole Board thinks it safe. pic.twitter.com/eT7pgBDM8z

The nine men sentenced in February 2012 were sentenced under law from 2003, which said people given extended sentences would be released on licence at the midway point.

This meant that Khan only had to physically spend eight years in prison, taking into account the 408 days he was behind bars before his trial.

The law covering extended sentences was changed in December 2012, but Mr Justice Leveson used the previous law in the appeal as it was the one used at the original sentence.

– What does being on licence mean?

When on licence, defendants are monitored by the probation service and have some limits on what they can do while out of prison.

If someone reoffends during their licence period, they may be recalled to prison to serve the remainder of their original jail term.

Standard licence conditions include being on good behaviour, receiving visits from a supervising officer from the probation service, and not leaving the country without permission.

Khan’s sentence was an extended sentence, meaning he would have to spend an extra five years on licence after he was freed from prison. This meant he would have been supervised by the probation service for the 13 years after his release.

Khan would also have been required to notify police if he had changed any personal details, including his name, address, bank details or car for the next 30 years as he had been convicted of a terror offence.

– Was the Parole Board involved?

A Parole Board spokesman said as this was standard procedure, the board had no involvement in Khan’s release and he “appears to have been released automatically on licence (as required by law), without ever being referred to the board”.

Mr Justice Leveson, sitting with Mr Justice Mitting and Mr Justice Sweeney at the appeal, said: “There is an argument for concluding that anyone convicted of such an offence should be incentivised to demonstrate that he can safely be released; such a decision is then better left to the parole board for consideration proximate in time to the date when release becomes possible.”

However, he then decided that while the risk to the public was clear, the three Stoke defendants were no more dangerous than their co-defendants – who were eligible for automatic release without involvement from the parole board.

He said the three men may have instead “talked up their prospects” more obviously while under surveillance.