The Cabinet minister had earlier visited the scene of the London Bridge attack with the Prime Minister. 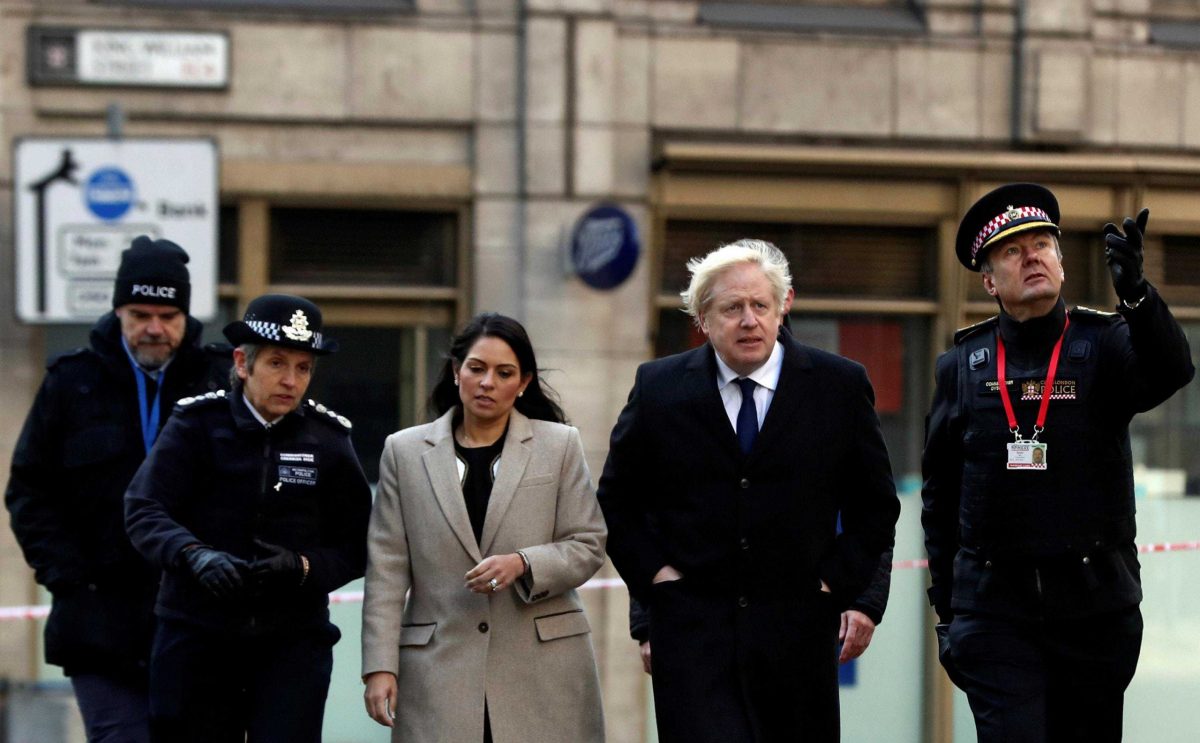 The Home Secretary has blamed a previous Labour government after Yvette Cooper asked how the London Bridge attacker could have been released when he was deemed so dangerous.

Priti Patel took to Twitter to respond to Labour’s Ms Cooper, who had posted a series of tweets asking questions about Usman Khan’s release.

The Cabinet minister had earlier visited the scene of the attack with the Prime Minister, which she also posted about on social media.

In the first of a series of tweets, Ms Cooper said: “Usman Khan was sentenced for serious terror offence in Feb 2012. Thought to be so dangerous by judge he was given IPP sentence to prevent release if still serious threat.

“Instead he was released 6 yrs later without Parole Board assessment. How cd this be allowed to happen?”

Ms Patel responded: “Because legislation brought in by your government in 2008 meant that dangerous terrorists had to automatically be released after half of their jail term.

“Conservatives changed the law in 2012 to end your automatic release policy but Khan was convicted before this.”

Sentences of Imprisonment for Public Protection (IPPs) were introduced in 2005 and given to violent or sexual offenders who posed a risk to society.

They would not include a fixed term of imprisonment but instead would give an offender a minimum period to serve before they could be released.

A prisoner serving an indeterminate sentence would stay in prison until it was found they were safe to be released, meaning they could remain locked up for decades if they were still thought to be dangerous.

They were abolished in December 2012, but not for existing prisoners.

Khan and two others were originally given indeterminate sentences with a minimum term of eight years behind bars instead of a fixed term.

Khan, along with Nazam Hussain and Mohammed Shahjahan, appealed against their sentences and had the indeterminate sentences dropped by the Court of Appeal in 2013.

Mr Justice Leveson found the original decision had “wrongly characterised” the three men as more dangerous than the other defendants.