Mark Lawrenson has taken some pelters online today, after he blamed his departure from the BBC on his age and skin colour. 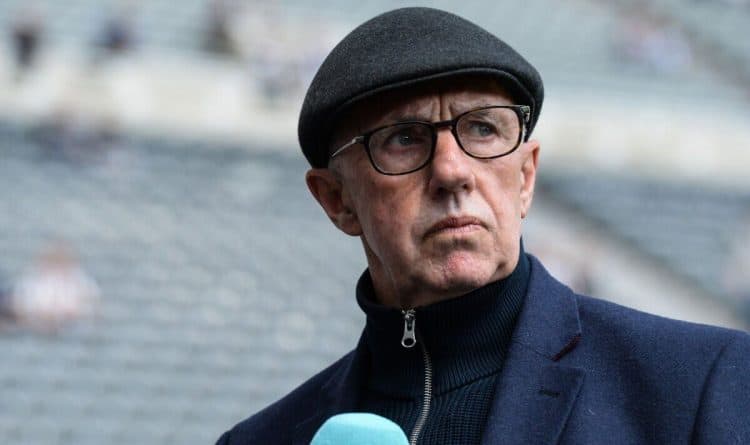 Aww, jeez. Mark Lawrenson, who has served as a football pundit for the BBC over the past 30 years or so, has become the latest self-proclaimed victim of ‘woke culture’. This, after the former Liverpool player blamed ‘being white and aged 65’ for his exit.

Ali G did it better, mate…

A regular on Football Focus, Match of the Day, and selected live matches, Mark Lawrenson made himself a household name across the country. However, ‘Lawro’ was never a widely popular figure – as Twitter users have been keen to point this out.

As part of his mopey rant in the Sunday Times, the footy expert claimed that the Beeb was ‘driving him bonkers’ with its alleged agenda:

“It’s because I’m a 65-year-old white male. Nobody ever said you can’t say this or that, but the woke thing drives me bonkers. Whereas normally you’d say the first thing that comes into your head, you’re now thinking, ‘If I say that will I get into trouble?'” | Mark Lawrenson

Mark Lawrenson told some ‘home truths’ about his popularity

What is perhaps the most revealing about this take from Mark Lawrenson, is how utterly shocked he is by the concept of ‘thinking before you speak’. If he was hoping for sympathy on social media, however, there isn’t a great deal of it to be found.

Rather than indulge Lawrenson on his musings, a number of prominent accounts have called the veteran broadcaster out for some of his genuine shortcomings. Rather than playing the victim, Lawro has been asked to consider some very different factors.