Parts of Russia have been rocked by civil disobedience this week - and these woman in Dagestan have made a powerful stand. 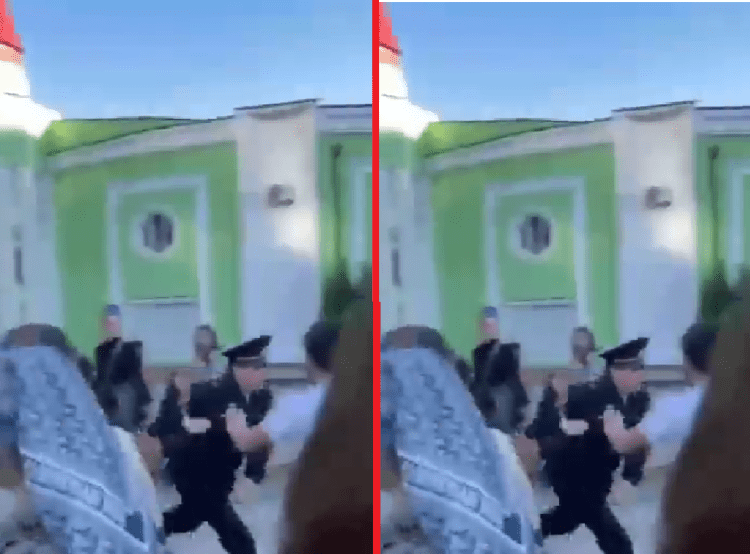 Resistance to the Russian regime is beginning to surface in cities and regions all across the sprawling state. Following Vladimir Putin’s decision to mobilise both army reservists and ordinary citizens for his war on Ukraine, his people have expressed their dissent.

Of course, any form of protest against Putin and his comrades is usually crushed by law enforcement authorities. Demonstrations in major cities like Moscow and St. Petersburg have seen scores of citizens arrested, as the anti-war movement grows more vocal.

In recent days, civic squares and busy streets have played host to some of highly significant protests against the Russian regime. On Sunday, the brave townspeople if Dagestan – a region in the south-west of the nation – put up an almighty front against the mobilisation measures.

Protests here have been fierce. Hundreds, if not thousands have turned out in public, confronting police officers and demanding an end to the bloodshed across the border. Putin’s forces have suffered a set of embarrassing losses, prompting a petulant response.

Russian ‘mobilisation’ sets of a chain of protests

Dagestan is a region which has experienced grim losses in war before. The wounds are still fresh for many locals. Whereas the men will be the ones conscripted, it is the women who are seemingly leading the fight against this authoritarian pursuit.

Footage reaching us from this part of Russia on Sunday shows how dozens of women have stood up against heavy-handed policing. Some videos capture groups standing their ground, and telling police officers that RUSSIA is the sole aggressor in this conflict.

Other clips capture the women surrounding police cars, and fighting to free detained citizens. However, the biggest highlight of all involves one particular officer – and this cop was forced to flee from a flock of fearless females earlier in the day…