He said the Tory policy was for the “rich to get richer” while offering little to ordinary workers. 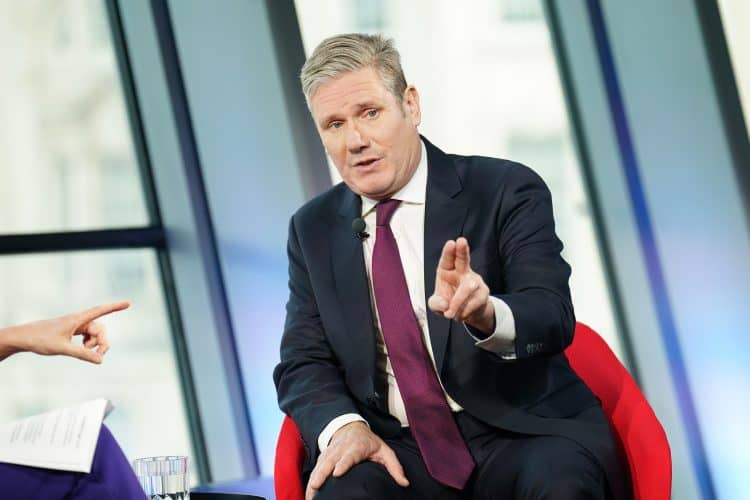 Sir Keir Starmer called trickle down economics a “piss take” as he tore into the new tax cuts announced by the government on Saturday.

The Labour leader, who said his party now had a belief it would win the next general election, said the mini-budget announcements by Chancellor Kwasi Kwarteng had set clear political dividing lines.

He said the Tory policy was for the “rich to get richer” while offering little to ordinary workers but said Labour would reinstate the 45p additional rate of income tax for top earners which Mr Kwarteng abolished from April next year.

But Sir Keir said he backed Mr Kwarteng’s promise to cut the basic rate of income tax from 20p to 19p.

He said people were facing a “very difficult winter” with supermarket customers “looking at the price of food and having to put it back down again” because of soaring costs.

“It’s on the back of 12 years of Tory failure. We’ve had an economy that hasn’t really grown very much for 12 years, we’ve had wages which haven’t really moved for 12 years, because they’ve taken the wrong decisions, they haven’t planned for the future.

“And now we’ve got this decision on Friday to take a very risky approach to the future, driven by this ideology, this argument – wrongheaded argument in my view – that if you simply allow the rich to get richer, somehow that money will trickle down into the pockets of all the rest of us.”