Study found that although dead whales are still valuable sources of fat and protein, it will not be enough to sustain most polar bears when the Arctic becomes ice-free in summers 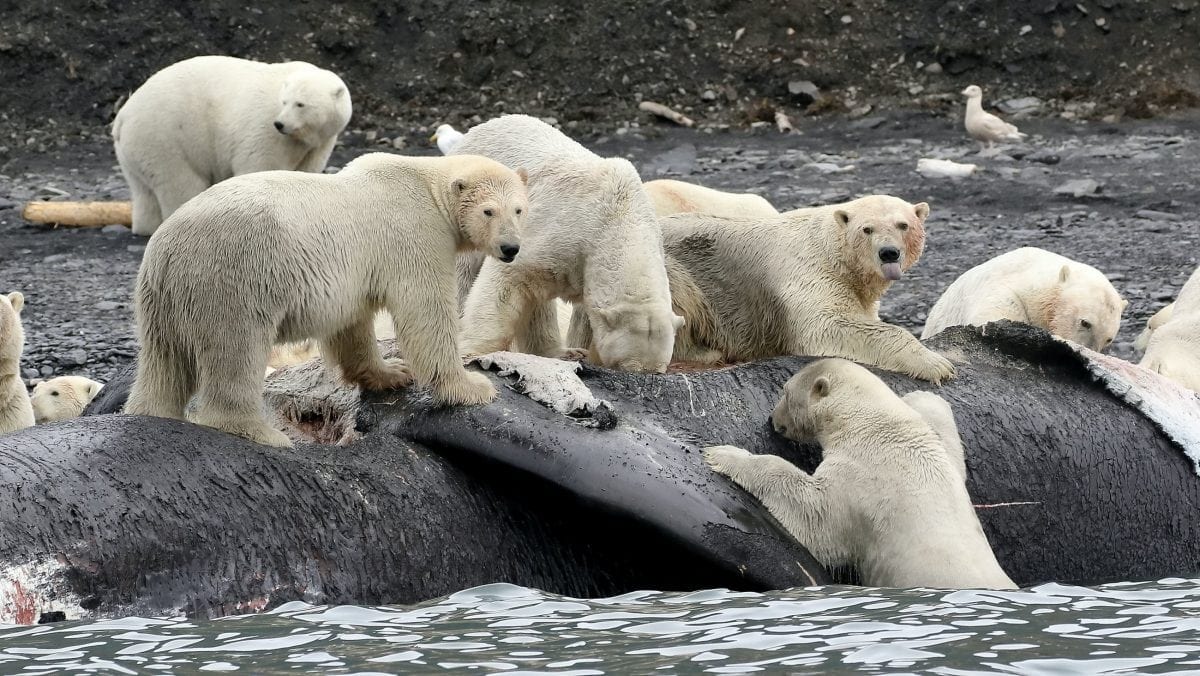 Polar bears gorged on whales to survive previous warm periods in the Arctic – but that won’t be enough in future, warns a new study.

When sea ice cover was low in past warm periods, researchers say that polar bears likely survived by scavenging on the carcasses of stranded whales.

They say that sustained the bears when they were largely restricted to land, unable to roam the ice in search of seals to hunt.

But the new study found that although dead whales are still valuable sources of fat and protein, it will not be enough to sustain most polar bears when the Arctic becomes ice-free in summers – forecast to occur by 2040 due to climate change.

Study lead author Associate Professor Kristin Laidre, a marine biologist at the University of Washington’s Polar Science Centre, said: “If the rate of sea ice loss and warming continues unmitigated, what is going to happen to polar bear habitat will exceed anything documented over the last million years. 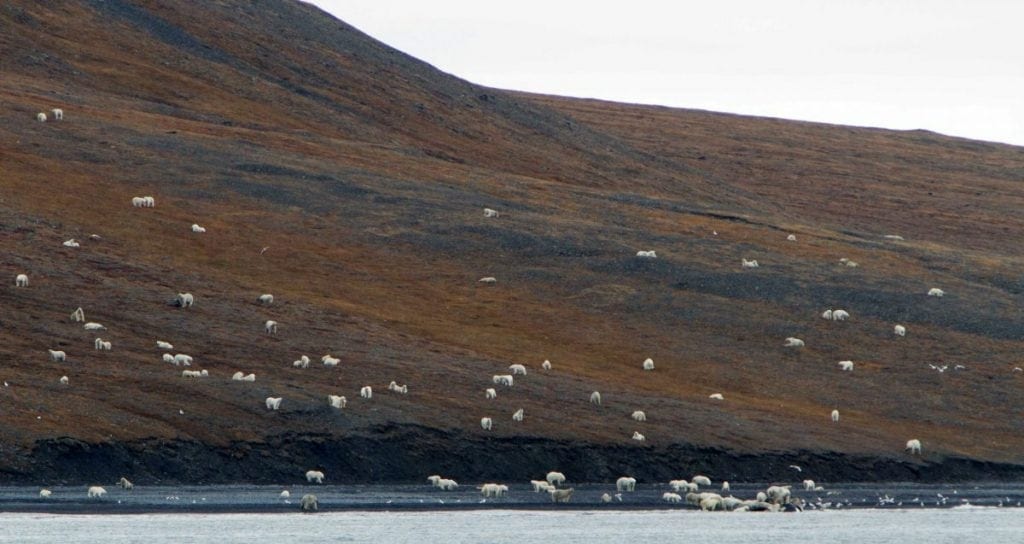 “The extremely rapid pace of this change makes it almost impossible for us to use history to predict the future.”

She said polar bears need sea ice to survive because it is an essential platform for hunting seals, their main food source.

They travel over the ice, searching for breathing holes or seal birth dens.

When the ice breaks up in late spring, Dr Laidre said some polar bears will fast on land, waiting for the ice to re-form so they can resume hunting.

But polar bears are opportunistic feeders and have been seen in several locations eating the carcasses of whales that died at sea and washed ashore.

They can quickly eat and store large amounts of fat. In some cases, between 40 and 60 different polar bears have been observed feeding on large bowhead and gray whale carcasses and, in 2017, more than 180 bears were seen scavenging on a single dead bowhead whale.

Individual bears frequently return to the same carcass over multiple years, according to Dr Laidre

The researchers drew on years of observations in the field to assess the potential importance of whale carcasses and how they might help polar bears survive an ice-free Arctic.

They said it’s clear that polar bears persisted through low-ice interglacial periods in the past that resulted from naturally occurring climate cycles.

The researchers hypothesised that, to a significant degree, the bears likely survived by scavenging on whale carcasses, storing large amounts of fats when hunting seals was not an option. 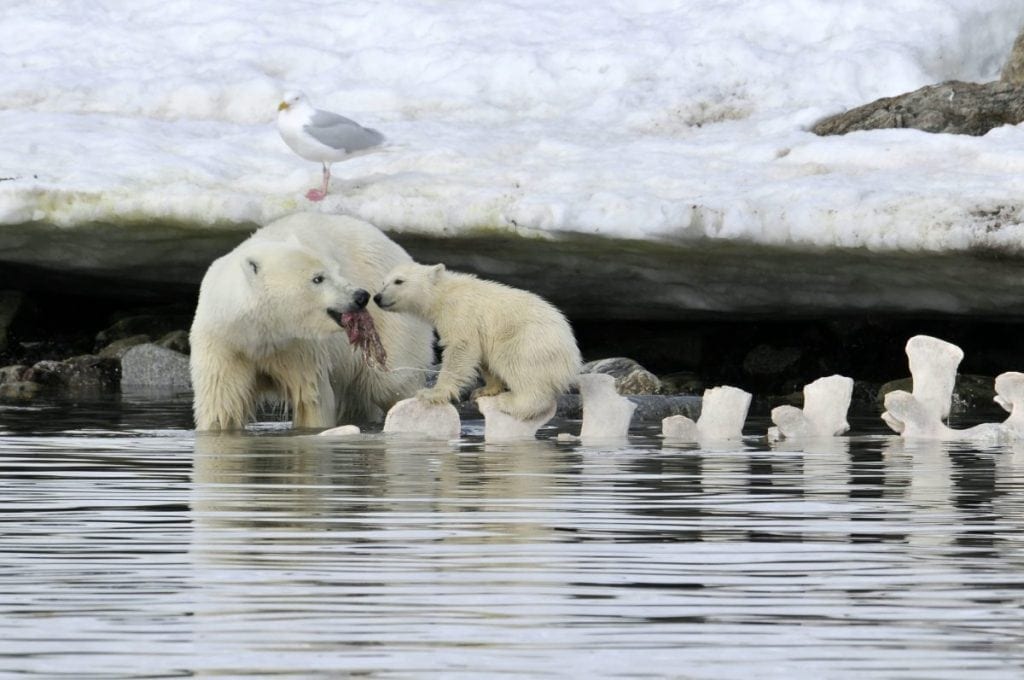 Co-author Professor Ian Stirling, who has studied polar bears for 45 years, said: “I think this is likely one of the most probable explanations for how polar bears made it through previous warm interglacial periods.

“But when we look at the situation now, ecologically, with respect to food sources, it’s a very different picture.

“The potential of whale carcasses to bail bears out may still be important in a few areas but, quite simply, their overall availability is going to be substantially less than before humans invaded the Arctic.”

The researchers wanted to determine whether enough large whales dying and washing ashore each year could replace seals as a food source for polar bears in some areas.

They first calculated how much blubber and meat an average population of 1,000 polar bears would need as a food source each year.

Then, they looked at the abundance of gray and bowhead whale populations – focusing on the coasts of Chukotka and Alaska – and estimated the number of potential strandings, factoring in that about 10 per cent of whales that die will float to the surface, and only some of those end up on land that is accessible to bears.

Their analysis, published online by the journal Frontiers in Ecology and the Environment, found that during ice-free summer months, a hypothetical population of 1,000 polar bears would need to eat about eight whales. 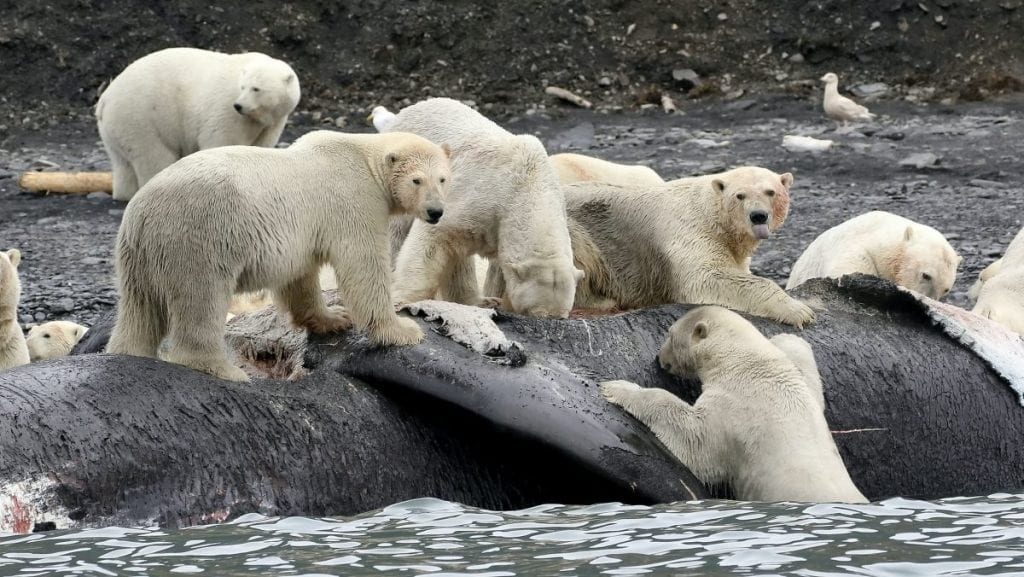 And during the springtime feast when bears eat more, about 20 whales would be needed to satisfy the same 1,000 bears.

In the Chukchi Sea, long-term data collected in Russia indicate that enough whales die and float to shore each year to potentially meet the need.

But feeding on dead whales, while possibly critical in historical times, seems unlikely to help most polar bears survive a rapidly warming Arctic.

The Arctic is home to 19 subpopulations of polar bears, but not every region sees large whales strand and die as regularly as the Chukchi Sea.

And, although whale carcasses likely helped polar bears survive in past low-ice periods, the researchers said that the Arctic landscape has changed drastically since then.

They said present-day whale populations are much smaller due to previous human exploitation, and recent human activity in the region – such as shipping, coastal communities and offshore industrial activity – can further impact polar bears, whales, and the ability of bears to make use of whale carcasses. 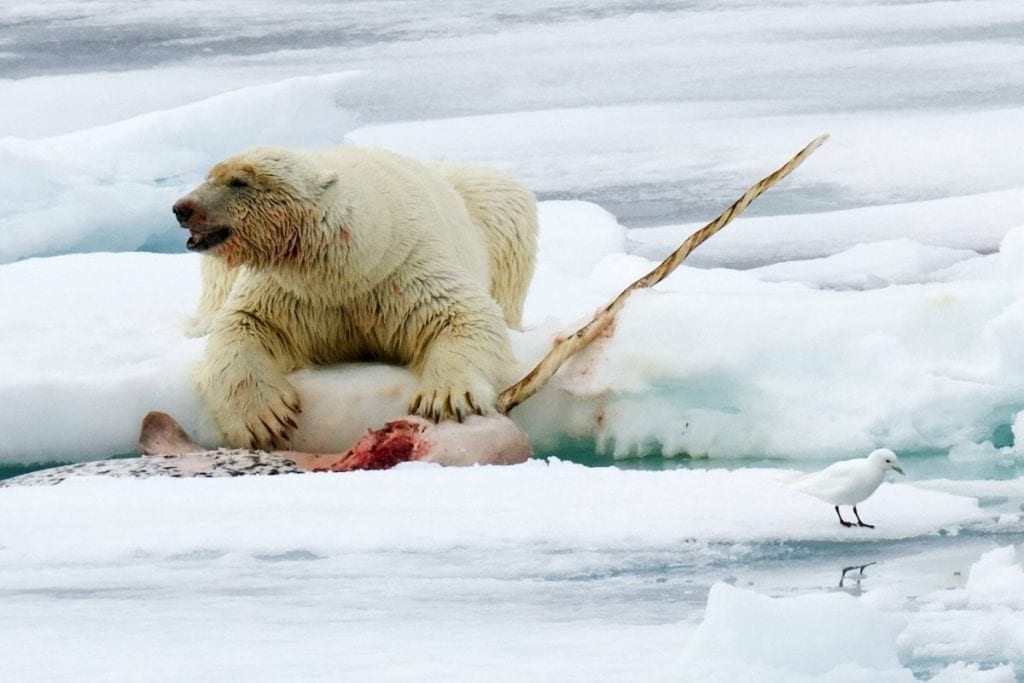 Dr Laidre added: “Scavenging on large whale carcasses is probably important for bears in some areas and may buffer them from sea ice loss.

“However, carcasses of large whales are not expected to replace seals as nutritional resources as we move towards an ice-free Arctic.

“In most regions, the environmental changes are too large and the whale carcasses are too few.”