He used to be in charge of UKIP. But these days, you can catch Henry Bolton OBE freaking out about falafel by the banks of the Thames... 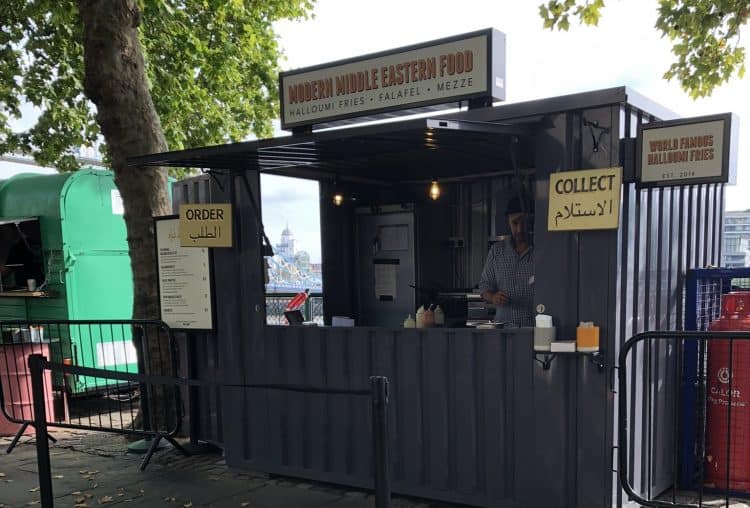 Please, Henry Bolton, can we swap problems with you? The former UKIP leader showed himself up on Twitter this weekend, and lost his temper over a row of falafel and chicken food stalls along the Thames.

Who is Henry Bolton? Ex-UKIP leader ‘shouts at food’

Citing stalls like ‘Middle East Falafels’ and ‘Nashville Hot Chicken’, Mr. Bolton launched into a tirade against the traders. He branded the businesses as ‘tacky and messy’, before demanding that some British stalls were brought to the area instead.

The OBE has served a distinguished 21-year career in the military, and was actually born in Kenya. Despite his credentials, Henry Bolton only lasted five months in charge of the Euro-sceptics, due to a ‘racial controversy‘ involving his new partner at the time.

Getting upset by Falafel vans is fairly on-brand for an ex-UKIP leader, we’ll give him that. He also found time to blame Sadiq Khan for this particular arrangement, pretty much completing the far-right bingo card.

What’s more, we saw a Borat-style ‘NOT’ joke for the first time in about a decade…

“There’s a bunch of tacky pop-up fast food stalls along the Thames at the Tower of London. I realise back in the day all sorts of traders would frequent the area, but ‘Middle East Falafels’ and ‘Nashville Hot Chicken’? Another great policy from Sadiq Khan – NOT!”

“It’s looks a mess. The place is a tip! It is a mess, and there was no British food there. It’s next to one of the biggest attractions in Britain’s capital, and it’s another example of Sadiq Khan lowering the standards of this city.” | Henry Bolton

Bolton was, quite predictably, ridiculed for his diatribe – suffering a dreaded ‘ratio’ on Twitter.

His post fetched almost 8,000 replies, compared to just 900 likes, within the first 24 hours. Some questioned why he wasn’t embodying the ‘pro-enterprise’ values of the party he used to lead.

Others, however, just went ahead and took the p**s. There’s nothing wrong with either approach…