Labour wants early election so Tories can be ‘swept away’

Nick Thomas-Symonds said his party is on an ‘election footing’. 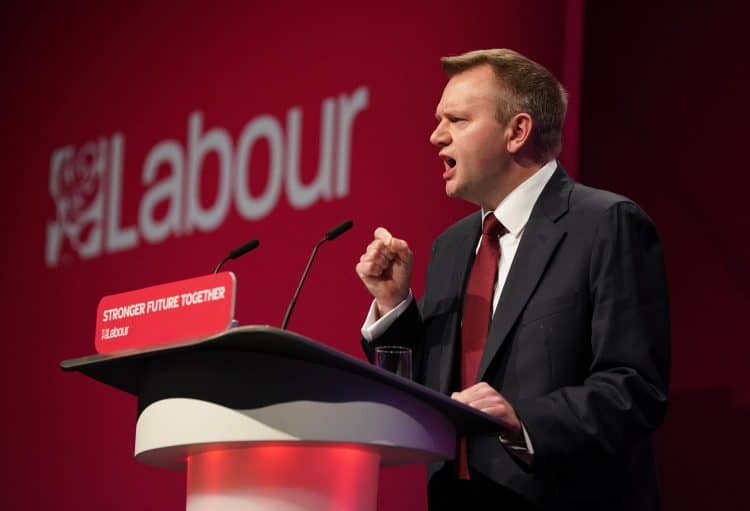 Labour is on an “election footing” and wants the Conservative Government “swept away as soon as possible”, a shadow minister has said.

Nick Thomas-Symonds also said reports that some Tory MPs are plotting to help Boris Johnson mount a political comeback show the Tory party “has completely lost its way” after 12 years in office.

His remarks come as the UK awaits the announcement on Monday of the winner of the Tory leadership contest, with Liz Truss expected to beat Rishi Sunak in the race to Number 10.

Mr Thomas-Symonds, the shadow international trade secretary, told Sophy Ridge on Sunday on Sky News: “We are absolutely on an election footing and I want to see this Government swept away as soon as possible.

“These are continuity candidates and part of the Conservative debate over the summer has been about all the problems caused by 12 years of Conservative rule.

“To sweep this Government away we need to have that general election, and we in Labour want to see that general election happen as soon as we possibly can so we can get on with the job of rebuilding our country’s economy and standing beside people in this acute cost-of-living crisis that looks like it’s only going to get worse in the months ahead.”

It claims they hope to force a fresh leadership vote by Christmas so Mr Johnson might return to power.

On speculation of a comeback by Mr Johnson, Mr Thomas-Symonds added: “It really does show the depths to which the Conservative Party has sunk and the fact they are so tired after 12 years in office.

“They’ve just ousted a leader after his flagrant disregard for Covid rules, after he showed, time and again, it was one rule for him and another rule for the rest of the population.

“It really does show now the Conservative Party has completely lost its way if they are saying credibly that they want to get rid of one leader, then try to have a leadership contest with others, then try and bring the other leader back.”

Former Conservative chancellor Lord Hammond dismissed as “fantasy” the notion that Mr Johnson could mount a political comeback, warning him not to linger over the new government like a “malevolent shadow”.

He told the same programme that “Boris has not been a good Prime Minister”, adding: “He needs to let the new prime minister get on with his or her job and make it clear that he’s moved on as well.”

Elsewhere on the broadcast rounds, shadow attorney general Emily Thornberry said Ms Truss is “quite lightweight” and not “into detail”.

“I think her weakest characteristic is that she just isn’t somebody who’s into detail, and in that way can be quite lightweight and can be caught out.”