Some worrying polling data for the Tory leadership favourite. 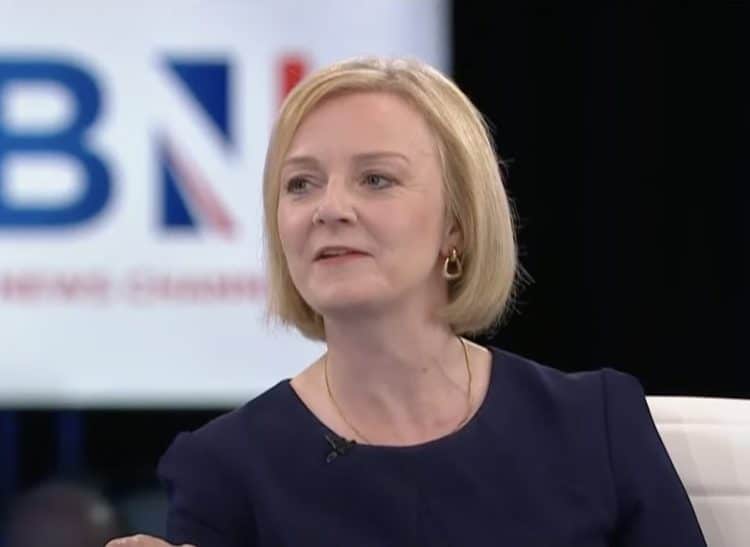 As Liz Truss looks set to become PM, her ratings among people who voted Conservative at the last election have crashed after soaring at the beginning of the campaign.

Just three in ten (31 per cent) of 2019 Conservative voters agree that Liz Truss is ‘principled’ while 35 per cent disagree, giving her a net score of -4 per cent. By comparison, at the beginning of August, her net score on this measure was +29 per cent.

The pattern is similar across all of Opinium’s leadership attributes with the biggest falls being “has similar views to my own” (from +26 per cent to -16 per cent) and “looks like a prime minister in waiting” (+28 per cent to -11 per cent).

Opinium has tracked her ratings since the leadership contest came down to the final two candidates, and while Truss saw a spike in support for these characteristics at the start of August, these latest figures show a sharp fall across the board:

Among current Conservative voters, however, Truss comes out as net positive across all of the above measures but that pool is substantially smaller than the 44 per cent who voted for the party in 2019.

Truss’s lead over Sunak as the preferred PM choice of 2019 Tories has also shrunk from 7 points (34 per cent to 27 per cent) in our last poll two weeks ago to just 2 points this week (30 per cent to 28 per cent) while her lead among current Conservative voters remains largely unchanged, 41 per cent (-2) vs. 31 per cent for Sunak (no change).

Voting intention and views on the leaders

In terms of voting intention, Labour currently leads by 4 points with 38 per cent of the vote share (-4 since 17th August), while the Conservatives are +3 with 34 per cent.

When asked who would make the best Prime Minister between Truss and Keir Starmer, 29 per cent of the public chose Starmer (-2 since 17th August) compared to 20 per cent who chose Truss (-3).

When respondents were asked who the best Prime Minister would be between the current leadership candidates, 24 per cent chose Sunak (+2) and 17 per cent picked Truss (-2).

James Crouch, head of policy and public affairs at Opinium, said: “If Liz Truss becomes Prime Minister on Monday, this will be because she caught the interest of Conservatives at a pivotal point in the campaign.

“However, she will arrive in Downing Street with much of that initial enthusiasm on the wane, seen even by Conservatives as out of touch and with unpopular views.

“While all we can say for certain is that views on Liz Truss remain highly volatile, if she becomes Prime Minister she will be hoping dearly for a polling bounce that will cushion what is likely to be a very difficult first few months in office.”