The front pages are dominated by negative reaction to the possibility of Jeremy Corbyn leading the country. 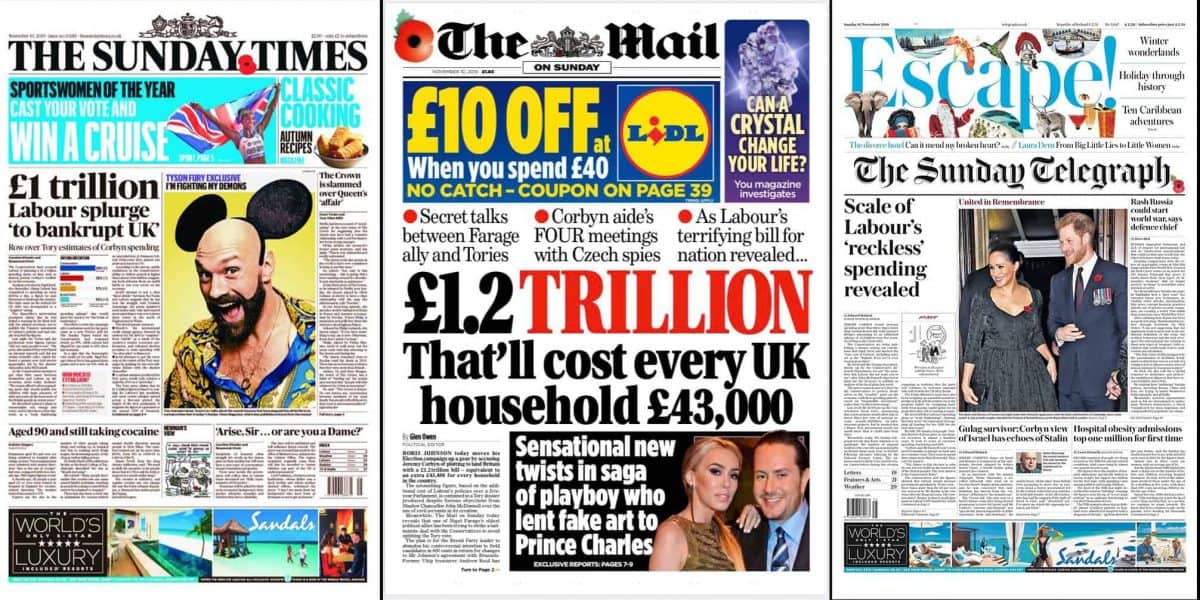 The economic prospects of a Labour Government lead Sunday’s papers, with “trillion pound” splashes dominating the front pages of most nationals.

Shadow chancellor John McDonnell says Labour will in coming days present its “most radical” manifesto which will include pledging a universal basic income and responses to climate change, according to The Independent.

But The Mail on Sunday and The Sunday Telegraph say that a Jeremy Corbyn-led Government would dramatically increase spending, with The Sunday Times reporting such a “splurge” would “bankrupt UK”.

The Sunday Times leads with the row between the Conservatives and Labour over spending plans. And our pictures of Tyson Fury are unlike anything you've seen before #tomorrowspaperstoday pic.twitter.com/c4RIri9NLt

Nigel Farage has given the Conservatives a “final ultimatium” to form an alliance with his Brexit Party before the pre-Christmas poll, according to the Sunday Express.

Related:John Bercow: David Cameron thinks people like him are born to rule