The balloon, which is more than 20 feet tall, was set up in a nearby park. 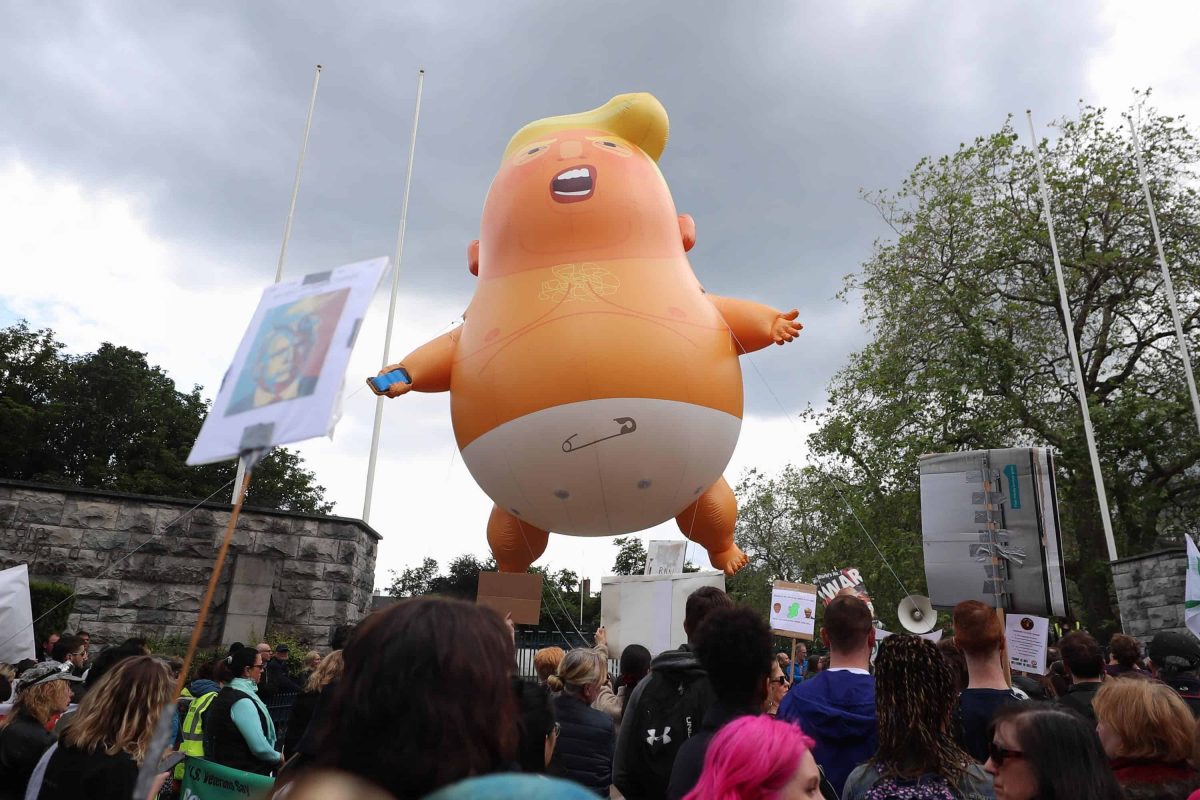 A giant Baby Trump protest balloon was knifed and deflated by someone unhappy with its appearance during the US president’s trip to Alabama, organisers said.

The incident occurred during President Trump’s visit to watch the University of Alabama football game.

The balloon, which is more than 20 feet tall, was set up in a nearby park.

Jim Girvan, the organiser of a group that “adopts” out Baby Trump balloons for protests, said a man charged the balloon with a knife and cut an eight-foot-long gash in the back.

Mr Girvan said the unidentified man was arrested. Tuscaloosa police did not immediately respond to a request for more details.

The orange, nappy-clad, mobile phone-clutching caricature of the president is often taken to Trump appearances as a way to protest against him.

Baby Trump first rose over London when local activists brainstormed a way to troll the president. Now several groups raise money to bring balloon replicas around the US.

Robert Kennedy, a volunteer “baby sitter” who brought the balloon to Tuscaloosa, said the balloon immediately began to sag after it was cut.

The day had been going mostly smoothly, Mr Kennedy said. Some people yelled “Trump 2020” as they passed while others posed for selfies with the balloon.

But then Mr Kennedy said a man sidled up on the back of the balloon and attacked it with a knife. He ran away but was caught by police officers, Mr Kennedy added.

Mr Kennedy said he has accompanied Baby Trump to many appearances and never witnessed an attack on the balloon, although someone did stab a Baby Trump balloon in London earlier this year.

“It is rare to get that kind of anger,” Mr Kennedy said.