"Thankfully we left the EU before it decided to make our lives considerably easier and stop billion $$ tech firms ripping us off......" 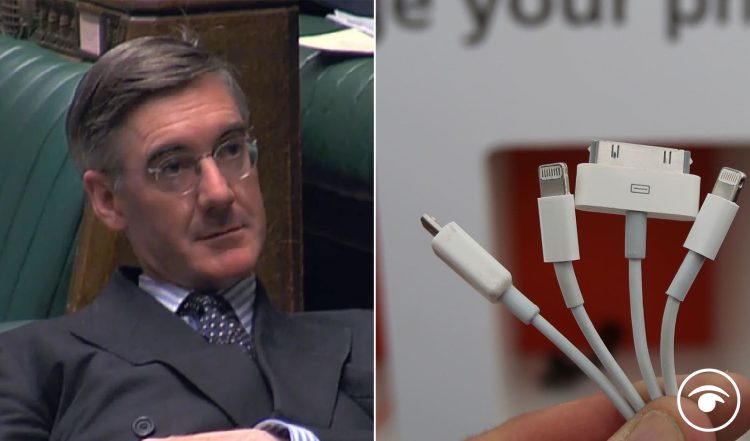 It’s Brexit day, six years since we took the plunge and left the single market.

So how is it going? According to ex-Brexit Party MEP Lance Forman: “Boris Johnson is probably one of the most left wing Tory leaders we’ve had since Ted Heath.”

So that’s kind of where we are…in la la land,

But it was Rees-Mogg who was keen to signal out a Brexit benefit.

So the Moggster reached into his back pocket and pulled out charger, literally.

He told the House that: “Thankfully, we left the EU before it decided to mandate what sort of phone chargers we can have.

“A typically short-termiest and anti-innovation measure which will only have a long-term negative effect on consumers.”

You will admit it’s a biggy, six years of economic decline but it’s all been worth it for this. We dodged a bullet here.

He was referring EU plans to introduce legislation to ensure new portable electronic devices must universally use a USB C charger by autumn 2024. This is seen by most people, apart from Apple, to actually be a benefit to users.

It was a stupid comment, and it was rightly ridiculed: