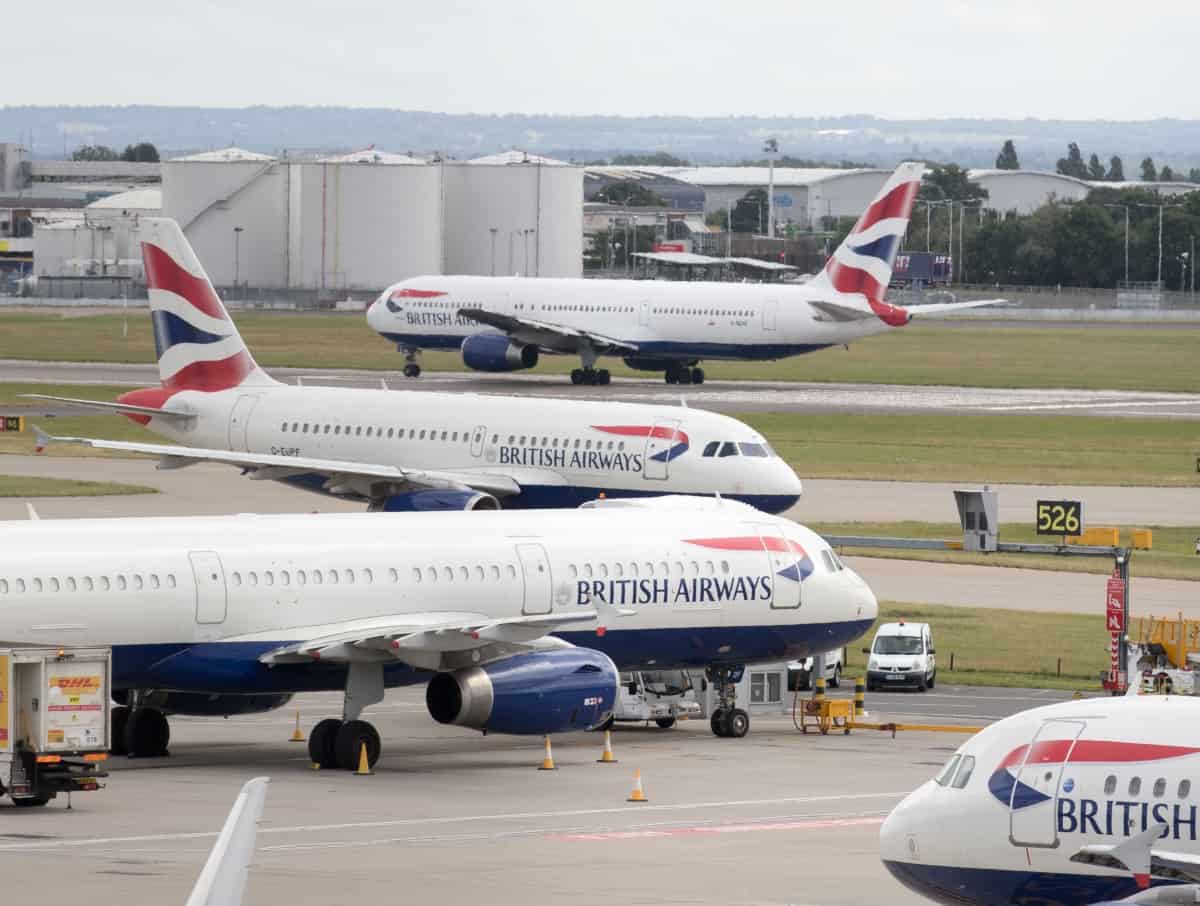 British Airways workers have voted to strike during the school summer holidays, as the rail strikes are already underway.

The GMB trade union finished balloting its BA members working at Heathrow Airport, announcing that 95% of workers had voted to strike this summer.

Separately, BA workers at Heathrow who are members of the Unite union have been balloted too, with results expected early next week.

In total, more than 700 BA check-in staff and ground handling agents could strike during this industrial action.

Industrial action dates are likely to be during the peak summer holiday period, according to GMB.

Workers are also angry over the airline’s use of ‘fire and rehire’ practices as a way of cutting pay during the outbreak.

The union is seeking to reverse a 10% pay cut on workers imposed during the pandemic. BA says it has offered a 10% one-off bonus, but not a return to the same pay as before.

In 2020, all British Airways staff had to endure a 10% pay cut due to lockdown. That 10% has now been fully restored. To management only.

“BA have tried to offer our members crumbs from the table in the form of a 10% one-off bonus payment, but this doesn’t cut the mustard.

“Our members need to be reinstated the 10% they had stolen from them last year with full back pay and the 10% bonus which other colleagues have been paid.

“GMB members at Heathrow have suffered untold abuse as they deal with the travel chaos caused by staff shortages and IT failures.

“At the same time, they’ve had their pay slashed during BA’s callous fire and rehire policy.

“What did BA think was going to happen?

“It’s not too late to save the summer holidays – other BA workers have had their pay cuts reversed.

“Do the same for ground and check-in staff and this industrial action can be nipped in the bud.”

Unite officer Russ Ball said: “The problems British Airways is facing are entirely of its own making. It brutally cut jobs and pay during the pandemic even though the Government was paying them to save jobs.

“In the case of this dispute, they have insulted this workforce, slashing pay by 10% only to restore it to managers but not to our members.

“BA is treating its loyal workforce as second class citizens and they will not put up with it a moment longer.

“Strike action will inevitably cause severe disruption to BA’s services at Heathrow.

“The company has a short window of opportunity to reinstate our members’ pay before strikes are called. I urge BA not to squander that opportunity.”

Related: Digging hole for himself? Keir Starmer to skip Durham Miners’ Gala but will Mick Lynch be top of the bill?