"Polio's back, rivers are full of sewage, exports have collapsed, inflation is the worst in Europe, NHS waiting lists at an all time high and the rule of law is basically gone. Happy Brexit day indeed." 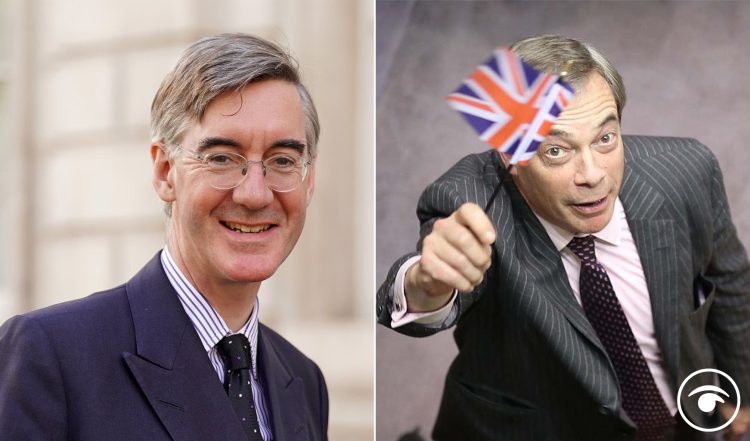 Martin Daubney is over the moon:

And so is Jacob Rees-Mogg. He has just said a “revolution” to reform EU law retained after Brexit will not turn the UK into the “Wild West”.

The Cabinet Office Minister, responsible for “Brexit opportunities”, said the Government will publish data every three months to show how many changes have been made to the 2,400 pieces of EU legislation in place following the UK’s departure.

But he declined to specify a target for how much remaining EU law on UK statute books would end up being removed or reformed..

However, the picture is less rosy outside the rose-tinted glasses of key Brexit fanatics.

The Resolution Foundation think tank’s report, in collaboration with the London School of Economics, said quitting the EU would make Britain “poorer” during the 2020s.

The study said the immediate impact of Brexit was already clear, with a “depreciation-driven inflation spike” increasing the cost of living for households and cutting investment.

The economists said real pay was set to be £470 lower per worker each year, on average, than it would have been if Britain had opted to stay inside the EU.

Sophie Hale, principal economist at the Resolution Foundation, said Brexit represented “the biggest change to Britain’s economic relationship with the rest of the world in half a century”.

She said: “This has led many to predict that it would cause a particularly big fall in exports to the EU, and fundamentally reshape Britain’s economy towards more manufacturing.”

“The first of these has not come to pass, and the second looks unlikely to do so,” the economist added.

“Instead, Brexit has had a more diffuse impact by reducing the UK’s competitiveness and openness to trade with a wider range of countries. This will ultimately reduce productivity, and workers’ real wages too.”

As it is Brexit day we thought we would add a few thoughts of people on social media.